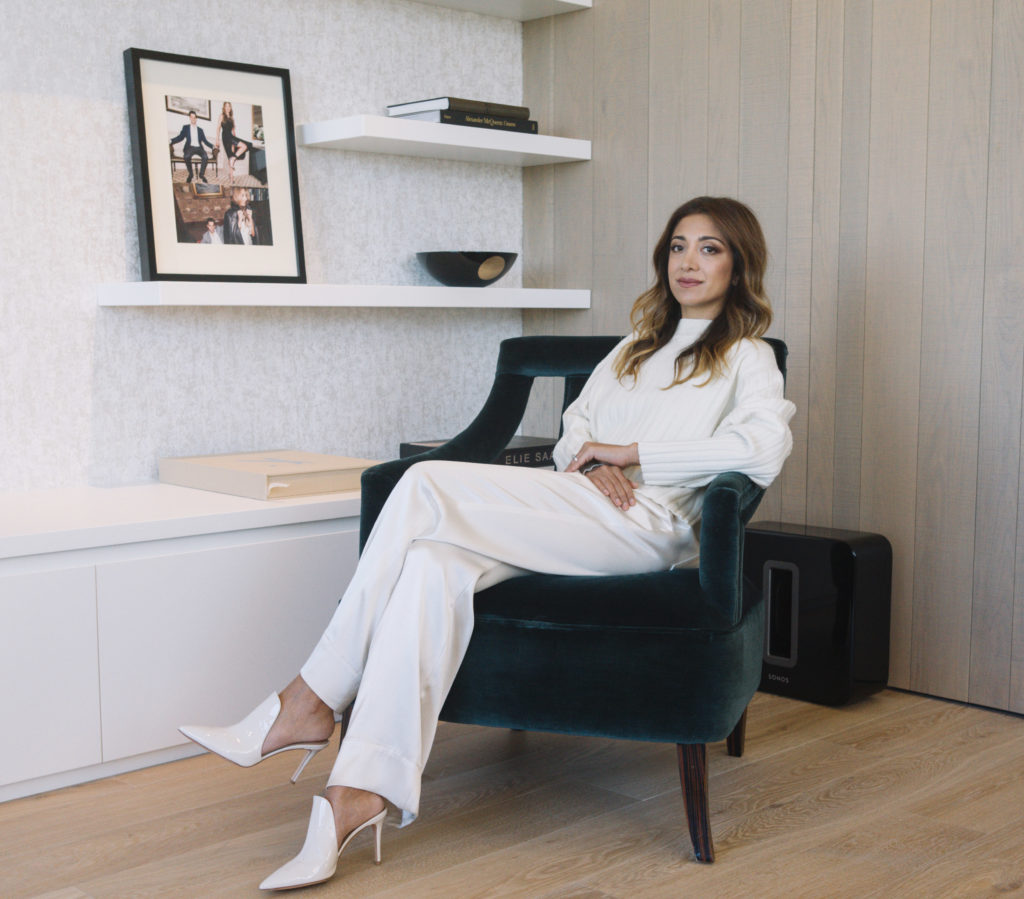 What Would a Contemporary Art Collector’s Fashion Line Look Like?

In 2014, Nina Sarin Arias transitioned from an art admirer to an art collector. Inducted into the art world by an art advisor friend, Arias, then a marketing manager at Burberry, developed a knack for spotting young talent on the verge of blossoming. Since then, her collection has grown to include minimalist works by the likes of American artists Sam Moyer and Sarah Crowner as well as chaotic, colorful pieces by Brooklyn-based abstract painter Eddie Martinez and German sculptor Anna Fasshauer. The artwork eventually became a source of inspiration for Arias’s nascent, one-year-old ready-to-wear label, which is informed by a different artist each season. From her Tribeca flat-cum-showroom, Arias retraces the steps of connecting art and fashion—both in her first spring collection and her early days as a collector.

A great deal of fashion designers have referenced art in their work. What makes your approach different?

I’m more literal in my approach to mixing the two. When something works, don’t fix it, you know? My spring 2018 collection is informed by two Claudia Wieser works with soft gradations of color and sharp but delicate geometry. The color story and lines are already so beautiful—I quite literally pulled from her paintings for the collection. The correlation is very direct.

The pieces are literal, but not in the sense that you’ve created separates covered in prints of Claudia Wieser paintings.

It’s only been two seasons, but I know exactly who my woman is. She really values effortlessness, but she would see right through an overt interpretation like that. 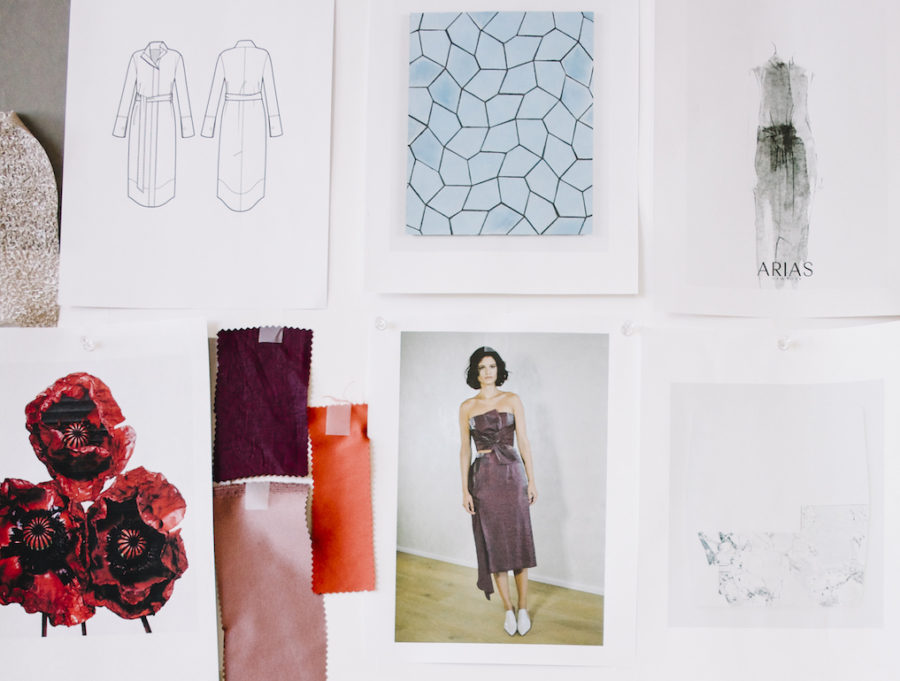 How did you translate Weiser’s work to clothing in a way that appeals to your customer?

I was fixated on the geometry and fragility of her work. I wanted to push those ideas forward in the clothes. There’s a pleated skirt that speaks to the harder lines in Weiser’s paintings, and the hemline is curved to resemble the contours in her work. We incorporated curves into the collection in other ways as well, like rounded necklines, asymmetrical cutting, and even taking it a step further with a loop construction in our knotted dress.

While fashion and art mix quite a bit, there’s always a tension between the two: the materiality of fashion can be off-putting for people in the art world.

I’ve witnessed that, but I don’t see it that way personally. They’re both businesses. There is a whole side to the art world that is numbers-driven. I try to focus on finding the commonalities between the two. 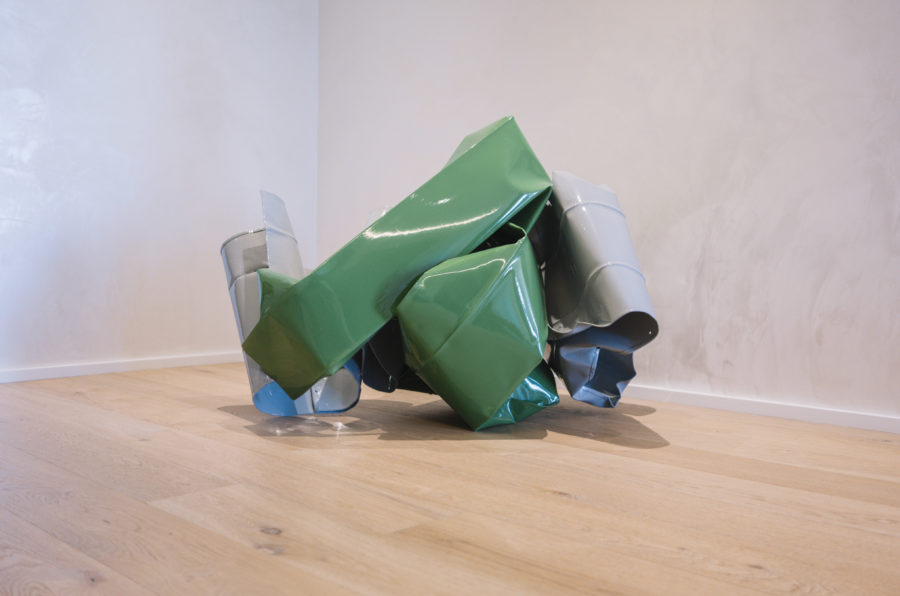 Yes, but also in the work. Nick Mauss, the artist who created this black-and-white photographic work, told me he took an X-acto knife to a mirror, etched these croquis into them, and made a negative digital print of it. He’s really thinking about the various stages of movement in a way that’s similar to the thought process behind designing clothes.

I also recall some of Sarah Crowner’s work from her solo exhibition The Wave at Nicelle Beauchene Gallery in 2014. She stretched canvas onto a frame and then hand-sewed these interesting curves and lines into it. That moment brought art and fashion together for me. The handwork felt almost like couture.

Do you see fashion as art?

No, I think they’re separate. There’s a permanent state to art, whereas fashion is more fluid. The knotted dress can be tied and pinned in different ways, but the art lives on a wall forever. The way I see it, art and fashion are sisters.