Retail is dying, according to some. With the digital, shop-from-anywhere experience now de rigueur, stagnant floor plans are doing little to bait customers into brick-and-mortar stores and keep them engaged. Always the unconventionalist, Off White founder and creative director Virgil Abloh bucks the cookie-cutter mold with another unique conceit for his brand’s first U.S. outpost: a dynamic new concept store called EM PTY Gallery. “My store isn’t like Starbucks,” the designer explains. “I’m dismissing the luxury idea of uniformity in every city.”

Partnering with various artists, Abloh plans to fill the versatile, white, cubelike space on Mercer Street with installations lasting four to five months. In the sea of stores with fixed shelving units and display tables, the protean gallery-boutique hybrid stands out by offering more than just merchandise. “I’m a curator alongside whoever I partner with to showcase art,” Abloh explains. “The clothing is brought in after as a response to the art. There are no [permanent] fixtures. Everything is removable.”

Abloh’s own installation, titled “Paths of Displaced Nature,” stands as the gallery’s inaugural exhibition. Browning leaves at the foot of willowy dehydrated trees with green foliage recall the set design at Off White’s fall 2017 runway shows, which Abloh also designed, helping to place the brand’s fall collection in its original context. This autumn, the space will be taken over by an entirely new concept, transforming the browsing experience for the shopper.

“If the experience doesn’t change, there’s no reason to come into a store five years later.” Or, perhaps even ever. 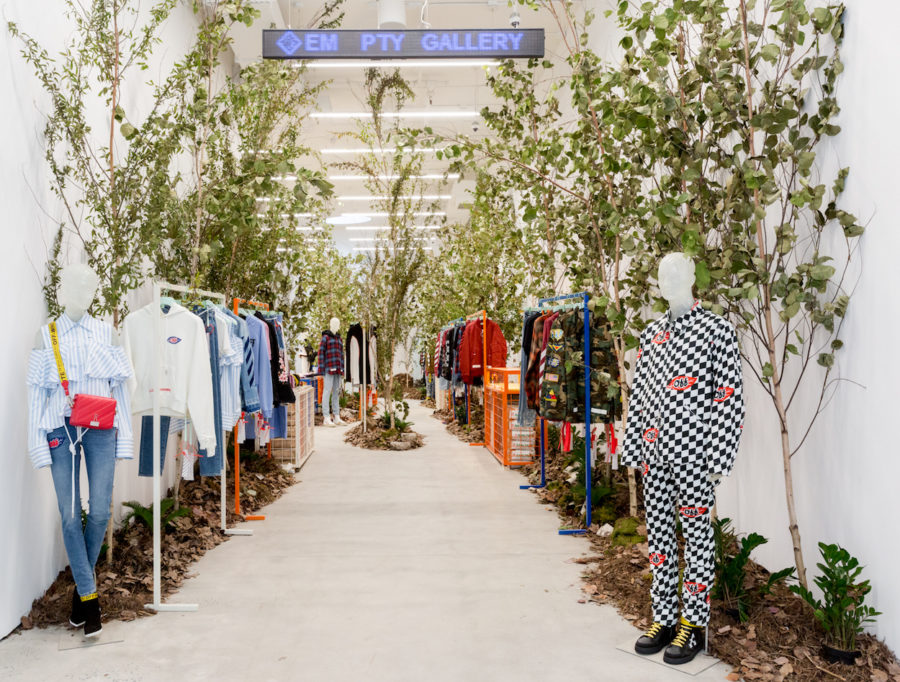