A Global Hotel Brand with a Local Spirit

Through dynamic contextual design and neighborhood-centric influences, each Renaissance Hotel tells the story of its locale.

At their best, hotels are both a reflection and an extension of their destination, a window into a place waiting to be explored. Most importantly, they have a sense of place, grounded in the neighborhoods they are found—a principle that Renaissance Hotels considers to be central to its DNA.

Take the Renaissance Minneapolis Hotel, The Depot, which occupies the bones of an 1864 structure by architect Charles Sumner Foster, who would later make a name for himself designing Chicago’s Navy Pier. Local studio ESG Architecture & Design nods to the building’s previous life as a train station for the Milwaukee Road line through various touchpoints. “We were really inspired by the local stories and imagery of the historic depot and train shed. We wanted to capture the excitement, romance, and sense of adventure from when experiencing travel was a big deal,” says ESG associate Mark Whitenack.

Those ideals are pronounced throughout the public spaces: the bar’s cocktail menu that resembles a retro flip departure board, period travel promotional posters, 1800s-style custom mosaic tiles, and the restaurant’s transparent chain metal screens with smoke plume motifs all allude to the golden era of train travel. “We came up with this concept of a female traveler who’s traveling by dining car as you would in the ‘20s, then morphing that into today’s business traveler and how they mix work and play and integrating the hotel into the neighborhood,” says ESG senior associate Lisa Van Der Pol.

The artwork, too, echoes themes of past and present. The lobby’s installation of vintage steamer trunks doubles as a collection of stories from the era when that style of luggage was fashionable. “When we went to go pick up a trunk from somebody’s house, they’d tell us about the history—who owned it, how it was used, who traveled with it,” says Danny Kahler, who curated the art, including an 18-foot conceptual triptych of a biker on the shore of Lake Superior and a gallery wall of vintage black-and-white photographs from the station’s century of use.

While Renaissance Minneapolis Hotel, The Depot pays tribute to the historic train station it now inhabits, the Renaissance Toledo Downtown Hotel is more of an ambassador for the city’s maker heritage. “Toledo has a rich heritage in glass, specifically with artists. Putting glass in the hands of artists allowed it to be used in new and unique ways,” says Mike Stevens, co-owner of Gathered Glassblowing Studio. Mike and co-owner Adam Goldberg fashioned a series of hot-cast prisms beneath the skylights in the lobby that reflect light and shadows of color depending on the time of day. Other local influences include the front desk made of reclaimed glass blowing molds and a Willys MB, an iconic model of Jeep that was used in WWII and manufactured in Toledo, exhibited near the entrance.

Beyond the art and design commissions, partnerships with cultural institutions foster deeper connections to the local community. An annex of the Toledo Art Museum gives guests an introduction to the city’s design scene, with an exhibition of glass studio manager Alan Iwamura’s colorful bowls and vases inspired by the curvilinear Glass Pavilion by Pritzker Prize–winning architects Kazuyo Sejima and Ryue Nishizawa of Japanese firm SANAA. The museum is part of a campus of impressive cultural venues, including the Frank Gehry-designed Center for the Visual Arts, that has helped to raise the city’s profile. “It’s a city that has opportunities for artists and young entrepreneurs to start something and make a living,” says Goldberg. “I think it’s a good breeding ground for new ideas.”

How individual properties interpret their neighborhood varies, imparting an idiosyncrasy to the portfolio that eschews cookie-cutter aesthetics. This past year, the 152-room Renaissance Philadelphia Downtown Hotel emerged from a multi-million dollar makeover by interior designer Campion Platt, showcasing its urban context with street art collaborations, including a graffiti wall by Dan Murphy and Alloyius Mcilwaine’s mural on the bottom of the indoor pool. There are also playful references to the city’s history, starting with the guest arrival in The Alley, which recalls nearby Elfreth’s Alley’s heyday as a hub for artisans and craftsmen, and extending to the Franklin Social bistro that pays tribute to the namesake founding father with cheeky portraits of his mistresses.

The intention, of course, is for each Renaissance Hotel to offer a unique experience while adhering to a unifying set of ideals. Like its sister properties, Renaissance Dallas at Plano Legacy West Hotel serves as an ambassador for its neighborhood by introducing guests to the artists, makers, and creators who make it unique. 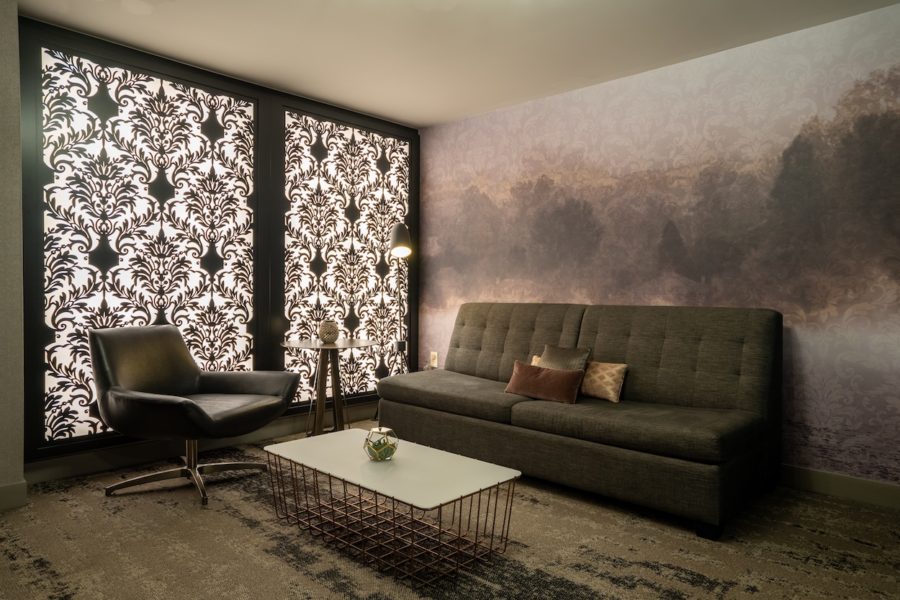 This story was conceived, produced, and edited by Surface Studios, the creative agency of Surface Media, with Renaissance Hotels.

The Immaculate Pan Paintings of B Wurtz