When the homes of great architects are preserved or renovated, they usually become historic sites. Visitors can tour the grounds, but they wouldn’t cogitate spending the night. For a group of students at the Harvard Graduate School of Design (GSD), those rules no longer apply: This month, the Richard Rogers Fellowship granted six aspiring architects the opportunity to live for three months inside London’s Wimbledon House, also known as 22 Parkside, to conduct research on alternative and sustainable urban futures.

Architect Richard Rogers, who won the 2007 Pritzker Prize, designed the house for his parents in the 1960s, during the earlier days of his career; he went on to design the Centre Pompidou in Paris and the Millennium Dome in London. The Wimbledon House bears many of the characteristics that would become his signature modernist aesthetic: a floor-to-ceiling glass facade; mirrored walls; neon green, orange, and blue hues; round-edged doors; and circular windows. In 2015, Rogers donated the house to GSD, working closely with Harvard to create a research center for young architects while also preserving its status as a heritage site. After a two-year renovation by British architect Philip Gumuchdjian, who worked at Richard Rogers Partnership for 18 years before starting his own practice, Harvard brings Rogers’ dream to fruition. 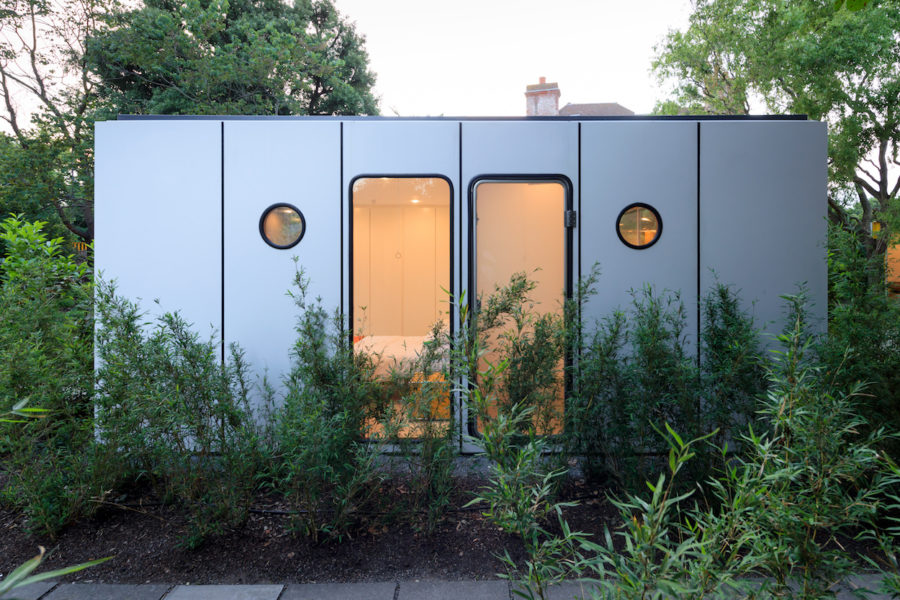