Three years after greatly expanding their presence in Miami, Mera and Donald Rubell transform an abandoned schoolhouse near the National Mall into a history-laden hub for their giant trove of contemporary art.

The Georgian Revival–style building at 65 I Street, less than a mile away from the National Mall in Southwest Washington, D.C., has quite the backstory. It opened in 1906 as an elementary school serving the area’s primarily Black population and was repurposed two decades later as Randall Junior High School. Though it shut down in 1978, the building withstood the southwest redevelopment program that destroyed much of the neighborhood’s fabric in the decades prior. Since then, it has housed artist studios, spaces for arts and educational programs, and even a men’s shelter. But years of neglect are giving way to its next chapter: an outpost for Mera and Donald Rubell’s enormous trove of contemporary art, which opened this past weekend to much fanfare.

The Rubell Museum D.C. arrives as an anomaly within the nation’s capital, a city rich in cultural institutions but not yet established as a center for contemporary art. But the Rubells are intent on moving the needle—their collection, which spans nearly 8,000 works, transforms the former schoolhouse into a world-class showpiece for today’s most celebrated artists. Mera aims for the setting to reveal art’s potential as a conduit for important discourse: “As a former teacher, I see artists and teachers playing parallel roles as educators and in fostering civic engagement,” she says. “With the preservation of this building, we honor the legacy of the Randall School’s many teachers, students, and parents.”

The mission is clear in the inaugural exhibition, “What’s Going On,” a tribute to the groundbreaking 1971 album by the late Motown legend Marvin Gaye, a Randall alum whose songs condemned the Vietnam War and social injustice. The show unites nearly 200 works by artists who, like Gaye, respond to pressing social and political issues. (Among them: Hank Willis Thomas, Tschabalala Self, Sylvia Snowden, Carrie Mae Weems, Kennedy Yanko, and Kehinde Wiley.) The show’s centerpiece is a pivotal series of 20 ink and gouache drawings that Keith Haring finished in one day while listening to Gaye on repeat and dedicated to Don’s brother, Studio 54 co-founder Steve, who succumbed to AIDS in 1989.

“The conversation that occurs in this city between culture and politics and international discourse is really unique to Washington,” Caitlin Berry, the museum’s newly appointed director, tells the Washington Post. “If the museum opens its doors and [Capitol] Hill staffers walk through and something they see ignites something in them to think about policy differently, our job is done.” 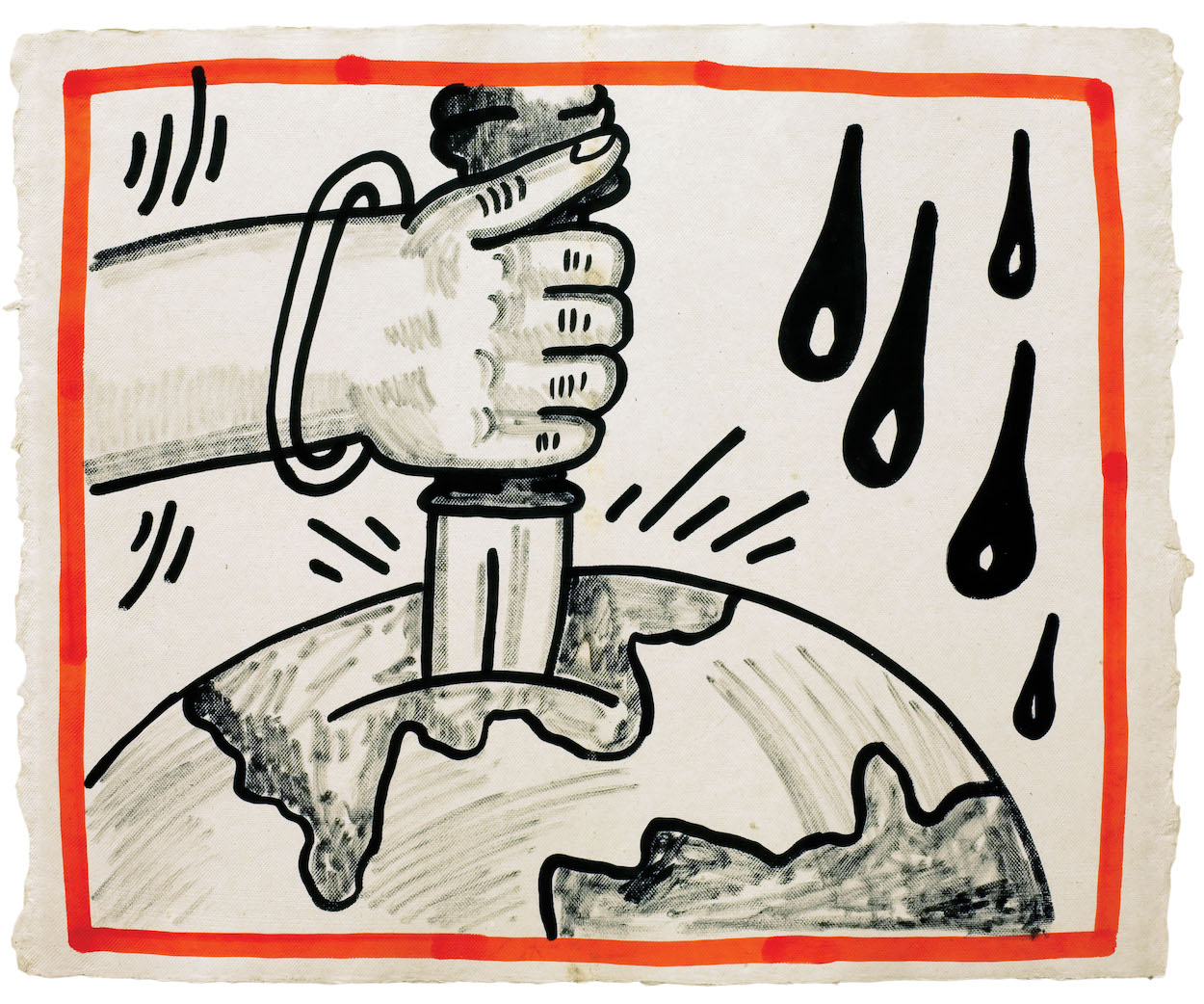 Converting the 32,000-square-foot structure into a museum with the help of architecture firm Beyer Blinder Belle was no easy task. Though the original layout has been preserved, including the pine floors marked with footprints from desks, an entirely new HVAC system had to be installed in order to maintain appropriate conditions for high-value pieces. “It creates this kind of astonishing environment where the artists and the artwork on the walls become the teachers again,” Berry continues. Ditto for the auditorium, where Gaye sang in the glee club and that will host ambitious large-scale installations and performances.

Seeing the project through turned out to be a 15-year endeavor. Fortunately, they’re a patient bunch—amassing their prodigious collection took nearly half a century, and their endorsements helped gradually propel the careers of such blue-chip talents as Cindy Sherman and Elizabeth Peyton. The process is a familiar one for Rubells, who transformed a derelict warehouse in Miami’s once-overlooked Wynwood in 1993, the opening salvo of the area’s evolution into an art-rich district. When that space proved too small, they enlisted Annabelle Selldorf to design a sprawling new home for their growing collection in nearby Allapattah.