The Lichen House embraces the natural wonder of a distinct California microclimate.

Ramalina, a genus of lichens marked by its flat branches, flourishes in life-giving microclimates—and, in turn, creates lush, geometric canopies that filter light, capture nutrients, and nourish the air. The Lichen House, completed in 2016 by San Francisco–based Schwartz and Architecture, pays homage to this natural synergy in astonishingly artful ways. Lofted in the hills above California’s Sonoma Valley, the project is a paragon of the firm’s design ethos, which is grounded in movement, spatial awareness, and a foundational belief in architecture’s ability to reveal the complexities of the world around it. Like a site-specific installation, each element of the house’s design works together with the others to embrace its surroundings. The breathable, T-shaped building is strategically oriented to regulate heat in the summer and draw in solar energy from the low-slung winter sun. A south-facing corridor, which looks out onto a pool, opens the space and acts as a thermal buffer to five bedrooms—each tuned to its own microclimate that prioritizes light, air flow, privacy, and picturesque views. Bright communal spaces unfold throughout the home’s west wing toward the valley’s expansive vistas. Meanwhile, a rippling trellis of metal rebar along the roof’s southern edge mimics both the form and light-filtering function of the lichen wrapped around nearby oak trees. 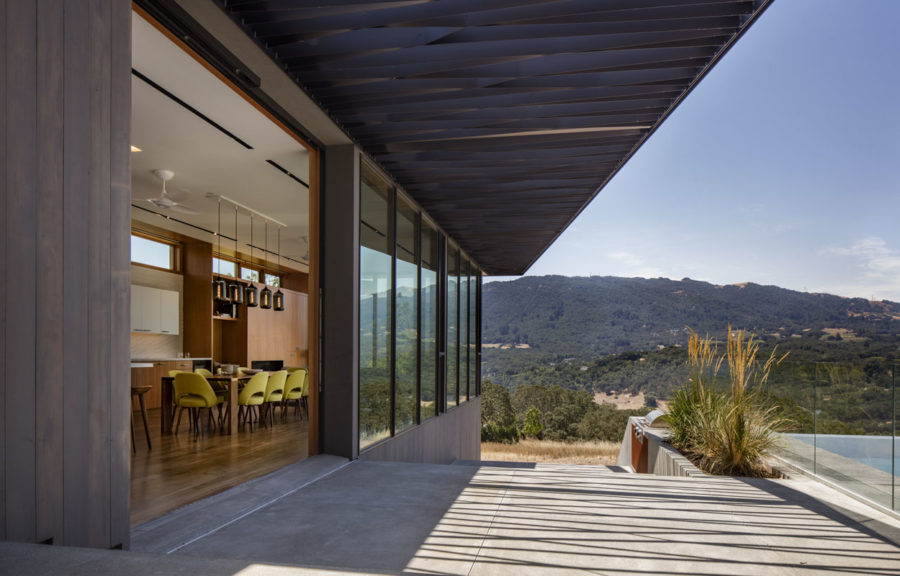 Schwartz and Architecture is a member of The List, the destination for all things Surface-approved. Want to join The List? Contact our team to find out how to apply.