Sterling Ruby’s Debut Collection Is the Toast of the Town

The American artist and frequent collaborator of Raf Simons presented a stellar show at Pitti Immagine.

The American artist and frequent collaborator of Raf Simons presented a stellar show at Pitti Immagine.

Sterling Ruby debuted his new brand S.R. STUDIO. LA. CA. with an inspiring collection at Pitti Uomo in Florence, arousing much-deserved cheers from fashion critics across the globe. Through the screen, his collection showed a deftness, a skillset that few fashion designers command with their first outing. Then again, Ruby, whose accrued career-defining exhibitions, is certainly not new to the fashion stratosphere.

He has been a frequent collaborator Raf Simons, influencing and, at times, working on many of the fashion designer’s collections during his stints at Dior and Calvin Klein. And, to be sure, the similarities between these two creatives are apparent, primarily in their fascination with stereotypical—and disparate—facets of American culture; the way they merge styles to form pieces that hint at nostalgia, but are of the now. 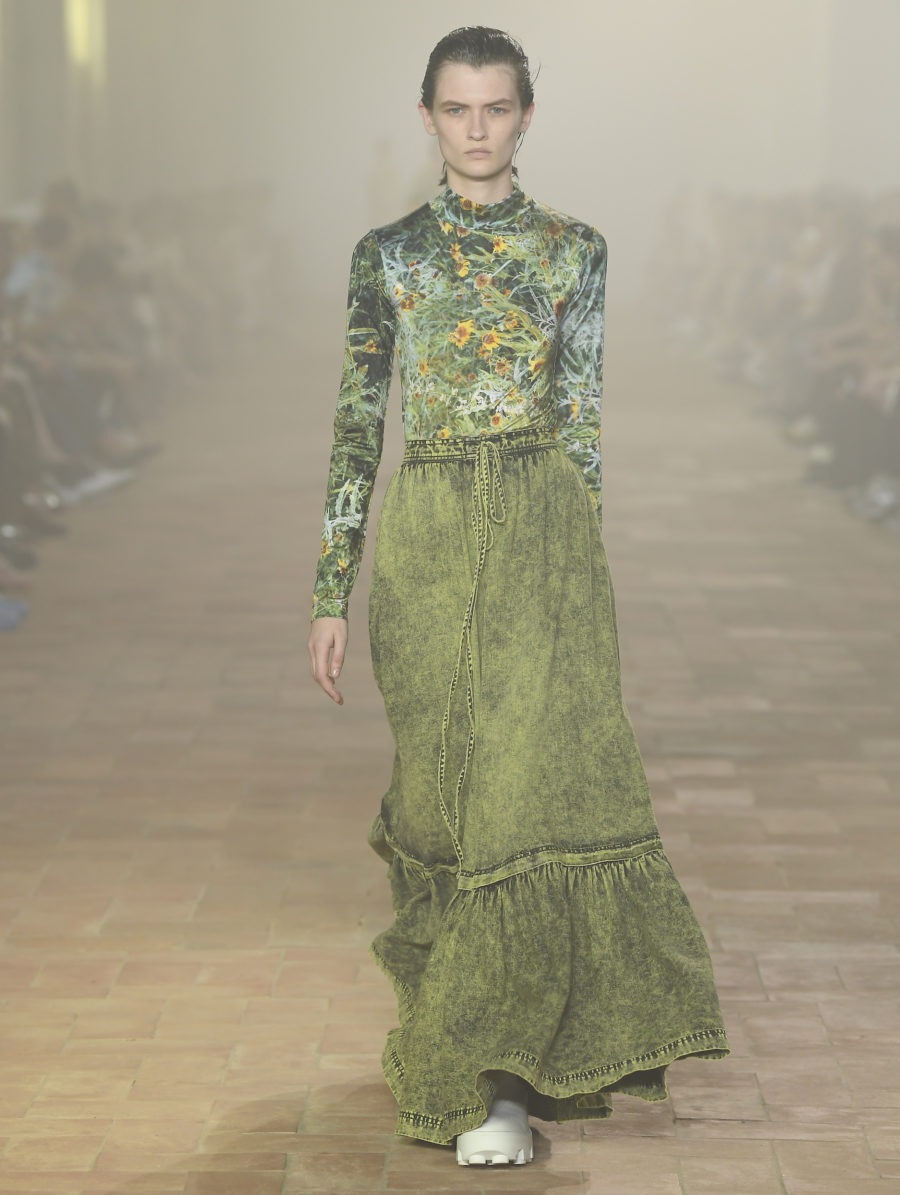 This can be seen in the plethora of denim pieces, prairie dresses, Mennoite-style prints and silhouettes, and ponchos with patchwork. The 45 looks were then subverted with neon and bleached fabrics; along with distorted prints of the American flag, outlines of California and produce found at the local grocery story. It’s as if the designer put aspects of Americana in a blender, doused them in acid, and served them in martini glasses for all to enjoy.

This cocktail was subtle with its juxtaposition of prints and textiles; and restrained with the proportions of the silhouettes. It was easy to digest, while simultaneously packing flavor.

Mining the Surface Archives: Gone, But Not Forgotten