The Los Angeles–based duo chats permeable boundaries, the architecture of Taco Bell, and the importance of a comma.

The Los Angeles–based duo chats permeable boundaries, the architecture of Taco Bell, and the importance of a comma.

Interview by Sheila Marikar
Photos by Misha Gravenor May 17, 2017

Let’s talk about the name of the firm. Have you ever gotten any pushback from people who don’t like the word bitch?

Catherine Johnson: No pushback. I’ve only run across a couple of people who are hesitant to say it. Sometimes a male contractor might be like, “I was not taught to say that word.”

Rebecca Rudolph: But then they quickly adapt.

Johnson: It’s mostly been, to my surprise, incredibly positive reactions, even in the oddest places, like the bank.

I guess people don’t need to say the name of your company in your presence a lot.

Johnson: We sometimes get referred to as “the bitches.”

Johnson: The comma is there for a reason. It’s like, Design, bitches. We are not the design bitches.

If there were one element or aesthetic that you were known for, what would it be?

Johnson: The color thing gets dropped a lot. We like color—we like bringing the feeling of outside inside.

A couple of quick-response questions. What is your favorite fast-food chain, in terms of food?

Rudolph: I’d say Del Taco. That’s probably the only one I go to.

Johnson: I think the only one I go to is In-N-Out burger.

The follow-up to that is, what is your favorite fast-food chain design-wise?

Johnson: I appreciate the old Taco Bells that were converted into other things—the one near me is [now] a Thai restaurant. They used to build these weird, Hacienda-like structures with an actual bell on top. To see how they now are morphing into other beings, but knowing at one point in time they were a Taco Bell is funny to me. But they’re only iconic to people who knew.

Resistance is a really popular theme right now. How does that translate to architecture and design for you?

Rudolph: We’ve talked about thinking about projects we might take or client-types we might have, how whatever they’re doing is relating to what’s going on politically. That’s important. We definitely want to support people or groups who are resisting or fighting or trying to create safe spaces.

Johnson: We’re looking into different ways that we could influence people on a more public scale. I think it would be a dream for us to have interactive, weird performances happening or working in a space that has a cultural, community component—a commercial component, but together.

What do you both keep in mind when you’re designing a space where people are likely going to sit for hours and work? Like The Springs, for example. Do you want eye contact with a stranger to be easy to make?

Johnson: I think that space is an interesting exercise because all the planters we put in act as permeable boundaries that don’t move, but the idea is that you could feel comfortable whether you’re the only person there or there are a lot of people. There’s nothing I like less than walking into a space and feeling: Oh crap, I’m the only person here.

Rudolph: In The Springs, the planters are at a height where you feel like you’re a little bit protected, but you can see over them. You can make eye contact, but you don’t have to.

Johnson: It’s also good for meetings when you haven’t met the person before—there’s the ability to see them from afar and you can say, “Is that you? I think that’s you.” You can greet each other without feeling completely on the spot. 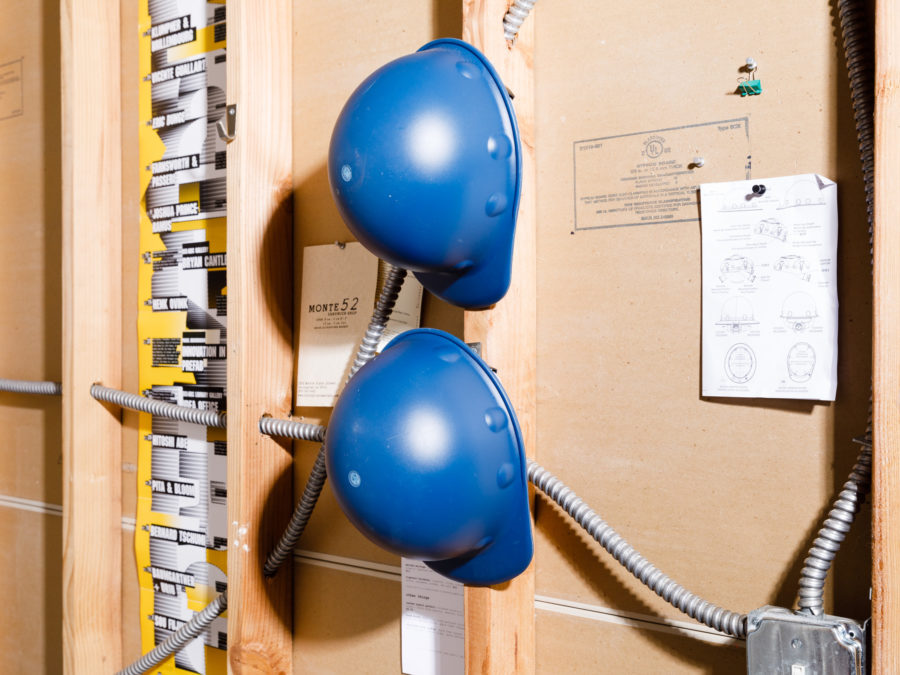 What is the design element, like the Edison bulb, that everyone’s currently using ad nauseam?

Johnson: It’s like the concrete pattern, really geometric and sort of Moroccan tile. I would say that and brass.

Rudolph: Not just brass. Also, rose gold and copper. Warm metal tones—it has been a trend.

What’s the next thing?

This South African Farm Retreat Has a Spaceship for a Chapel