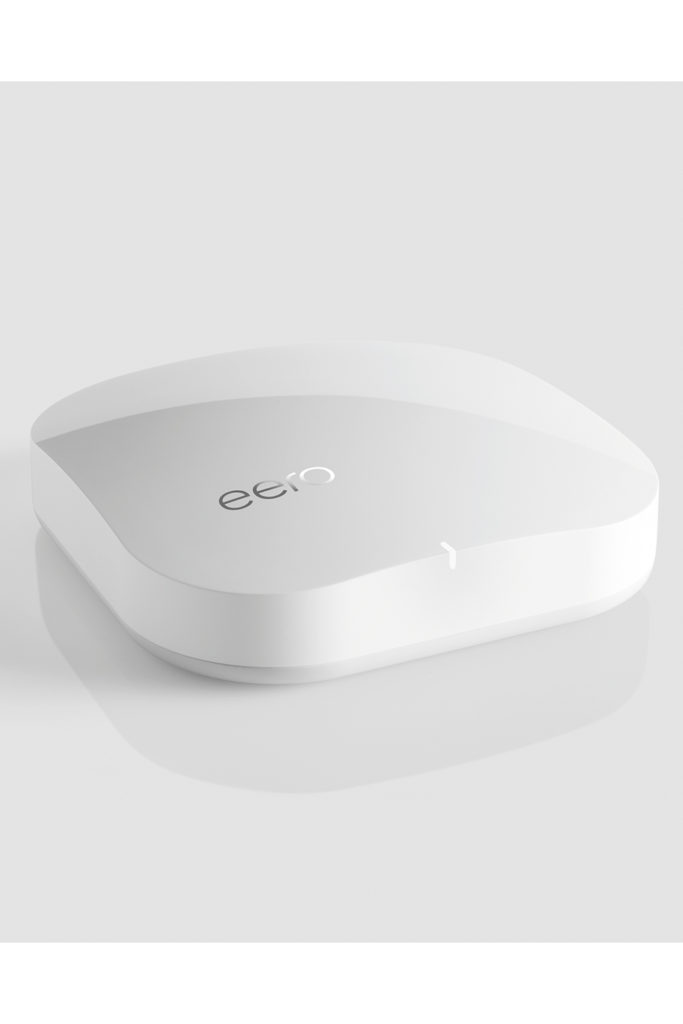 A Wi-Fi router aspires to its iconic architect namesake.

A Wi-Fi router aspires to its iconic architect namesake.

Wireless routers have long been relegated to the dark, dusty corners of the home. “Traditional consumer-grade routers are ugly,” says industrial designer Fred Bould. His solution comes in the form of a slick new router called the Eero—as in Eero Saarinen. Both handsome and unobtrusive, the Eero can sit on a desk or shelf, complementing the space rather than embarrassing it. Nearly featureless, it connects to a simple app that lets users control it from their phones, while the convex surface makes it impossible to stack other objects on top of it, which would impede its effectiveness. In a nod to Saarinen’s signature aesthetic, particularly his TWA Flight Center at Kennedy International Airport, Bould says he “incorporated a slight curved top to the device—a design that was tailored to its function.” It’s clear that the architect’s name was not taken in vain.

Designer of the Day: Sean Gerstley

Designer of the Day: Sam Klemick