Hotel of the Week: A Design Hotel Lands in Charleston

The Dewberry melds its midcentury roots with a low-country disposition.

The Dewberry melds its midcentury roots with a low-country disposition.

Charleston wears its history on its sleeve. In its picture-perfect downtown, replete with colonial buildings and commemorative plaques, it seems the past is paramount, that the present takes a back seat to the prestige of what once was. This rings true even at The Dewberry, which resides in one of the city’s precious few modern structures: the 40-year-old L. Mendel Rivers Federal Building, originally commissioned by John F. Kennedy as an office for government employees. Visually, the interiors echo the attempt by 1960s-era Washington D.C. acolytes to transplant their norms to the low country—leather-clad midcentury seating, gold-lined wood panelling and all.

Still, this incarnation winks at antebellum charm: The hotel’s founder, John Dewberry, directed the in-house design team, along with collaborators such as architect Reggie Gibson, preservation designer Cameron Schwabenton, Workstead Studio, and DesignWorks, to merge hints of South Carolina tradition with the existing building’s look. For his part, Dewberry mined his personal archive for inspiration. “Almost everything we did consciously reflects some element of one of my homes, one of my residential projects, or my office,” he says, “from the Living Room’s mix of comfort and edginess to the spa design based on my own Charleston carriage house.” So while the lobby may be all brass-edged, clean-lined furnishings (“I’ve never seen an episode of Mad Men, but it apparently evokes that vibe,” Dewberry says), upstairs, the 155 rooms feature botanical patterns, four-poster beds, and cream-toned linens. Henrietta’s, a French-Southern restaurant, settles somewhere in between, with a woven ceiling, checkerboard floors, and two-blade ceiling fans. Brasserie classics get the benefit of the pristine ingredients born out of South Carolina’s pasture-raised farming culture—the lamb in the pappardelle is grass-fed and comes from McClellanville’s Darling Farms; Walterboro’s Keegan-Filion Farm, known for its best-in-show, free-range birds, is the source of the chicken for two. Not that you’d ever forget where you are, even when the local influence is subtle. A copy of Garden & Gun magazine, for example, is available in every room, and two ground-level stores feature objects selected by its editors. Fear not, angsty Northerners, it’s not about botanicals or glocks (well, only a little). 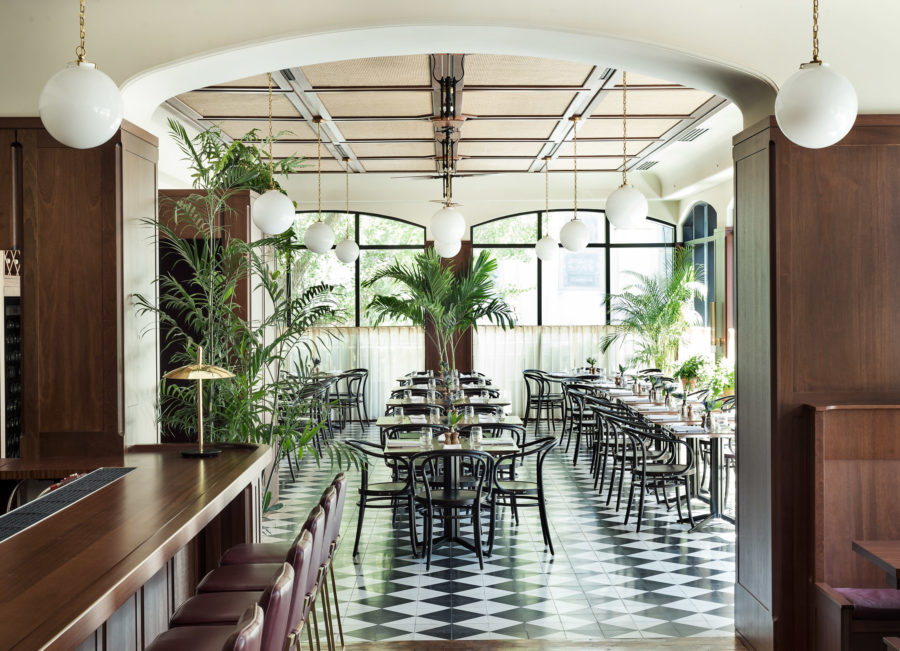 7
Slideshow
Inside The Dewberry
…

(All Photos: Courtesy The Dewberry)

An Artist Turns Her Lens on America’s Criminal Justice System