The eatery takes the same exhibitionist approach to baking as Heath Ceramics takes to pottery.

The eatery takes the same exhibitionist approach to baking as Heath Ceramics takes to pottery.

California’s Heath Ceramics has made a business of exposing itself. In the age of industrialized manufacturing, when bowls sell for three bucks a pop at Ikea, customers demand justification for charging $30. So Heath gives just that, and opens its factory to curious eyes. After all, that’s what Heath’s devotees are really looking for: an appreciation for process and artisanship. It’s that same logic that defines Tartine Manufactory, a new eatery inside Heath’s San Francisco outpost.

To envision a restaurant in line with Heath’s philosophy, the brand tapped longtime collaborators Commune Design. A manufactory is “a place that celebrates the process of making in all its forms,” says Commune cofounder Roman Alonso. “You can watch Tartine make their bread while sitting in a locally handcrafted chair, and eating off a dish that was made next door.”

What Commune has created is an experiential concept brought to life by an open-plan design. Guests have a clear line of sight into the kitchen, where all the food on order is prepared, from the bread to the ice cream. So when a sea urchin-and-mustard smørrebrød arrives, guests can savor the rye in view of the oven that baked it.

According to Alonso, the interiors share a similar origin. “You could say that Tartine’s design inspiration comes straight from its bread—of the highest quality and handcrafted in California,” he says. A long list of local artisans worked to create the airy, wood-clad space. Exposing the factory’s original Douglas fir beams and patinated metal resulted in a space that’s equal parts Danish cafe and Japanese teahouse. Light filters in from the building’s oversize windows, as well as from Akari lights overhead. A purpose-made Heath glaze, “Tartine Teal,” covers the tableware, while the brand’s first unglazed tile flaunts the clay’s natural variance. In using unfinished materials, Commune design deftly reveals the iterative nature of creation.

For Tartine wine director Vinny Eng, it’s exactly the ethos he’d like to espouse. “What this space really affords us is the opportunity to find more ways to humanize the work,” he says. In cooking, as in craft, it’s all about the process. 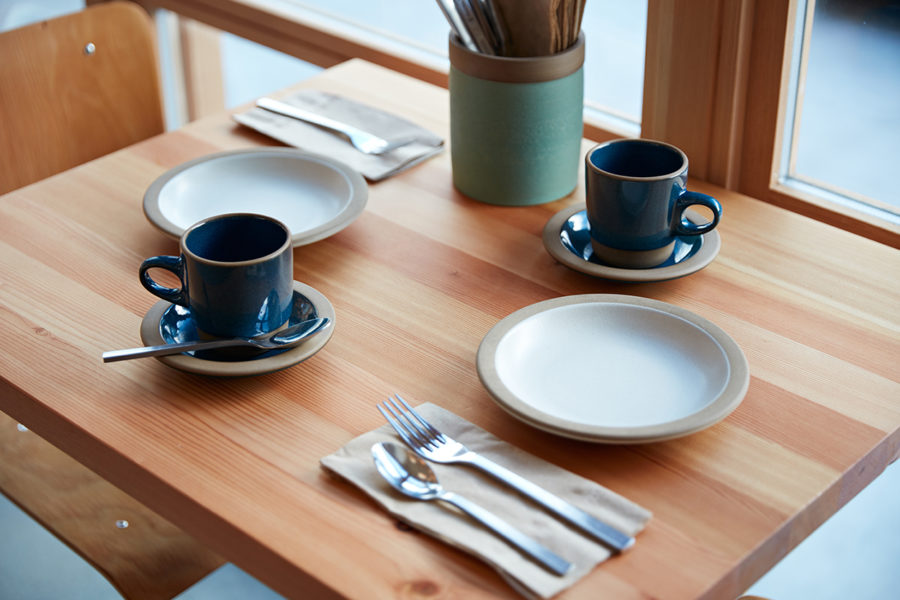 There Are 1 Billion Unsold Hotel Rooms In The U.S.

How Airbnb Navigated The Coronavirus Pandemic To...

The Rich Are Aviation Super Emitters

A 19th-Century Warehouse Finds New Life as a Sumptuous Eatery