A 19th-Century Warehouse Finds New Life as a Sumptuous Eatery

Previously limited to well-crafted coffee and cocktails, London chain The Grind saw a new space in the Clerkenwell neighborhood as a chance to expand into a full-scale restaurant. To do so, the team enlisted previous collaborator Biasol, a Melbourne-based design firm known for clean lines and sinuous shapes. For firm founder Jean-Pierre Biasol, it was paramount to ensure that his desired Danish aesthetic was tastefully instilled in the venue, a restored 1870s merchant’s warehouse. “We always approach historic sites respectfully, keen to retain as much of the original fabric as possible,” says Biasol. “In this project, we created an interior scheme that was open and welcoming while still making the most of the building’s heritage.” Reinvented classics define the menu as well, with dishes like salt cod croquettes and rainbow trout with pickled roots on order. Biasol claims it’s a “quintessential British dining experience”—or, at least, an Australian’s interpretation of it. 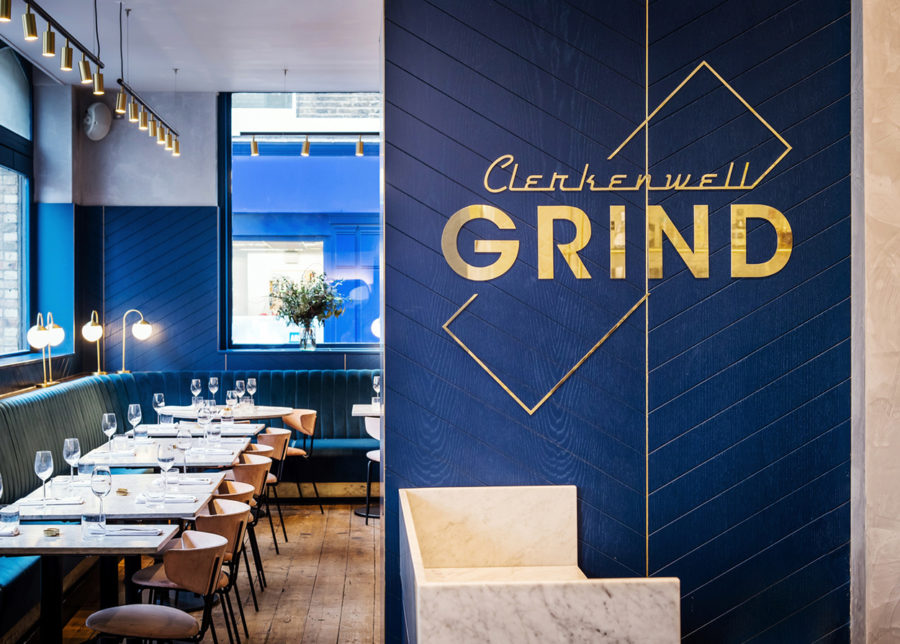