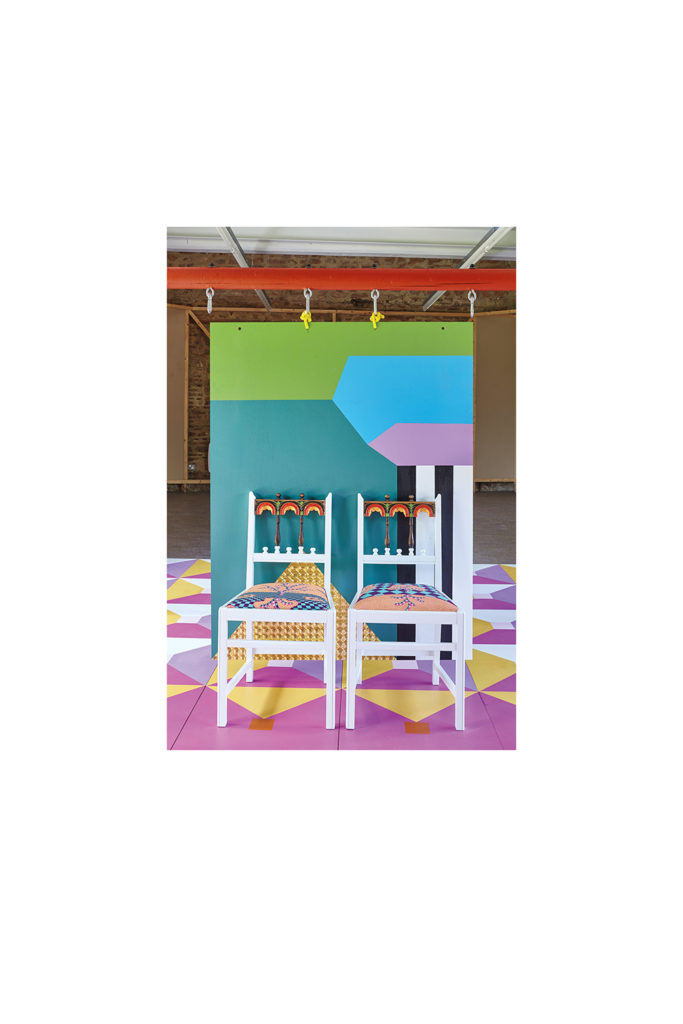 The young, London-based designer imagines stories, memories, and more when creating his furniture.

The young, London-based designer imagines stories, memories, and more when creating his furniture.

“No matter how long the neck of the giraffe is, it still can’t see the future.” That’s Yinka Ilori’s credo, a Nigerian parable he’s recited many times. “It means that you can’t judge people, because you don’t know their destiny or yours.” Storytelling is both the medium and the message for the 29-year-old designer. The vibrant, cheekily sculpted chairs he makes in his East London studio are each inspired by their own tales, usually passed down from his West African émigré parents. Breaking down discarded furniture to use as building blocks, Ilori tries to make these abstract themes tangible. A chair with an upside-down backrest, for instance, illustrates how “what is acceptable in one place is an abomination in another.” “I love found objects for the narrative that you have to unravel,” Ilori says. Even the fabrics he uses for the upholstery—largely Dutch wax prints, many brought back from Nigeria by his mother—tell stories. “Some talk about empowerment, some talk about sexuality, some talk about fate, some discuss wealth and hope,” he explains. A London native, Ilori opened his studio in 2011. For his latest project, which debuted during London Design Festival last fall, he created a vignette with six chairs placed amid painted and fabric grids. The title, “Swimming Pool of Dreams,” alludes to childhood memories of prayer trips he made with his family and their congregation to the U.K. seaside town of Margate, Kent. It’s a tribute to that group, he says, as well as “a testimony to the idea that if you believe in something, your dreams will come through.”

Designer of the Day: Brit Epperson

Designer of the Day: Atelier Caracas

Designer of the Day: Helena Clunies-Ross

Designer of the Day: Lally & Berger

The Malin Makes a Splash in SoHo