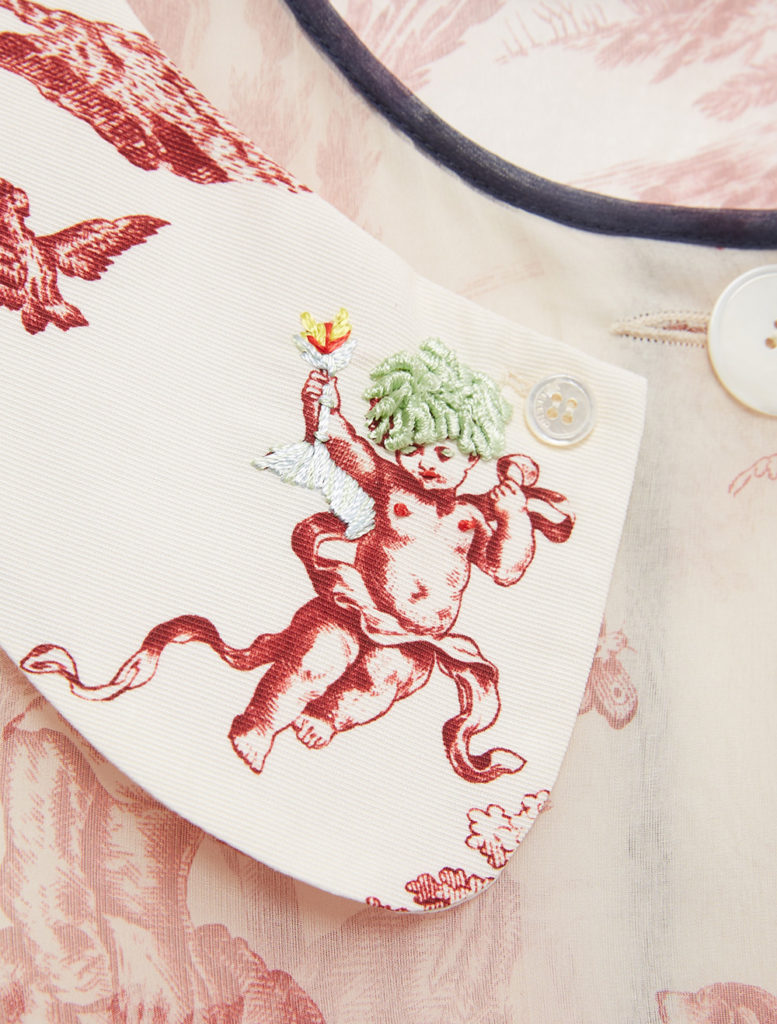 Max Mara Unbuttons the Stuffiest Horse Race in the World

In an era when jacket-less patrons dine at Michelin-starred restaurants and sneakers march through opera aisles, there’s something to be said for an event that calls for a proper wardrobe. In honor of the Royal Ascot—five days of midsummer horse races favored by Queen Elizabeth II, this year beginning on June 19—Weekend Max Mara and American textile artist Richard Saja have created a collection to celebrate the event’s sartorial traditions. Titled Trophy Day, the capsule of dresses, skirts, bolero jackets, petite clutches, and pointed mule slippers is animated with Saja’s subversive take on toile de Jouy, an ornate pattern depicting pastoral scenes from the 17th century. Tableaux of figures riding horses, swinging, and playing with dogs are injected with a comical charm thanks to whimsical additions of wild hair, exaggerated noses, and canine party-hats rendered in brightly colored embroidery. Though the line adheres to Ascot’s strict dress code, its amusing details prove that even a polished look can be a little playful. 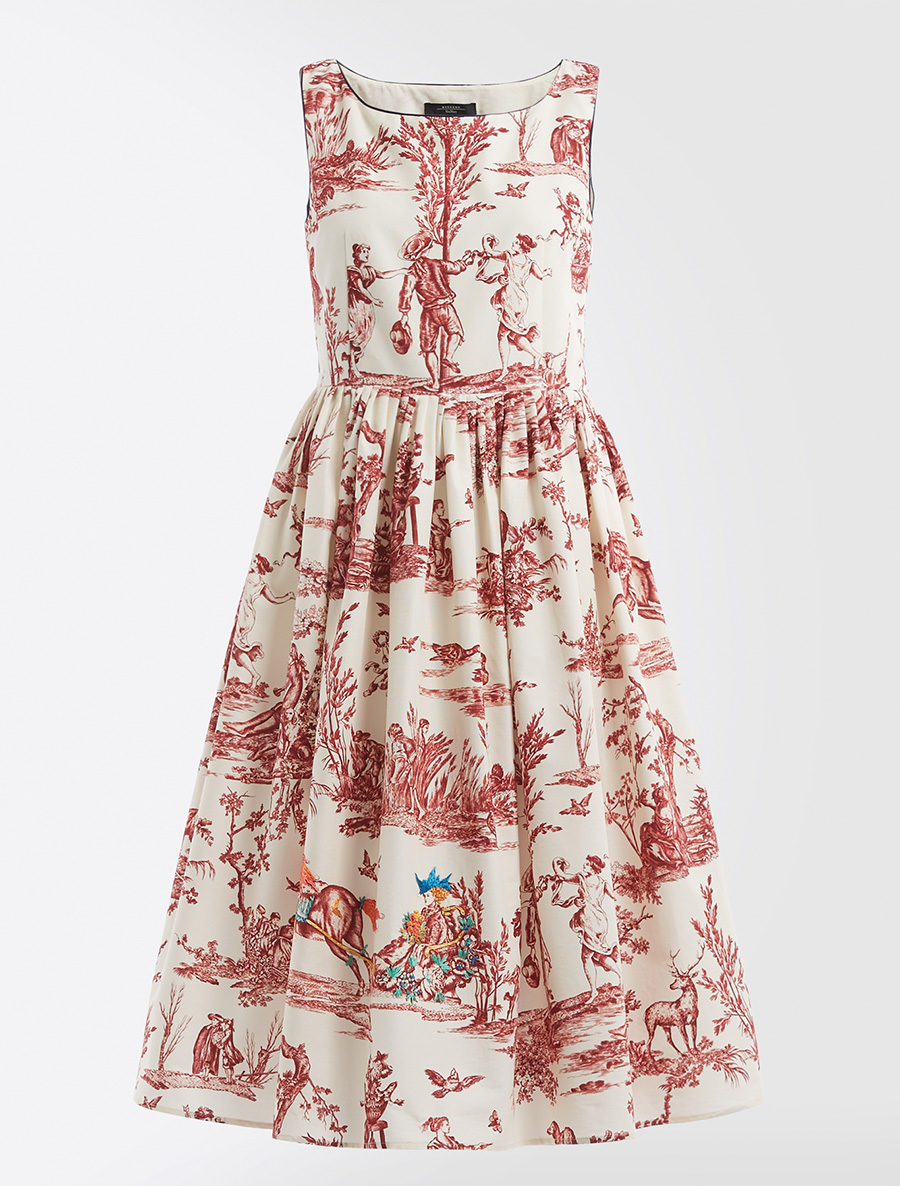 MEDIUM IS THE MESSAGE

The Fashion Bricolage of Job Smeets

Designer of the Day: Lauren Manoogian

Designer of the Day: Nafsika Skourti

The Arrivals Wants You to Go Outside