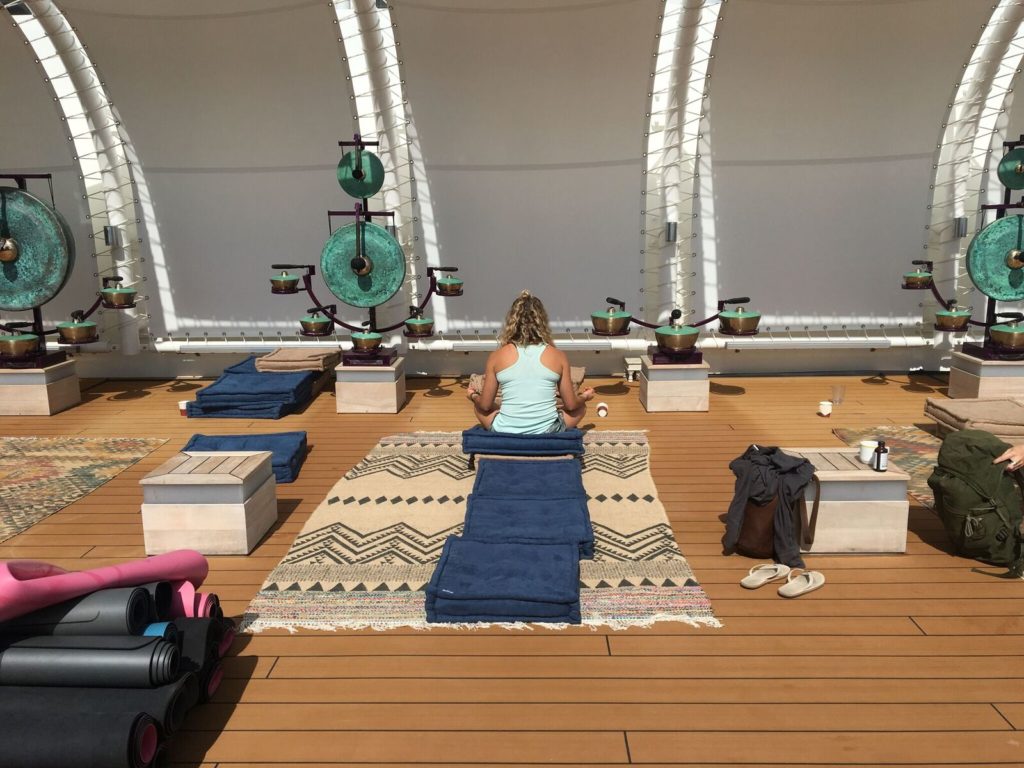 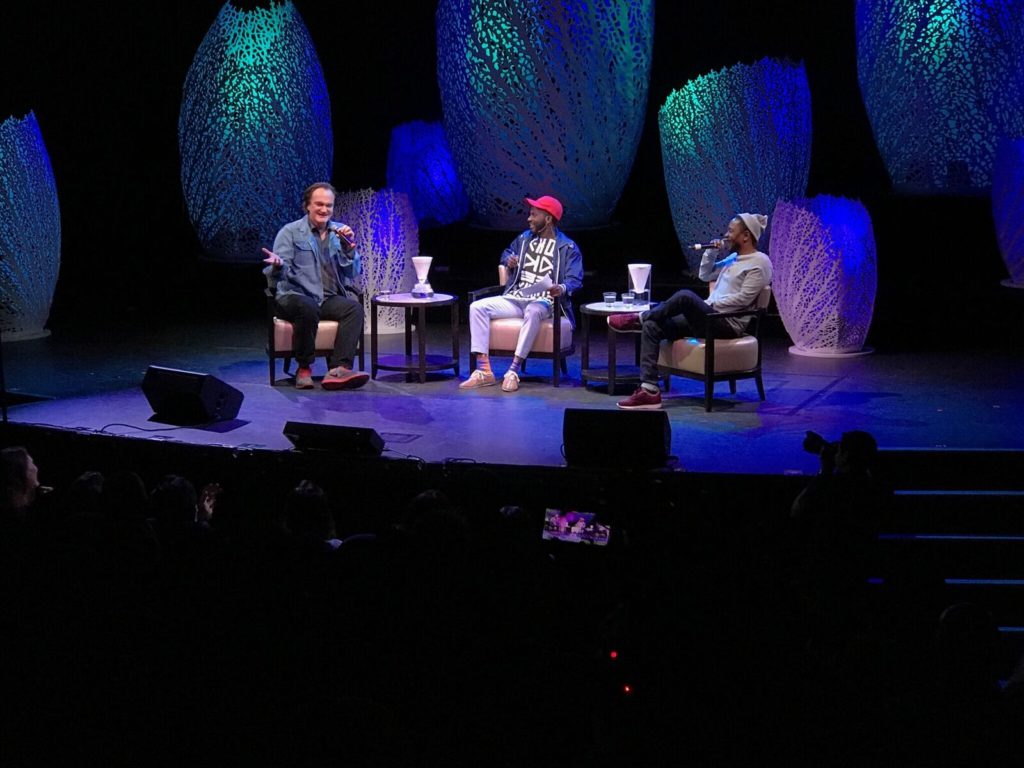 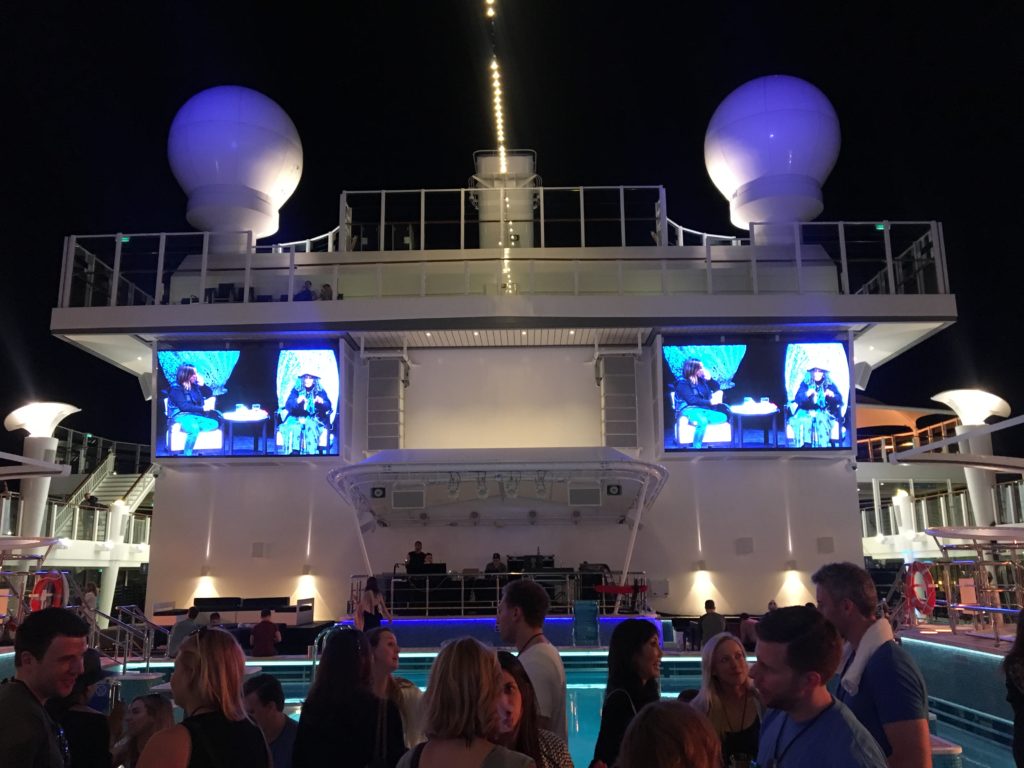 Scenes from the summit. …
Travel

The election was inescapable at the floating conference.

The election was inescapable at the floating conference.

Boarding a cruise ship with a community of a few thousand thought leaders, entrepreneurs, artists, tech world titans, and activists that make up Summit at Sea the day after Donald Trump upended the world was a little surreal. There was the irony of the event itself: a four-day gathering on a cruise to the Bahamas filled with the very types of people and causes that were repudiated by the country this week. The shocking election results cast a palpable sense of doom over the workshops, talks, and networking sessions. It was also hard not to wonder if the ideas that percolate at conferences like this still matter in our new reality, or whether they’re simply abstract thought exercises to keep the well-heeled creative class entertained in between meditation classes and matcha tea breaks.

The election results changed the tenor of the week.

The scheduled programming was reconfigured at the last minute. Walking around on day one, there was a pervading shell shock that inhabited the attendees who come from all over the world, though the majority are from the States. Think tank president Anne-Marie Slaughter and relationship expert Esther Perel held court in the main theater at midnight on the first night, dissecting the impact of sexism and gender roles during the campaign. I think the magnitude of the anger, disbelief, fear, and despair fully hit me the next morning at a talk on separatism between cultural psychologist Tracy Ann Essoglou and LeVar Burton when my childhood hero, the beloved host of Reading Rainbow, announced that he is “fucking woke!”

A discussion on the future of storytelling between the House of Cards showrunner Beau Willimon and Hollywood producer Stacey Sher spent a significant portion looking at the election through the lens of the filmmaking industry. “We’re being woken up into a new consciousness, and art is a great catalyst for that,” Sher said. Willimon, who has worked on numerous political campaigns, including Hillary Clinton’s senate run in 2000, announced he was setting up a booth in the main atrium for breakout action sessions, part of a new initiative he plans to bring to cities across the country before the 2018 midterms.

Creative process was an overarching theme.

As the week wore on, the talks seemed to steadily revert back to scheduled programming. Esquire writer-at-large Cal Fussman, known for his “What I’ve Learned” column, delivered an inspiring personal account on the power of curiosity. National Poetry Slam champion and multi-platinum songwriter IN-Q led a storytelling class that incorporated elements of meditation and completely shattered the conventional notion of the poetry genre. Quentin Tarantino and Kendrick Lamar engaged in a dialogue about their creative processes, finding commonality in the narrative-driven industries of film and music. “You start writing it, then let the characters take over,” Tarantino said.

The activism-driven sessions were a good counterbalance to the musical acts and wellness pop-ups.

Meditation and yoga classes, crystal healing ceremonies, and performances from bands like Bob Moses and Thievery Corporation supplemented the really consequential presentations on climate change, the future of food, social justice, the Middle Eastern refugee crises, and more, many with a call to action. Erin Brockovich talked about confronting the national water crises that has poisoned entire towns like Flint, Michigan. International litigator Kimberley Motley spoke with the host of NPR’s TED Radio Hour, Guy Raz, about creating a global human rights economy.

It feels like now, more than ever, we need to double down on the power of ideas. Same for self awareness, which venture capitalist Gary Vaynerchuk was happy to remind the crowd on the last night before Google CEO Eric Schmidt closed the conference out. Referencing the week-long hand wringing, “If this is the future of the world on this boat, then we might as well sink this shit now,” he said while traversing the stage in flip flops and a beanie. “Democracy isn’t about what’s convenient for you, democracy is democracy. I want to remind everybody that there’s never been a better time to be alive.”

Quotes of the week: