At the Vitra Campus, Piet Oudolf’s Perennial Gardens Are in Full Bloom

The Dutch landscape designer unveils 13,000 square feet of vibrant perennial gardens planted this past summer at the furniture brand’s headquarters in Weil am Rhein, Germany.

The Vitra Campus, the Swiss furniture maker’s sprawling headquarters that houses an array of production and educational facilities, is known for its stellar architecture—a fire station by Zaha Hadid, conference pavilion by Tadao Ando, museum by Frank Gehry, and viewing tower and slide by Carsten Höller dot the verdant landscape of the German town of Weil am Rhein, a stone’s throw from its border with France and Switzerland. Its latest attraction, debuting on June 30, isn’t a building, but the scale feels equally as ambitious: 13,000 square feet of lush perennial gardens by the Dutch landscape designer Piet Oudolf, perhaps best known for dreaming up large-scale public landscapes for Hauser & Wirth Somerset and the Serpentine Galleries that pleasantly contrast their surroundings.

Planning for the garden began in October 2019 with a grand opening slated for the following summer, but the pandemic expectedly caused delays. Confined to his home in Hummelo, the Netherlands, for most of the process, Oudolf meticulously oversaw the planting of 30,000 specimens over video calls. These plant species include Persicaria amplexicaule (Alba), Echinacea pallida (Hula Dancer), and Molinia purple moor grass (Moorhexe) that are artfully situated within gently winding paths surrounding VitraHaus, the campus’s flagship store that Herzog & de Meuron designed to resemble nesting gabled houses. It came together seamlessly thanks to an intricate, architect-like framework and grid devised by Oudolf, but not a single straight line appears throughout.

According to Oudolf, the gardens aren’t meant to disrupt the architecture more than simply draw visitors’ attention away for a momentary diversion. “I want people to lose themselves in the garden instead of just passing through it,” Oudolf says. “To me, plants are personalities that I can use and arrange according to their appearance and behavior. Each one ‘performs’ in its own way, but in the end an interesting play needs to emerge from it.” Thanks to his painstaking planning efforts, the gardens will offer different experiences year round—the plants’ flowering periods and life cycles differ, accentuating decay as much as high-season phases. They’ll also host a growing bee population of six colonies maintained by two trained apiculturists, though visitors are advised to keep their distance. 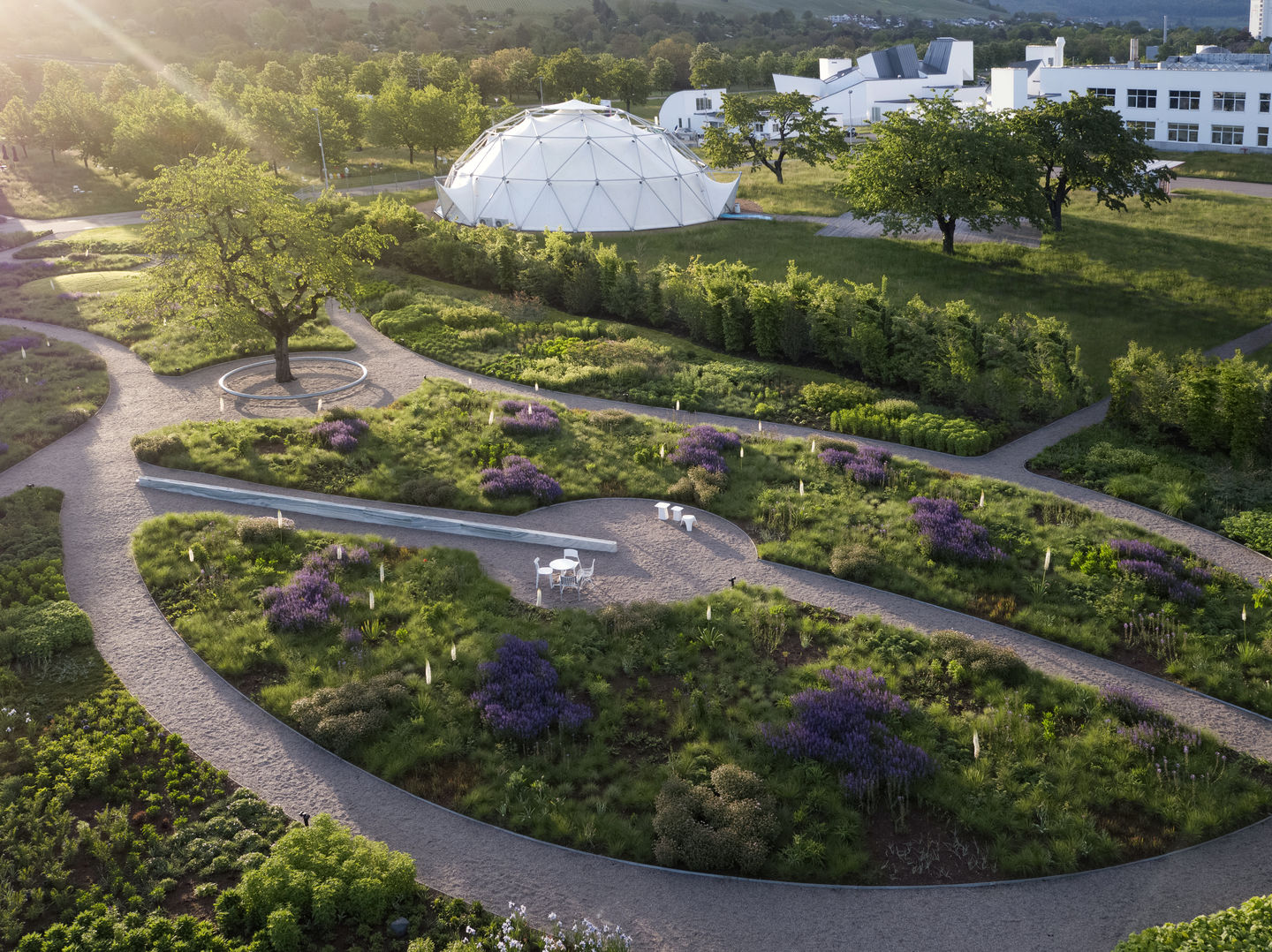