Behind two industrial garage doors in Miami’s Wynwood district lies a visual theater, punctuated with acrylic tomes and filled with international marvels. Waowig Studio is a hybrid design shop sprung from the mind of Bogotá-born interior and product designer Moises Esquenazi. With clusters of silver disco balls strung from the ceiling and a papier-mâché ostrich as the de facto mascot, his unbounded imagination stands out, even in the funky neighborhood the boutique calls home.

“The curation is a culmination of my personal travels all over the world,” says Esquenazi. Indeed, you’d be hard-pressed to find a more international mélange. Works by Cuban artist collective Los Carpinteros hang beside Colombian artist Juan Pablo Echeverri’s superhero self-portraits, and Argentinian brand Miga De Pan’s crocheted “vegan yoga instructor dog” Murakami. New York-born conceptual artist Jonathan Rosen, whose cut-out work show was a splash at Collette, provides a pop art collage. The pièce de résistance, however, is Esquenazi’s own creation: a suspended day bed with a flare of 60’s swag, thanks to nylon shag carpet and Moroccan rugs as back rests. The store is, quite simply, a lot to take in; and with a new exhibition from Chinese-born, Miami-based artist Xiaofanx coming this May, the entropy should only increase. Were it not for the masterful visual merchandising by George Oh, veteran of Odin and Comme de Garcons, visitors would be confounded by the schizophrenic pastiche—or, as Esquenazi puts it, be engaged in “a subliminal discussion about interior design, entertainment, and retail.” 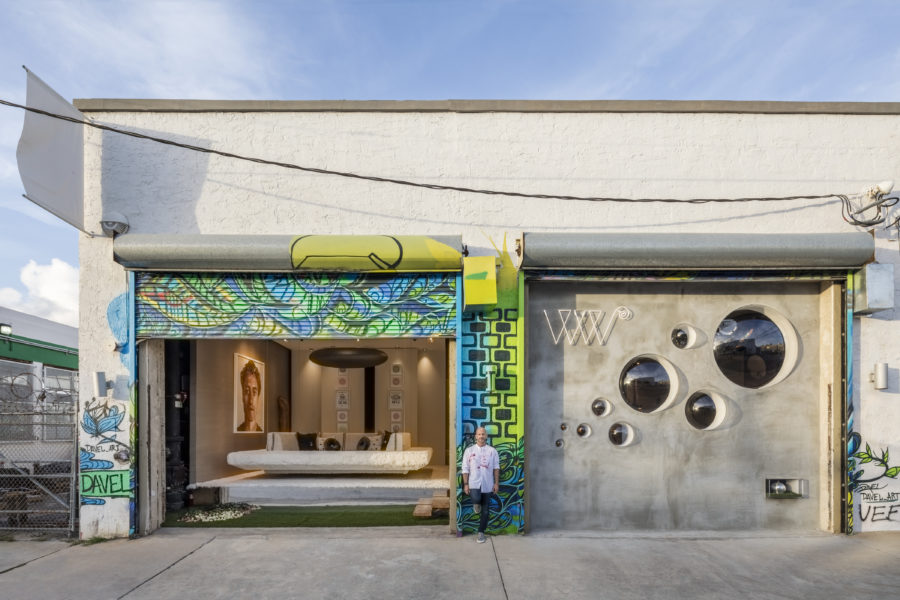