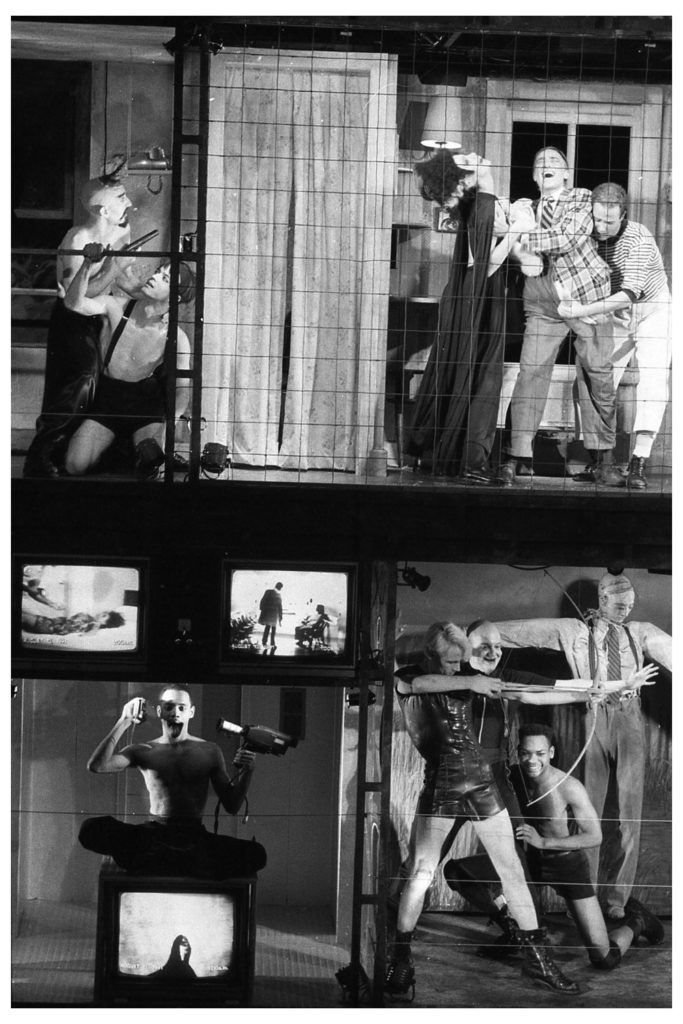 A one-day live performance from Joan Jonas in London, ancient Greek sculptures reinterpreted for the modern day, and more cultural intel to help you make the most of your weekend plans.

A one-day live performance from Joan Jonas in London, ancient Greek sculptures reinterpreted for the modern day, and more cultural intel to help you make the most of your weekend plans.

Gerard and Kelly “Clockwork”
Pioneer Works
159 Pioneer Street, Brooklyn
OPENS: May 31
Performance artist duo Gerard and Kelly present the New York premiere of their film Schindler/Glass (2017), the first in their Modern Living series, as well as new work commissioned by Pioneer Works. A circular pavilion in the main hall showcases Schindler/Glass, the artists’ interventions at the Schindler House in West Hollywood, California, and Philip Johnson’s Glass House in New Canaan, Connecticut, with performances by L.A. Dance Project and original music by SOPHIE and Lucky Dragons. In a series of new installations and a performance created for the exhibition, choreography revolves around a “clock”—a set of gestures synced to the numbers on the face of an analogue clock (12 in front, 6 behind, etc.)—that connect space and memory to temporalities outside of modern constructions of time. Performances will take place from 6 p.m. to 7 p.m. Saturdays and Sundays throughout the exhibition.

Reza Abdoh Retrospective
MoMA PS1
22-25 Jackson Ave, Long Island City
OPENS: June 3
The Iranian-American theater visionary, celebrated for his powerful, groundbreaking productions during his tenure as director of the Dar a Luz theater group in the early ’90s, receives his first major retrospective. The extensive showcase features costumes and videos the artist created for his performances and an installation based on his 1991 piece “Bogeyman.”

Joan Jonas “Moving Off the Land. Oceans – Sketches and Notes”
Tate Modern
Bankside
London
OPENS: May 31
In conjunction with her ongoing survey exhibition at Tate, the artist is performing a one-night showing of a new commission by TBA21—Academy, a nonprofit arts foundation working to raise awareness of the world’s seas. Blending live drawing, readings, film projection, and sounds from composer Ikue Mori, the piece draws on literary and mythological references as well as Jonas’s own collection of sketches and notes. The event is free and open to the public, and runs from 9 p.m. to 10 p.m. in the institution’s Turbine Hall.

ASH NYC Is on the Bleeding Edge of 360-Degree Hospitality