Why Tijuana (Yes, Tijuana) Is Your Next Weekend Getaway

Tijuana’s days of hard-core crime and grime are in the past. But this border city, the largest in Mexico’s Baja peninsula, has done more than clean up its act: it has reinvented itself as a culinary destination, where a variety of influences and ingredients come together with flair. Young local chefs—many of them recent graduates of the Culinary Art School, an acclaimed institute established in the early aughts—show their skills at trendy food plazas like Telefónica Gastropark, where you can try anything from pibil tacos to octopus burgers. Tijuana is also gaining recognition for its craft beer and specialty coffee scenes. Just look to places like Das Cortez, a small chain of stylish cafés offering Arabica beans from Veracruz, or Cervecería Insurgente, a brewery whose award-winning IPAs, stouts, and saisons can be sampled in a minimalist tasting room.Tijuana is also home to an architectural boom. The iconic Cecut, a cultural center designed by Pedro Ramírez Vázquez and Manuel Rosen Morrison that features a huge spherical dome and contrasting cube, will soon be joined by a cluster of strikingly modern buildings including Bajalta, a mixed-used development by Shop Architects. 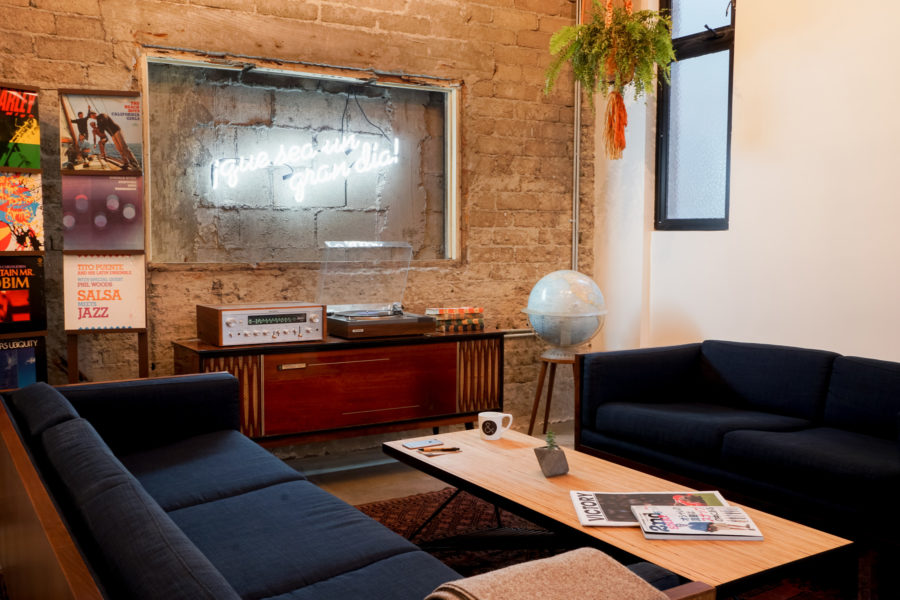 3
The lounge at the One Bunk hotel. …

What was conspicuously missing in town, which until now was mostly a stopover for travelers to Ensenada or Valle de Guadalupe, was an attractive place to stay. Enter One Bunk, a nine-room boutique property opening this month on Avenida Revolución. Designed by San Diego–based Gracia Studio, One Bunk’s aesthetic is both recognizable and novel, with gritty industrial details and midcentury furnishings enhanced by repurposed finds and one-off artworks. Its pièce de résistance is a large chandelier made out of old tennis rackets, by local artist Seth Sullivan. Common areas, spread over three stories, include a single-chair barber nook and a small shop curated by Object, a design store that works with traditional Mexican artisans to create high-end pieces. “Tijuana has a lot of talent and maintains a spirit of authenticity,” says Greg Strangman of L.W.P Group, the California developers that own the hotel. “Don’t be a wimp—just go.”