Embellished with the Japanese artist’s sweet, scrappy girls, these decks stand out from the rest.

Yoshitomo Nara is unafraid of tackling life’s big questions. His layered artwork, which typically depicts cartoonish girls plagued by grown-up thoughts, evokes feelings of isolation and rebellion with refreshing frankness. Such universally shared emotions have won him many fans, and permit his imagery to be equally successful in a gallery, on a T-shirt, or on the pages of a children’s book. It’s this accessible, egalitarian quality of Nara’s work that’s most compelling, and also what enabled his recent project: a pair of skateboard decks, available exclusively at the MoMA Design Store. (Currently on backorder, the boards will be back in stock in mid-November.)

The MoMA Design Store first floated the idea of a collaboration to the Japanese artist about two years ago. They embarked on the design process together, where Nara was exceptionally hands-on—he selected the materials, colors, and manufacturers himself. Made in Canada from seven-ply maple wood, each skateboard features an artwork created by the artist earlier this year. A milky white board, titled “Welcome Girl,” depicts one of Nara’s scrappy, brooding girls, while a red board, called “Solid Fist,” features a more sinister youngster standing atop a skull and crossbones.

Nara’s admirers will recognize these irresistibly angsty creatures. “His work is playful and translates remarkably [well] on a certain type of object,” says MoMA’s director of merchandising, Emmanuel Plat, who worked with Nara on the collaboration. “His art is trans-generational.” Nara draws from his own experience growing up in Hirosaki in post-World War II Japan, where music and animals provided solace in the midst of loneliness. Today, the Museum of Modern Art holds more than 150 of Nara’s works in its collection. Pieces like “It ain’t always easy” (1992–2000) or “Untitled” (2000), showcase the cute but captivating emotional directness that’s defined Nara’s work since he began exhibiting in Japan and Europe in the 1980s.

Next year, Nara and MoMA will introduce another collection that will include pencils, band-aids, and a range of paper goods. It’s the largest collaboration he’s developed with an institution in recent years. But the extent of the project speaks to a more overarching takeaway of Nara’s work—that all of us carry around childhood experiences, and having them referenced on everyday objects is a heartening reminder of what’s shaped us.

For more information, go to store.moma.org. 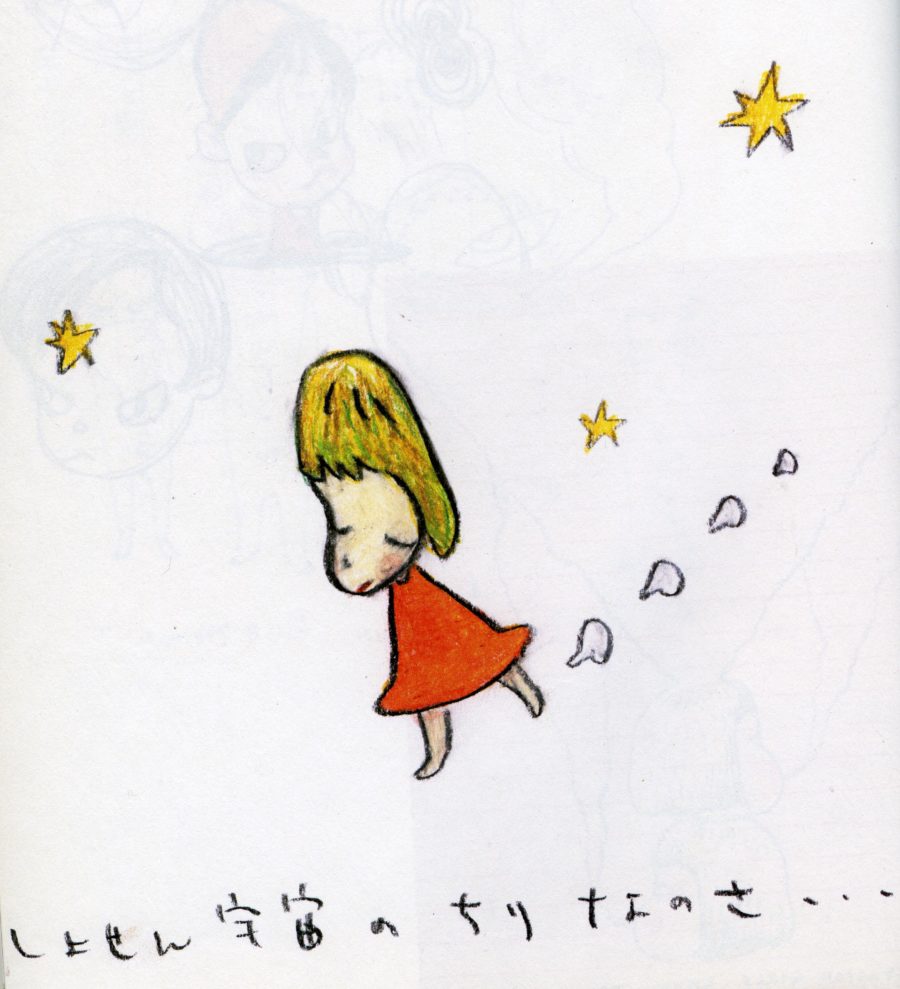