Mass unemployment, political polarization, the Miner’s Strikes, and the Brixton, Birmingham, and Liverpool riots all put England under immense duress in the 1980s. Emerging from the fray was a cadre of London-based creative talents who started fashioning furniture using scrap metal and industrial bricolage—a visual cacophony of materials that perhaps reflected turbulent times and an urge to start anew. At the hands of ever-inventive designers such as Ron Arad, Tom Dixon, and Mark Brazier-Jones, salvaged rebar was articulated into Rococo-inspired forms and dumbbells were repurposed as structural supports on chairs. Though overlooked in the design canon, the Creative Salvage movement proves an audacious study in material ingenuity that remains influential today. 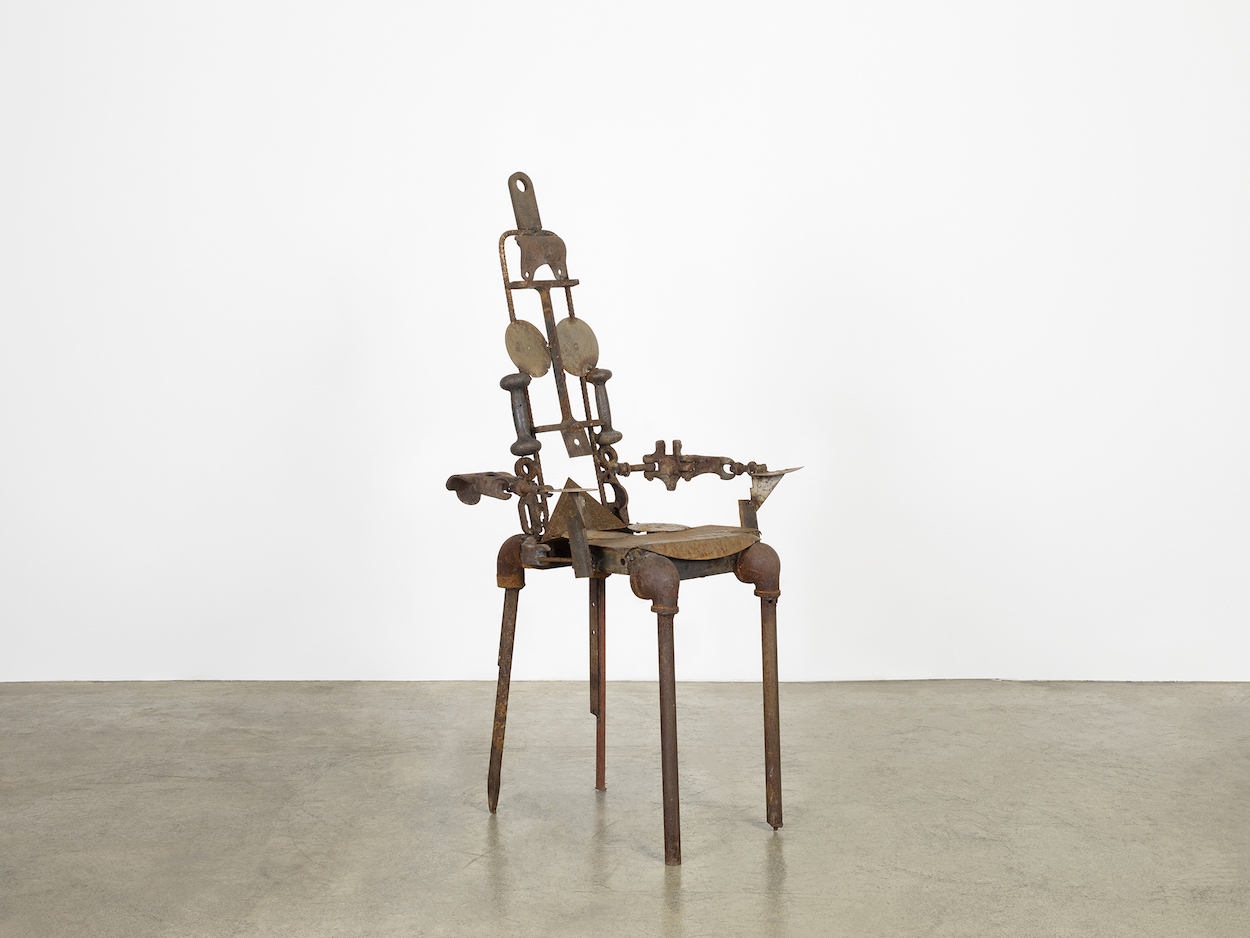