The 19th-century English poet John Keats once criticized Sir Isaac Newton for emptying rainbows of their poetry by explaining the phenomenon of refraction in scientific terms. Despite this, rainbows persist as symbols of childlike hope and future promise, bound somewhere between spiritual interpretation and scientific discovery—much like the paintings of Ariana Papademetropoulos. For “Unweave a Rainbow,” the L.A. artist dreams up a sensual world of plush orange carpeting and rainbow-shaped modular velvet floor cushions. Each can be rearranged—unwoven, if you will—so viewers can reflect on the prismatic color and uncanny visuals of her paintings, which explore the psychological effects of lavish interiors eerily devoid of human presence and ruptured by vivid bubbles hovering ominously. 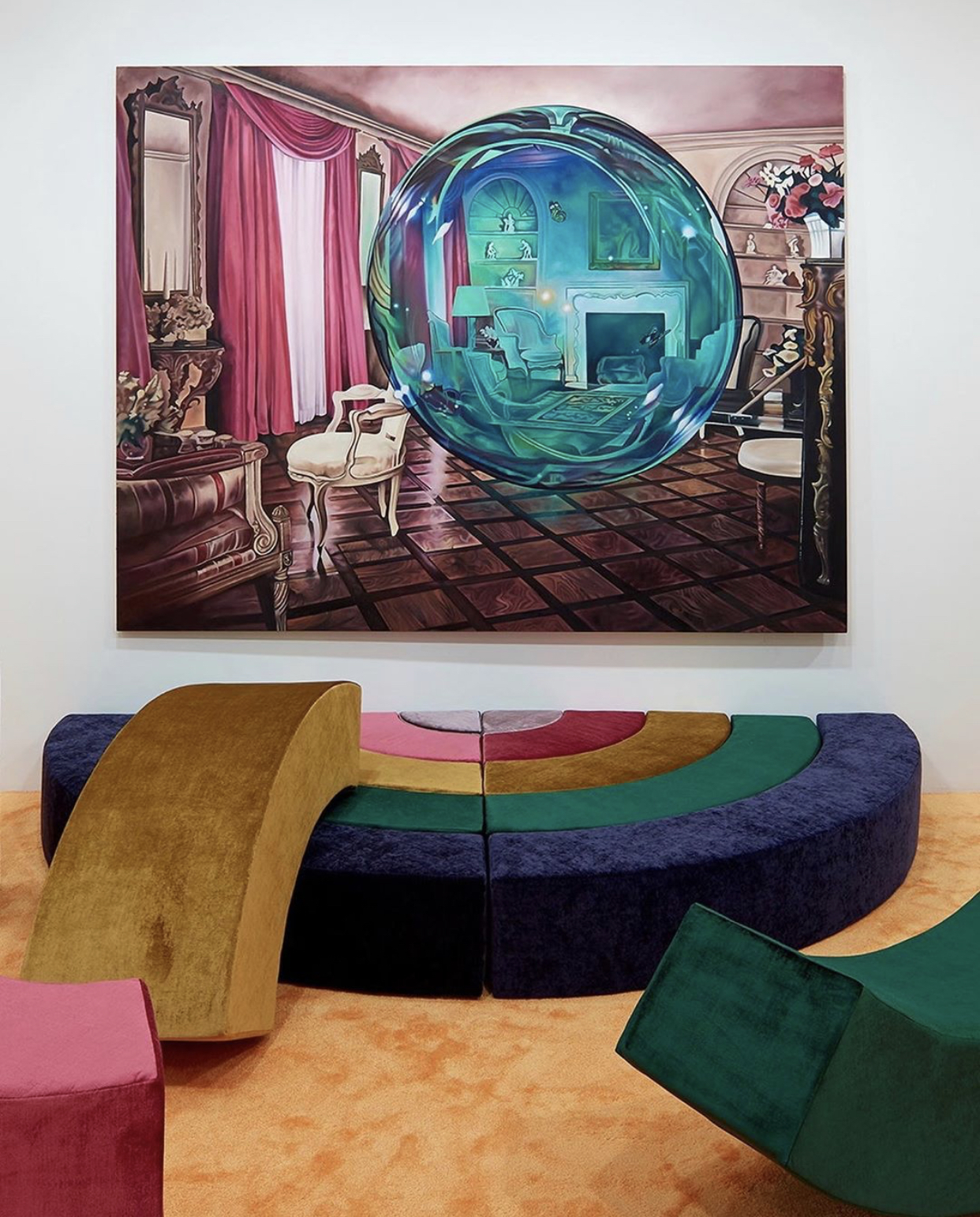