Created in the late 1960s while Hendricks was working at the Philadelphia Department of Recreation as an arts and crafts specialist, the late artist’s basketball-themed paintings are a sly study in minimalism and how light, color, lines, and geometry manifest in the shapes of the game. They depart from his signature portraits of stylish Black men and women—also known as the “Black cool” aesthetic—that captured the essence of an underrepresented group and profoundly influenced the likes of Kehinde Wiley and Mickalene Thomas, but also underscore his complexity and range as an artist. 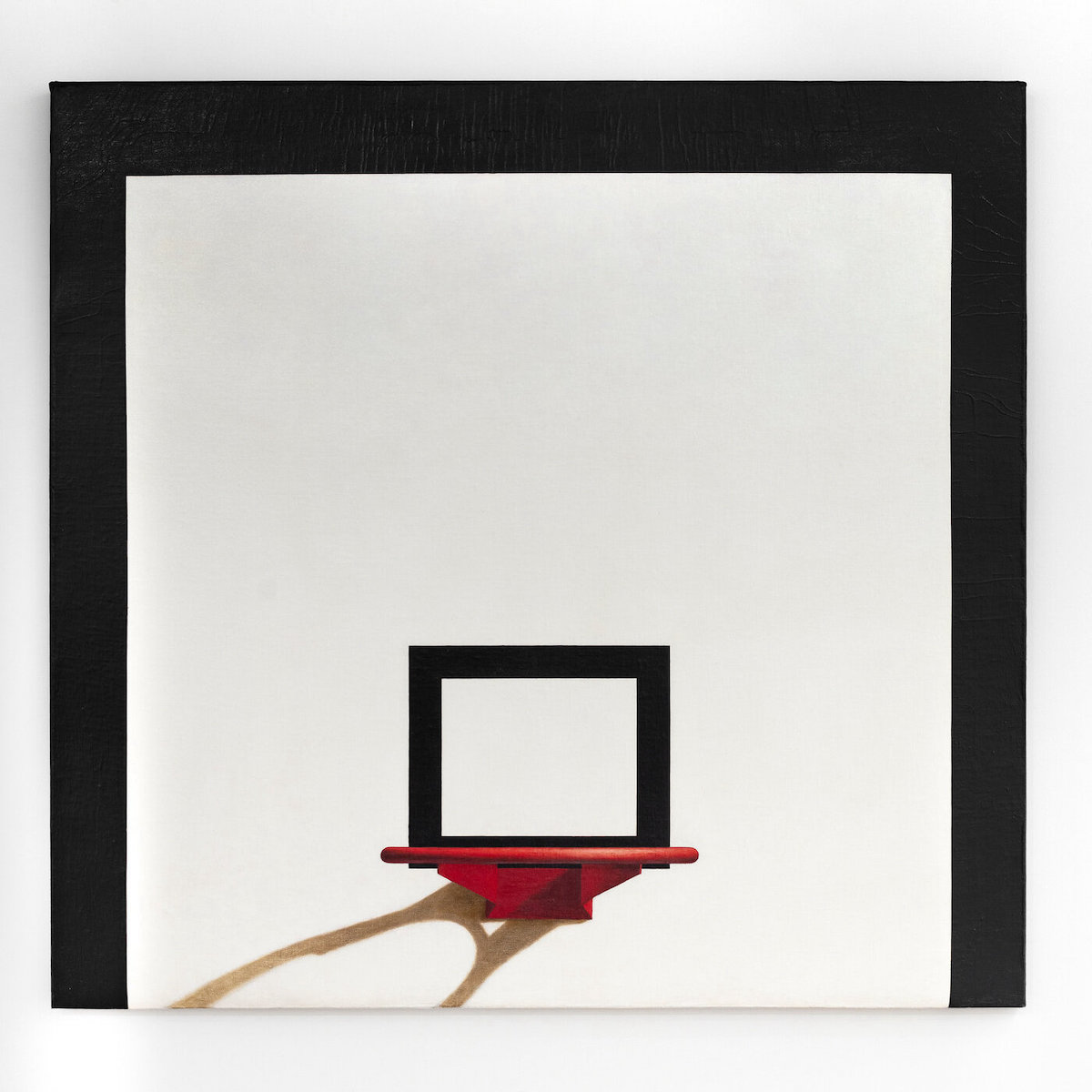