Continuing a string of recent works that focus on the perceptual phenomenon of synesthesia, the Minneapolis-based artist debuts a group of cross-sensory paintings stained with a combination of vinegar, salt, and powdered pigment. As they react, the materials generate unpredictably tempestuous and voluminous shapes of clouds and smoke that cause dual feelings of euphoria and unease. “The sheer vastness of a wide-open space is imbued with feelings of emptiness—only in a cave or canyon can the gesture of a scream be returned,” says Heikes. “Through the last four years of alienation and the recent time collectively spent in isolation, I began to see the idea that in retreating to an imagined vastness, such as through a painting of the sky, the works become representations that keep us grounded and avoid the total void of the sublime.” 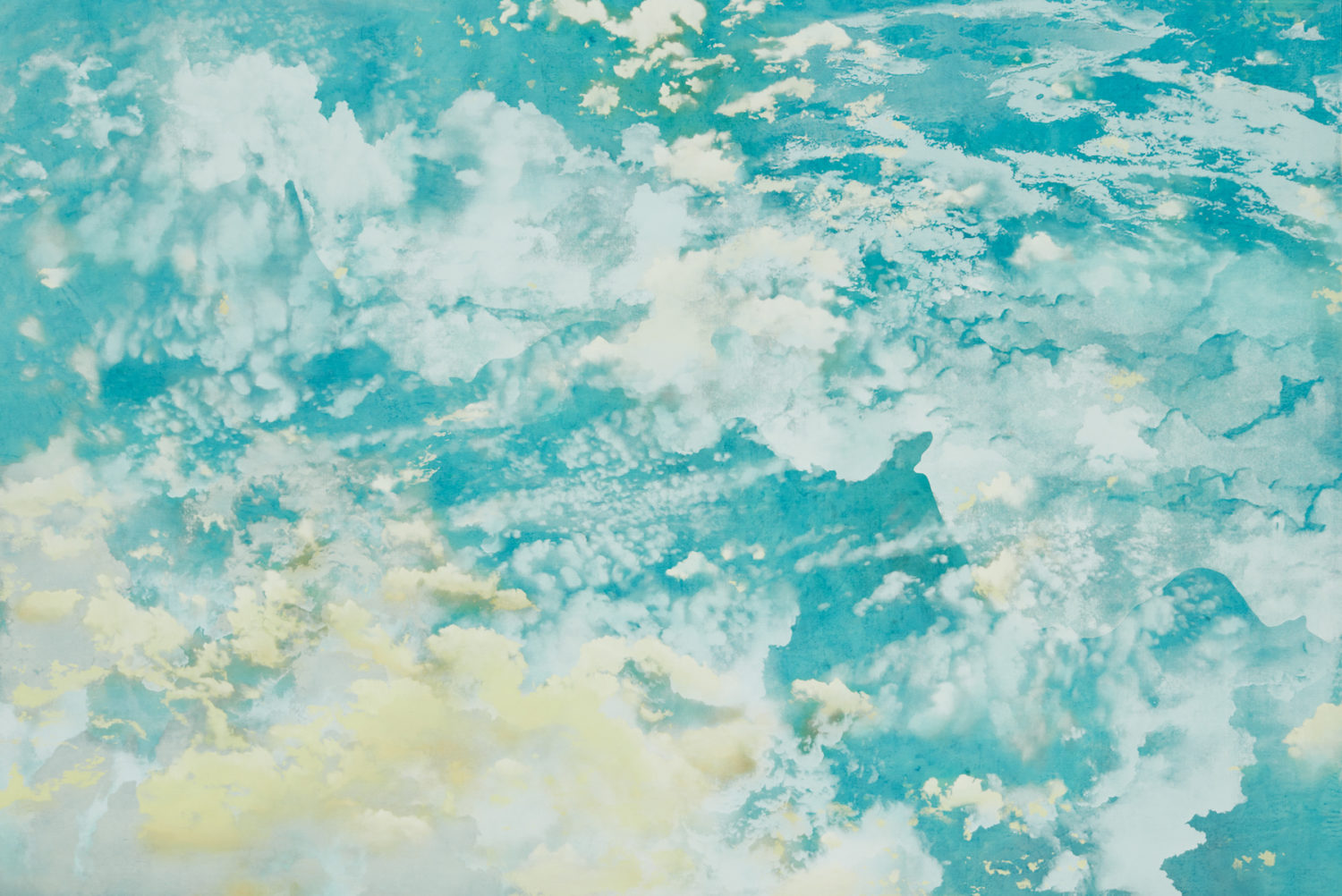