Shortly after George Floyd’s murder sparked a wave of racial justice protests this past summer, the artists Julian Alexander and Khadijat Oseni mounted a series of 21-foot murals at the Brooklyn Navy Yard that explored notions of supremacy using images from familiar brands. “Supremacy is chiseled into the foundation of our society, prevalent in all three branches of our government,” says Alexander. “I wanted to approach that using the familiar language of brands that we know people respond to. It’s a huge part of the psychology of how art speaks to us.”

As a second act, the “Supremacy Project” sees the duo transform the facade of the Brooklyn waterfront theater St. Ann’s Warehouse. Drawing on the power of photography, design, poetry, and branding to evoke the widespread racial injustice afflicting American society, the project focuses on two exhibitions: Michael T. Boyd’s “Lost Ones. Culture Found.” that re-examines the legacy of police brutality and hate crime victims; and “Who Protects Me From You?” by Alexander and Steven “Sweatpants” Irby, which illuminates the systemic inequities at the core of the U.S. government. “The idea of ownership—or the meaning of a word, or a legacy, and defying that definition that others might create for you—connects both sides of this project,” says Boyd. “This is about redeeming [victims] and giving them some of their legacy back.” 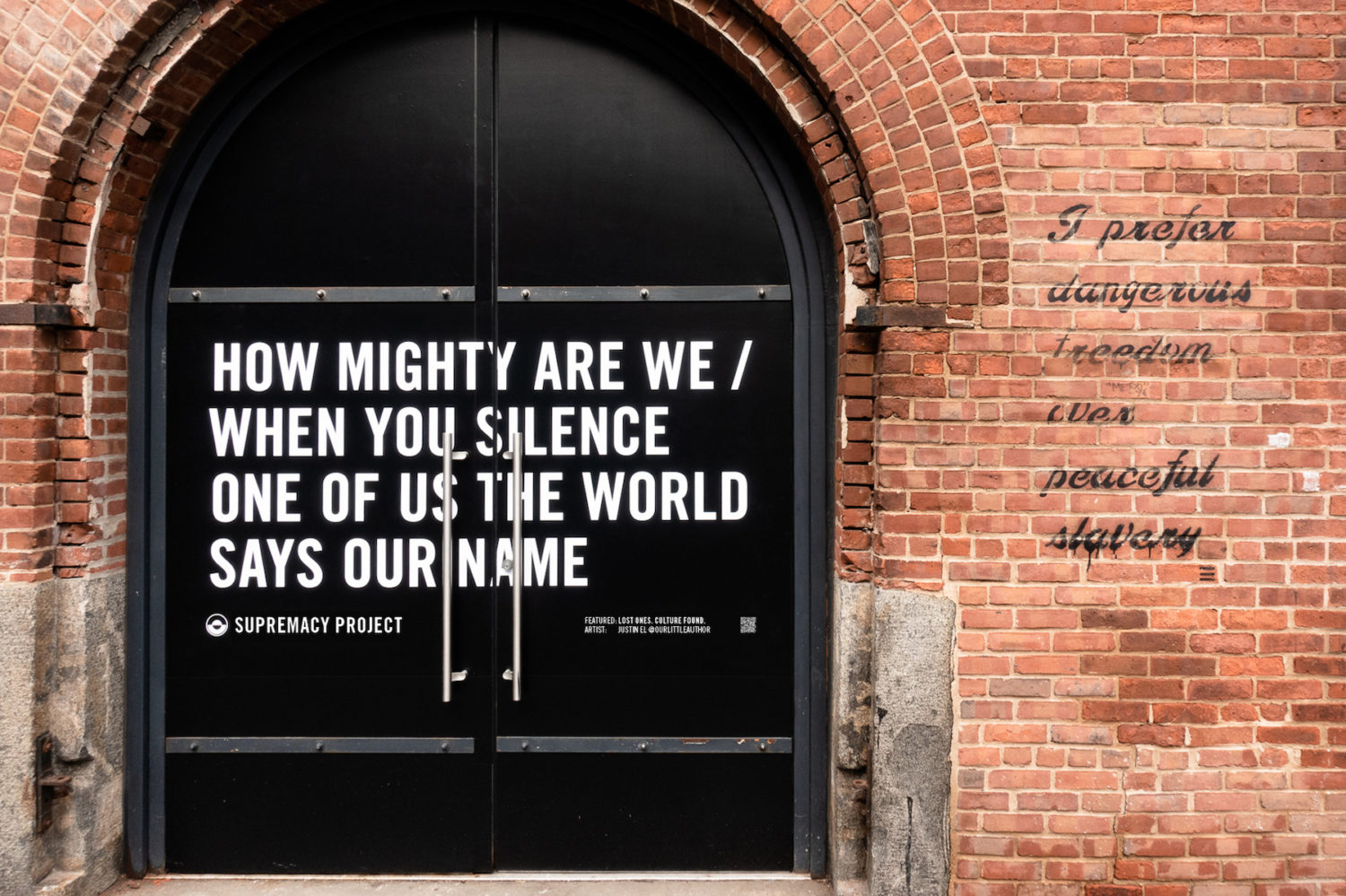