In 2009, when Sanford Biggers was commissioned by the cultural project Hidden City Philadelphia to produce work for the Mother Bethel African Methodist Episcopal Church, a stop on the Underground Railroad, he became intrigued by the long-debated historical narrative that quilts doubled as signposts along the escape route. “The idea struck me that Harriet Tubman was an astronaut, navigating the stars, night skies, and her surroundings in the quest for freedom,” he says. “After reading additional Underground Railroad lore that posited quilts may have been embedded with code and used as maps, I began to search out quilts from the 1800s and add new layers of code through mark-making, painting, cutting, collaging, and reconstruction.” More than 60 will display in “Codeswitch,” the first survey of his quilt works, which signal their original creator’s intent as well as new layers of meaning given through his artistic interventions. 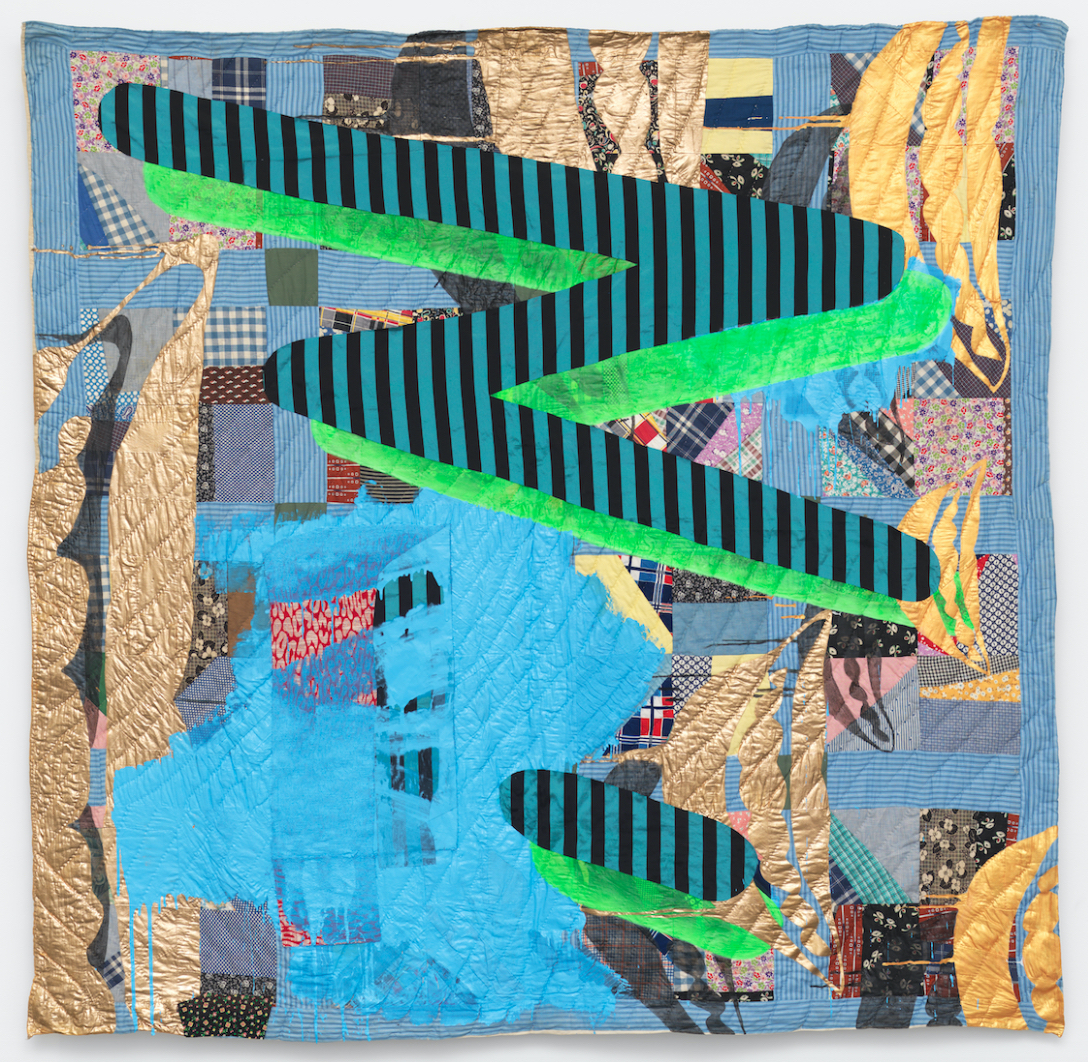