Commissioned by TBA-21 Academy, this multimedia show addresses the devastating effects of human-induced interferences on marine and coastal ecosystems, and reiterates the critical role of oceans for planetary survival. It follows three years of research into how oceans have transformed during the Anthropocene, focusing on ecocidal human behaviors such as overfishing, deep-sea mining, overfishing, and oil exploration, which have caused rising sea levels and melting ice caps.

There’s perhaps no better place to host the show than Venice, an Italian city at the forefront of climate change discussions in Europe. Lately, Venetians have witnessed how the city’s waters respond without its 25-million-strong tourism industry: waters ran clear and were resplendent in thriving sea creatures and colorful plants rarely seen before. “The oceans are changing very fast, yet knowledge of them is moving slowly and is enveloped in long-established forms of cultural separation and distinction between human activities at land and at sea,” says Territorial Agency in a statement. “This division needs to be rethought to address the ugent and vast transformations that the seas are undergoing.” 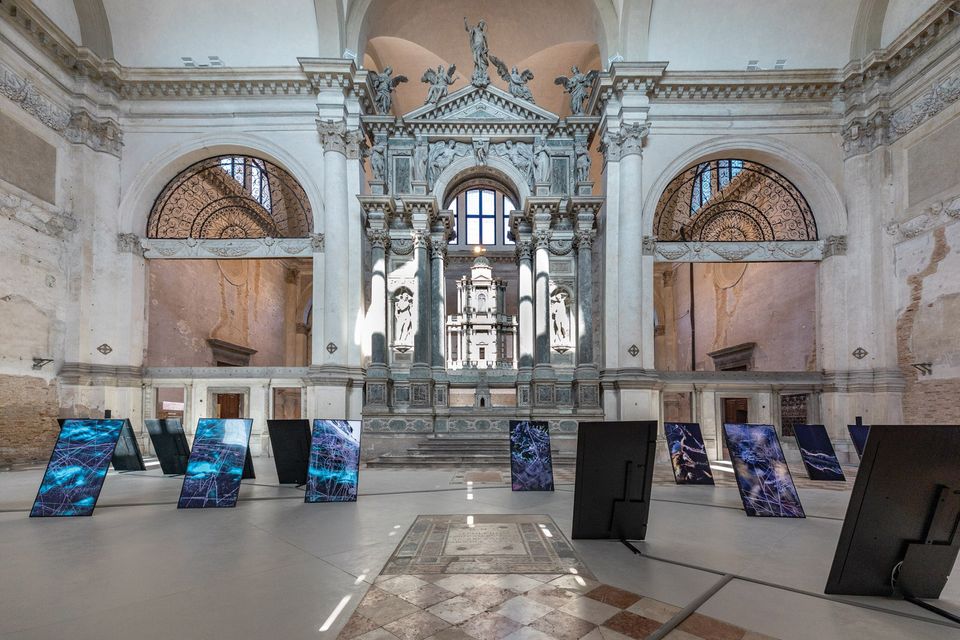