Thomas Barger’s animated, textural objects may clash with the Shaker’s principles of simplicity, form, and function at first glance, but they find common ground in religious experience. A young gay man raised on an Illinois cattle ranch, the Brooklyn artist’s rough-hewn work often echoes the memories and relationships forged during his conservative upbringing. Likewise, the Shakers diverged from oppressive religious structures to create their own heaven on earth, which was reflected in their art, villages, and craftsmanship.

Both parties also believe the intention behind craft outshines the object itself. “What’s important to me isn’t so much the design aspect of the work, but highlighting the relationships I find significant in my life,” says Barger, who’s known for upcycling found materials such as discarded Ikea chair frames and old newspapers to create his whimsically sculptural one-of-a-kind objects. “I’m more excited about sharing a story than making a chair.” Here he presents five, including the towering, throne-like Tall Pulpit Chair that figuratively points toward the heavens while reigning over smaller Shaker chairs in different sizes. 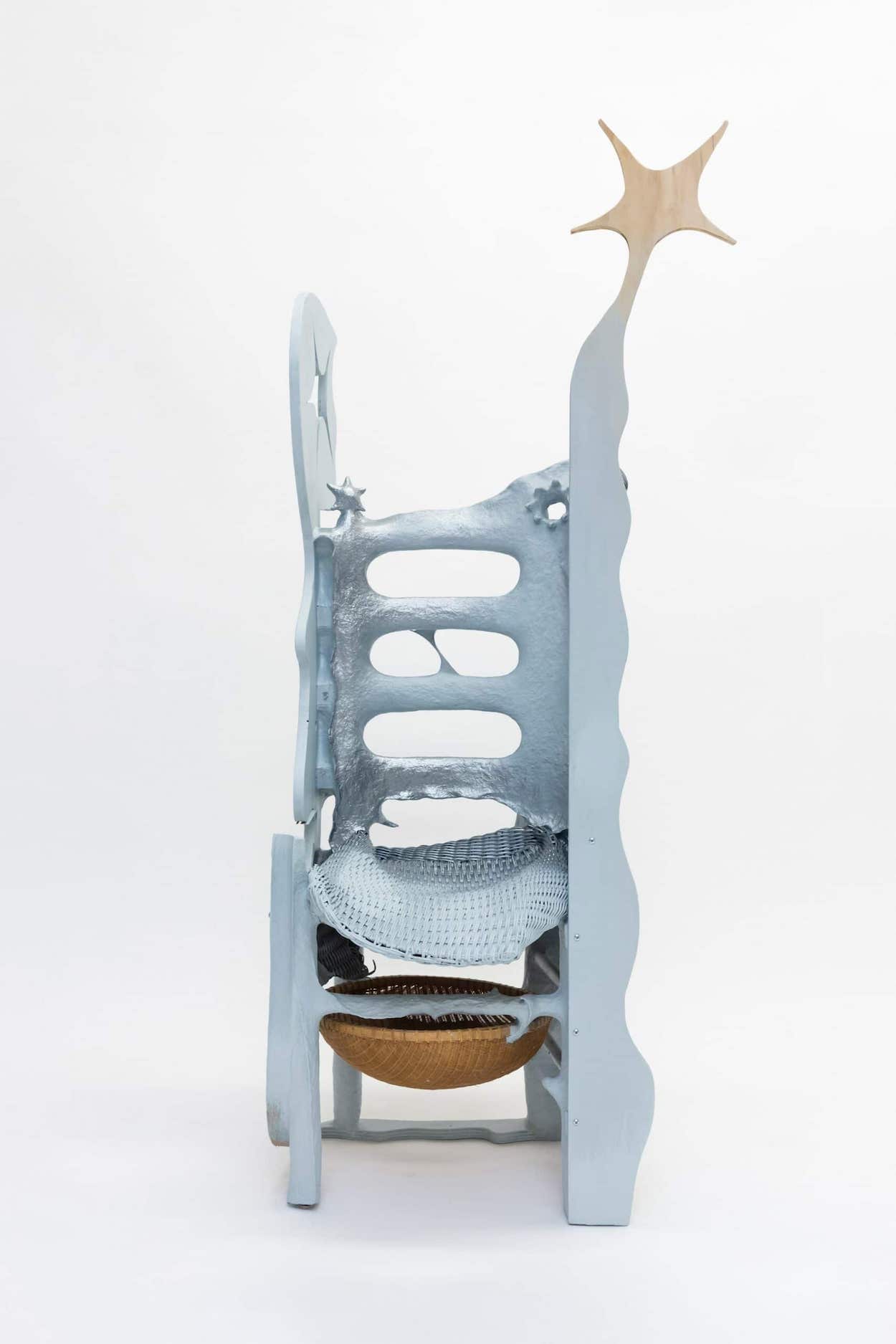