Tom Wudl’s art—tiny works on paper depicting painstakingly intricate, alluring forms—is informed by his decades-long study and practice of Buddhist meditation. And his process itself requires mindful attentiveness: wearing a head-mounted magnifying glass that hangs over his spectacles, he carries out such repetitive tasks as drawing scores of itsy-bitsy pips (the shape of the club suit in a set of playing cards) or composing spider web–like grids using a ruler and sliver-sized lines. Wudl, who was born in Bolivia and has lived in Los Angeles since 1958, embellishes his creations with oil paint and gold or silver leaf, which gives them their luster. Close up, his work brings to mind that of Agnes Martin and Sol LeWitt; from afar, they suggest a harlequin fragment in one of Miriam Shaprio’s mixed-media femmages. —Tiffany Jow 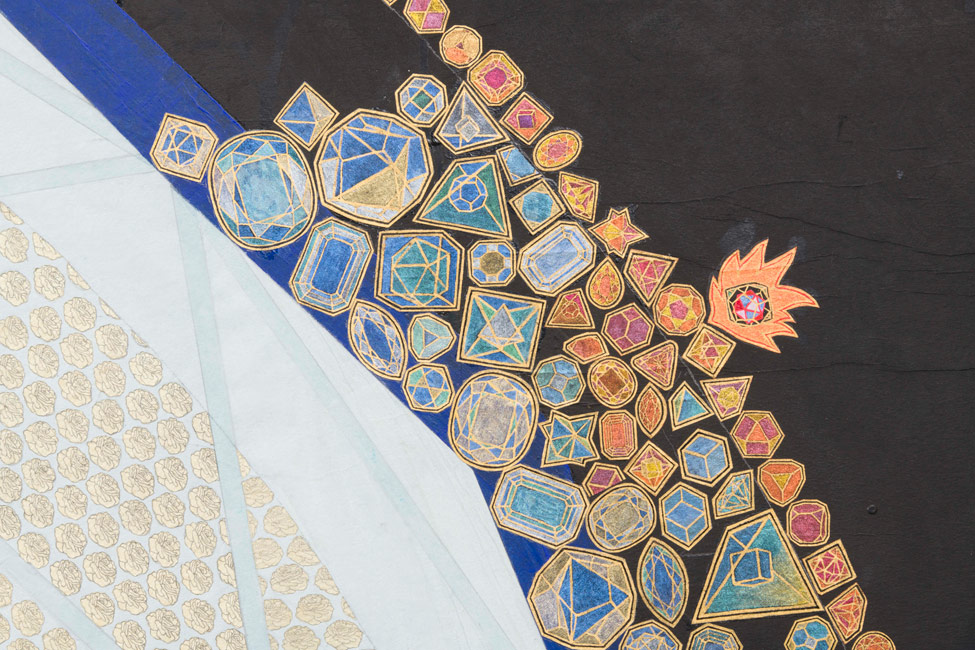