Each painting in “Cotton Mouth,” which depicts Black Americans in domestic settings wielding power over their perception, was painstakingly constructed by the Brooklyn artist using stitching, her signature construction method that carries autobiographical and emotional significance. Self favors Black subjects, pulling inspiration from within her personal experience and the Black community, the intended consumers of her work. Though her figures have been described as “exaggerated,” they don’t have enlarged features; they’re rooted in reality and frequently take cues from Self’s own body.

Such is the power of “Cotton Mouth,” which speaks to the reality of Black America’s past, present, and future. As a material, cotton has a supercharged history: “[It speaks to] Black Americans’ labor and sacrifice—and tangentially embodies the Black American experience of American chattel slavery,” Self says of the works, which embody a “modern-day folklore.” Blackness, like all identities, is based on a personal mythology of half-fact and half-fiction. (“I was thinking of the importance of oral history and diaspora as a way to carry lessons, information, or historical events to the next generation.”) Yet the title also references that sensation when your mouth ceases to function—a metaphor for the systemic and continued silencing of Black America. “Cotton Mouth” serves as a continuation of the lore that has kept Black people alive, in communion with their history, and alert to the possibilities of their future. 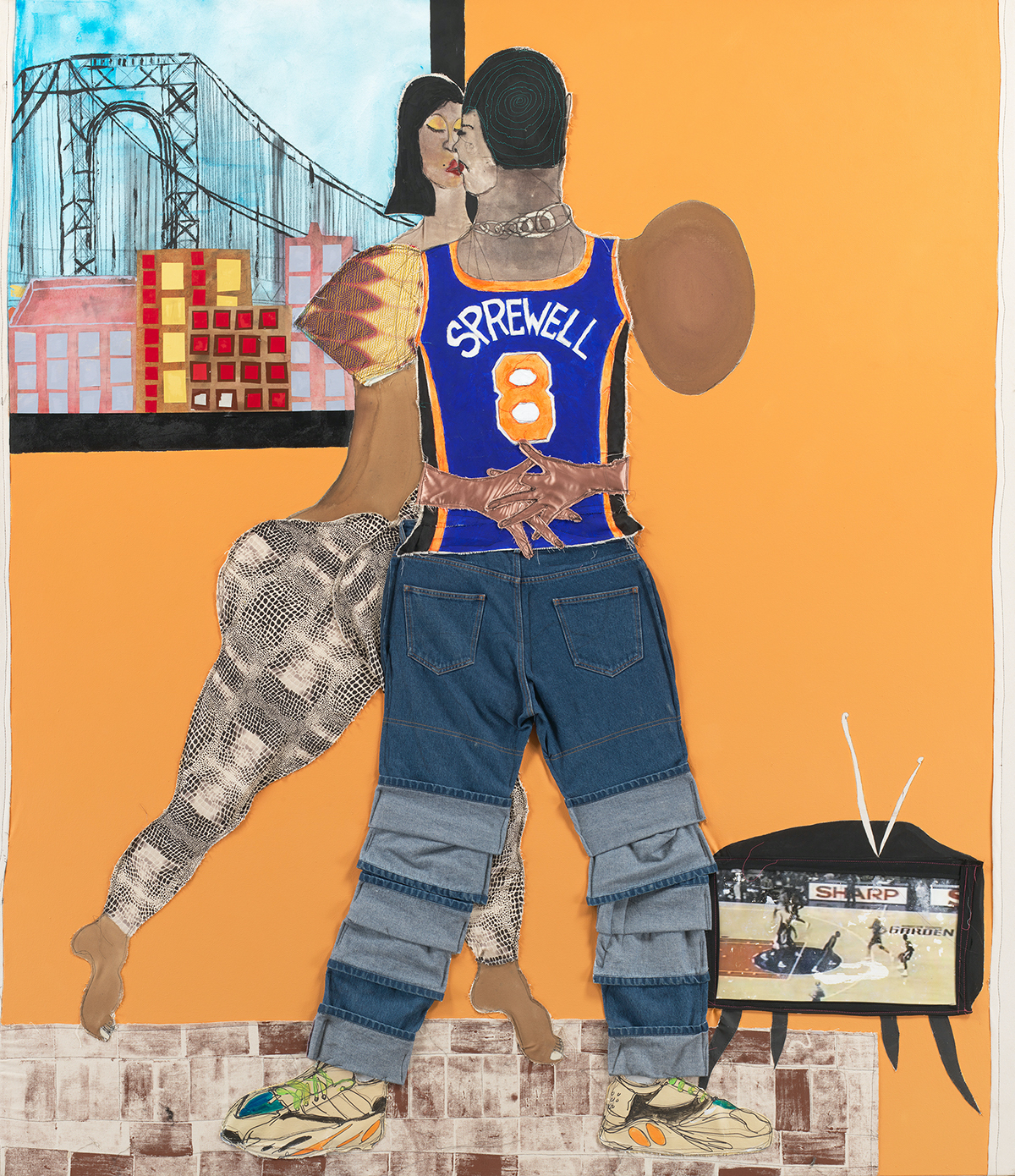