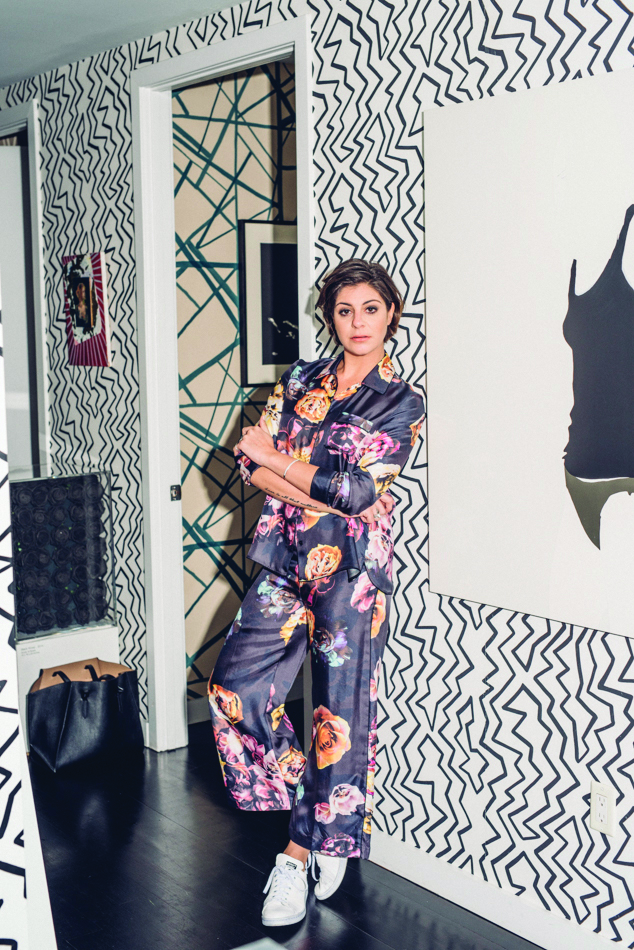 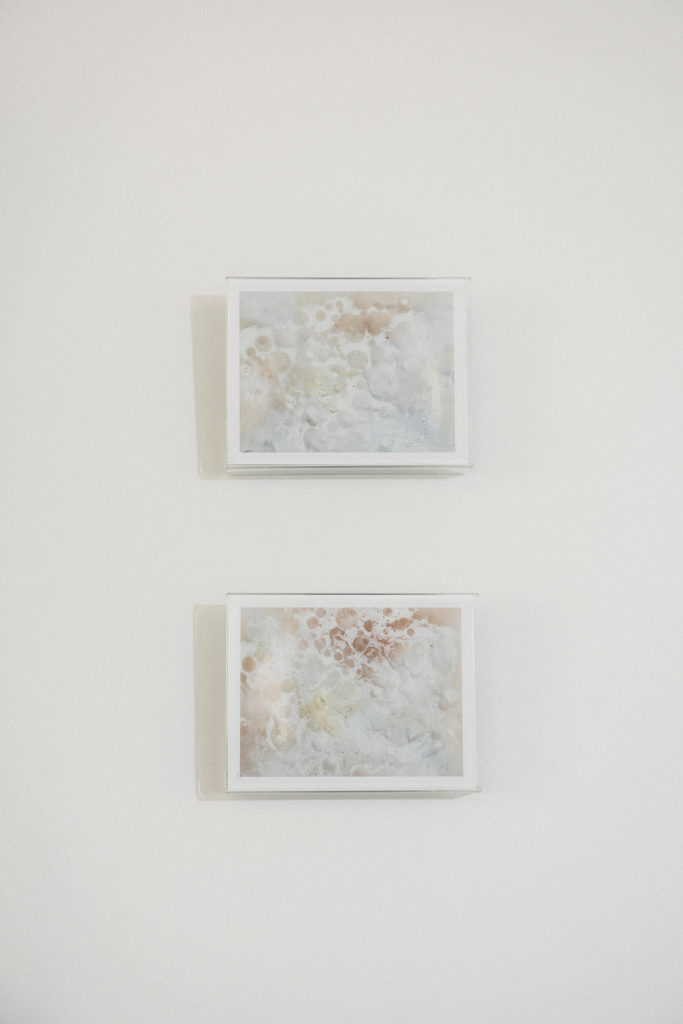 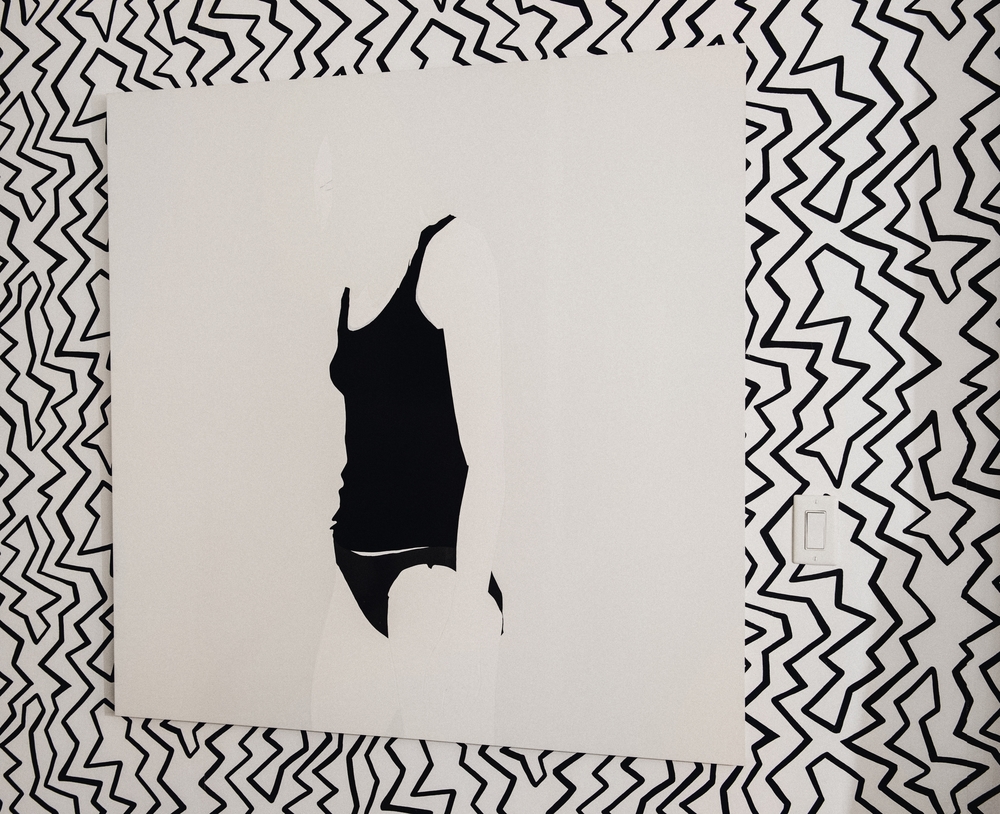 The Max Mara Scion walks the line between contrasting worlds.

BY COURTNEY KENEFICK
PHOTOS BY CAIT OPPERMANN November 30, 2015
Share
Back

The Max Mara Scion walks the line between contrasting worlds.

Maria Giulia Maramotti is the type of person who nimbly walks the line between two contrasting worlds. As the U.S. retail director for fashion house Max Mara, she is business-savvy, though with an emphatically creative vision. Italian born and bred, she also has an American sensibility and Manhattan-paced work ethic. Her evenings alternate between scene-y parties and cooking or listening to jazz music at home. She’s markedly well dressed in cocktail or casual attire, but often swaps her getups for something sportier to go running, sailing, and biking. She effortlessly draws smiles with her boisterous charm, yet appreciates introverted moments alone just as much. Her predilection for art is another example of such paradoxes. Maramotti, who describes her taste as “dark and emotional,” lives among her personal collection inside a Chelsea apartment full of expressive contemporary décor, graphic wallpaper, and rock-’n’-roll touches.

She moved to New York from Paris four years ago to take on her current roll at Max Mara, the Italian clothing company launched by her late grandfather, Achille, in the northern city of Reggio Emilia in 1951. Before helming American retail operations, the business school graduate cut her teeth in the company’s Verona, Italy, store as a salesperson (following a year in investment banking), progressing to store manager in Milan, then eventually managing the French market.

Technically, she’s an heiress, but the archetype is defied by her down-to-earth and warm disposition—further animated by her affable accent. “I’m not an ‘It’ girl,” she says. “I’m very reserved.” Perhaps Maramotti’s modesty comes from the way her tight-knit family continues to run Max Mara’s contrastingly huge business operation—a principle passed down from the founding patriarch. “The biggest gift that my grandfather gave me is this sense of family,” she says.

Out of the office, that bond is just as strong. Which helps explain why Maramotti adopted a penchant for art, inherited from her grandfather, mother, and uncle. She grew up going to museums, having casual tête-à-têtes about various artists, and being surrounded by works collected by her loved ones. In 2007, two years after his death, Achille’s private reserve of contemporary art was moved into the bones of Max Mara’s original production headquarters. It marked the birth of Collezione Maramotti, a compendium of several hundred permanent pieces on view to the public, sans charge—a concept Achille conceived in the ’90s out of “an organic and genuine love for art.”

“It was bittersweet when it opened,” Maramotti says. “I grew up with a lot of those artworks in a very personal and private way, [but] seeing them [available to the] public is something to be proud of.” Her favorite piece, a painting by Anselm Kiefer, holds an especially sweet spot in her heart. “That painting was in my grandfather’s living room forever. Each Christmas evening, that was the place where we opened our presents.”

When Maramotti bought her first artwork, she consulted with her mother, who told her, “It’s your own collection, so I can’t tell you what I think, but listen to your gut.” Her gut led her to a glossy monochromatic Natasha Law painting of an underwear-clad woman. From there, the 31-year-old’s apartment grew into a compilation of her passions and personality. The 13 drawings, paintings, sculptures, and photographs that make up her collection are installed side-by-side with special pictures, handwritten notes, and momentous relics. In the entryway, two gestural black-and-white Jenna Snyder Phillips paintings, also of women’s forms, lean against the wall, waiting to be hung. In that same hallway are a Rolling Stones poster (a counterpart to two of her tattoos, one that says “Gimme Shelter,” and another that replicates one of Keith Richards’s) and a Max Mara campaign starring Christy Turlington, shot by Steven Meisel. Near the kitchen, a pair of Polaroid images by artist Beatrice Pediconi hang adjacent to family photos affixed on her refrigerator. “That’s me,” she says proudly, pointing to a picture of what appears to be three little boys, but is actually Maramotti with her brothers vacationing in Sardinia as children. “I was a tomboy.” She speaks equally as tenderly about the Pediconis, a 30th birthday gift from her uncle. “She pours colors into a huge bathtub, and either films it or takes Polaroids to see how the water and colors react.”