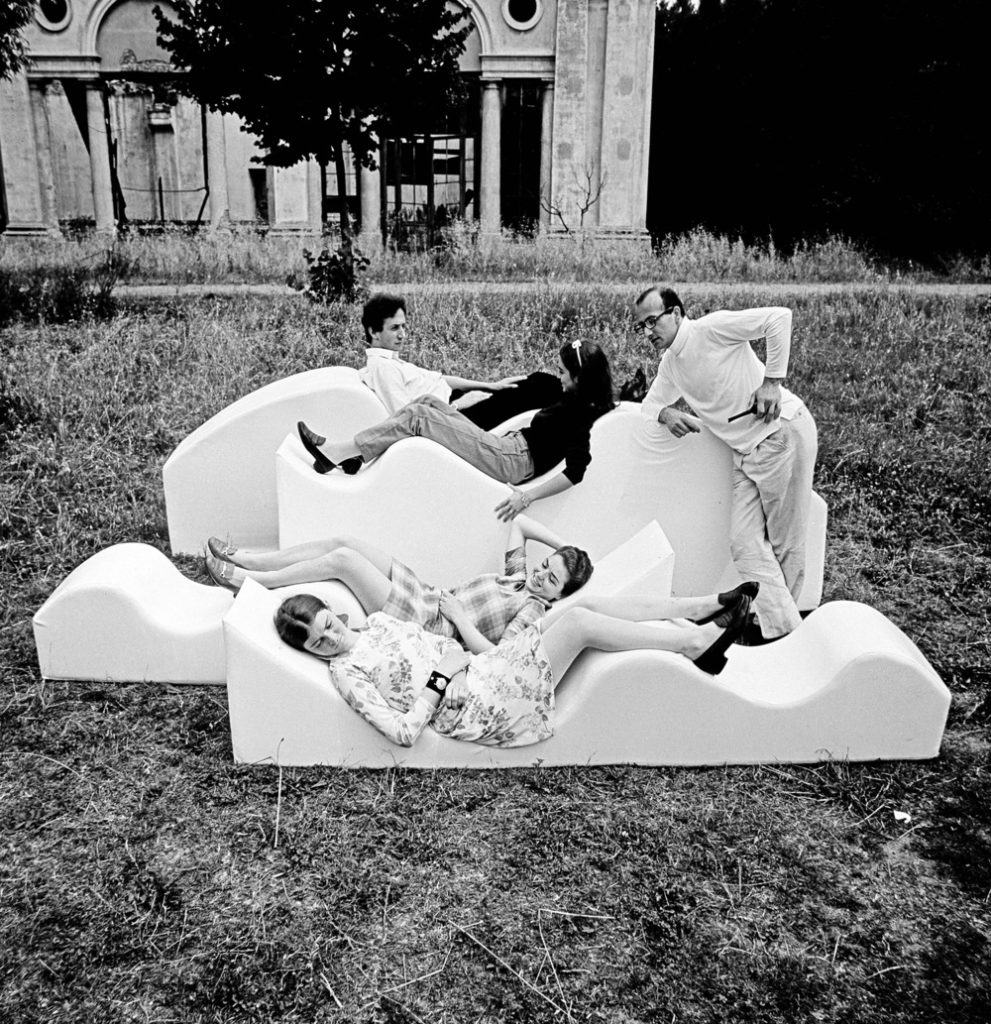 There’s a moment in Tom Wolfe’s The Electric Kool-Aid Acid Test when the Merry Pranksters go to visit Timothy Leary at his Millbrook compound, but Leary won’t come out to greet Ken Kesey. The former is “engaged in a very serious experiment, a three-day trip,” and doesn’t care to be disturbed. The Pranksters, who have traveled across the country, respond to this slight with an attitude summed up by Wolfe as “Fuck you, Millbrook, for your freaking frostiness.” Art historians have had a similar relationship to the hippie movement, treating it as something that might make them look bad if they get too close to it. A new show at the Walker Art Center in Minneapolis, “Hippie Modernism” (through Feb. 28, 2016), however, seemingly seeks to rectify this. The show focuses on the 1960 and ‘70s, a fertile period for innovation across art, design, and architecture. The scope is ambitious, from Italian Radicalism (at right, the undulating chairs of architecture form Superstudio) to the iconic photography of Ira Cohen, who famously shot shamans of the era like William S. Burroughs and Jimi Hendrix. As the show’s curator, Andrew Blauvelt, points out, the title “Hippie Modernism,” is something of an oxymoron, given the flamboyant nature of hippieism’s aesthetic. On the other hand, he says, it was a time when “Aspects of modernism were processed through the values of the counterculture.”