Fendi's Roman Headquarters Solidifies its Stronghold in the Fashion World

Fendi’s monumental home base reinforces the Italian label as a fashion powerhouse.

Fendi’s monumental home base reinforces the Italian label as a fashion powerhouse.

“What’s important for me is that everything we do is our own expression of taste and beauty,” says Fendi CEO Pietro Beccari, who met with Surface in Milan during this year’s Salone del Mobile design and furniture fair. “It’s important that every single one of these expressions makes us proud of what we did and the way we did it.” When it comes to Fendi’s new home base in Rome, set to open in October, Beccari can safely say that the company has met this objective—and then some. The original structure, known as the Palazzo della Civiltà Italiana, was constructed between 1938 and 1943 as part of a business-center complex initiated by Benito Mussolini for the planned 1942 World’s Fair (which was canceled due to Italy’s involvement in World War II). Now, after more than 70 years of sitting empty, architect Marco Costanzi has subtly renovated the building, which will house Fendi for at least the next 15 years. Says Costanzi: “One of the most important things, for me, was to keep as much of the original idea of the building as possible. My job was to not overdesign it.” In the context of Rome, he adds, the move of a major brand like Fendi to this previously empty site—an exemplar of Fascist architecture—will be transformative. “For 500 people to move from the center of Rome, this part of the town is going to be completely different.” Here, Beccari tells us how the new headquarters came about and what it means for the company and Rome.

I started at the company about three years ago. My vision from the beginning has been to finally reunite the company under one roof. For years, Fendi has been divided by two buildings in two locations. In fact, if you count some temporary offices and warehouse space, it’s three or four locations. I didn’t want to have that for the long-term, so I immediately started the search for a new office. It wasn’t easy because we have to accommodate 500 people as well as our fur atelier.

We started the search for a building in the middle of Rome. It was very difficult. We visited around 19 to 20 buildings. But we were deceived. We didn’t find anything until a friend of a colleague of mine working for the company that owns and manages all the buildings in this quarter, called EUR—which means “Esposizione Universale Roma,” or “Universal Exhibition Rome”—told us about one. He told us they wanted to build a museum on the site, but why don’t we dare to go there and ask them if they want to rent it out? I said, “Are you crazy? This is a monument, they would never do that.” As a matter of fact, after a couple of exploratory meetings, we found ourselves in Italy’s Ministry of Cultural Heritage and Activities and Tourism discussing with the ministers the fact that they already have five museums in the area. They were spending 7 million euros annually for these museums, which are basically empty. I asked, “Do you want to spend another 10 million a year or accept my offer of 2.8 million for rent and we make this area alive by bringing fashion to this fantastic building?” Surprisingly, the answer was yes.

That’s how it happened: We dared to ask, and they didn’t dare to say no, facing a crisis situation in Italy, and facing that fact that they had to give life to a building that had been empty for 72 years. Tourists were coming to the building and were not even able to approach it because there was a protection barrier around it. We said going in that we would open the area around the palazzo and allow tourists to enter the ground floor. There will be badges required to enter our offices, but people will have free access to the ground floor. They’ll be able to come in, take pictures, and explore exhibitions. We’ll do exhibitions there about Italian excellence. The building’s name itself—Palazzo della Civiltà Italiana—means the palazzo is dedicated to Italian excellence. Because Fendi is 100 percent made in Italy, we wanted to promote “Made in Italy.” This exhibition on the ground floor will be dedicated that. It could be related to Fendi or unrelated. I promised the state I’d give this place to whomever has a good idea, which I’m very happy to do.

Choosing the architect for the building was really simple. Marco Costanzi had already worked with us in Milan, where we restored a beautiful space and turned it into our showroom. The project went well, so for Rome we said, “You know our tastes, you know what we like. Let’s do something.” I often say the building is without time. It could’ve been built yesterday; it could’ve been built 1,000 years ago. We told him we needed it to be something that would feel very modern and very functional at the same time. The biggest difficulty was the tall ceiling: It’s nine meters high. The space also has a lot of light coming in—it’s the highest point in Rome. Marco optically lowered the perspective with a structure in black steel, and to avoid echoes, he covered the ceiling in a white sound-dampening material.

Marco’s design is clean and sharp. The brief was absolute transparency. I want a company that’s transparent, fast, fresh, and with open communication. When you enter this office, you see that. You’d imagine a company that’s more than just “transparent.” That’s what I want. You’ll be able to see everything that’s happening.

Continuing this idea of transparency, my office is behind glass. I have nothing to hide. That’s the way I am, and that’s the way I want my company to be. For my desk, Marco took a piece of marble that was left in the basement from the original 1938 construction. He said, “This marble is very rare. It would now cost a fortune, and you’ll never find it. I’ll build a table out of it for you.”

We have 500 people occupying all 19,000 square meters across seven floors. Below the stairs is level zero, which is occupied by offices. We’ll have visual merchandising there. I asked the visual merchandising team to build its own offices. They invited a spray artist to paint the walls. It’s very adapted to their spirits. The fur atelier will be there as well, with light coming from the skylight of the stairs. We’ll concentrate all of our efforts in this one place, which is where Fendi will hopefully be for the next three to four generations.

Karl Lagerfeld says we’re not an Italian brand—we’re a Roman brand. Fendi has a Roman attitude in the sense that we have an incredible taste for beauty. Rome is full of color and very outspoken, and I think Fendi is, too. Both Rome and Fendi have an assertive elegance. Rome is also giving us something marketing-wise. Millions of people dream to go to Rome, and with our name linked to the city, it’s a good thing for positioning. This building isn’t only about philanthropy; it’s also a way to promote our company’s link to the city. 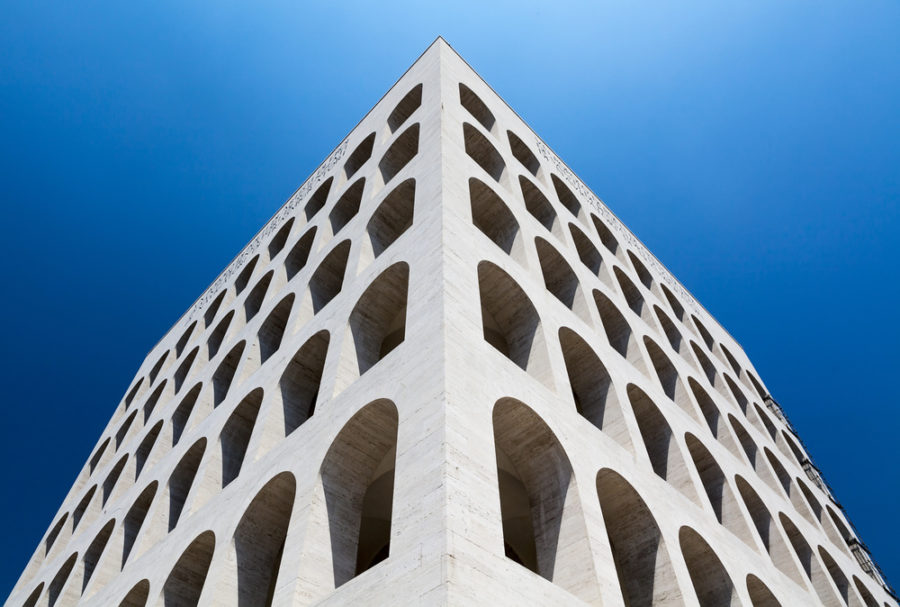 Thank-You Notes and the Waspy Allure of Smythson Stationery