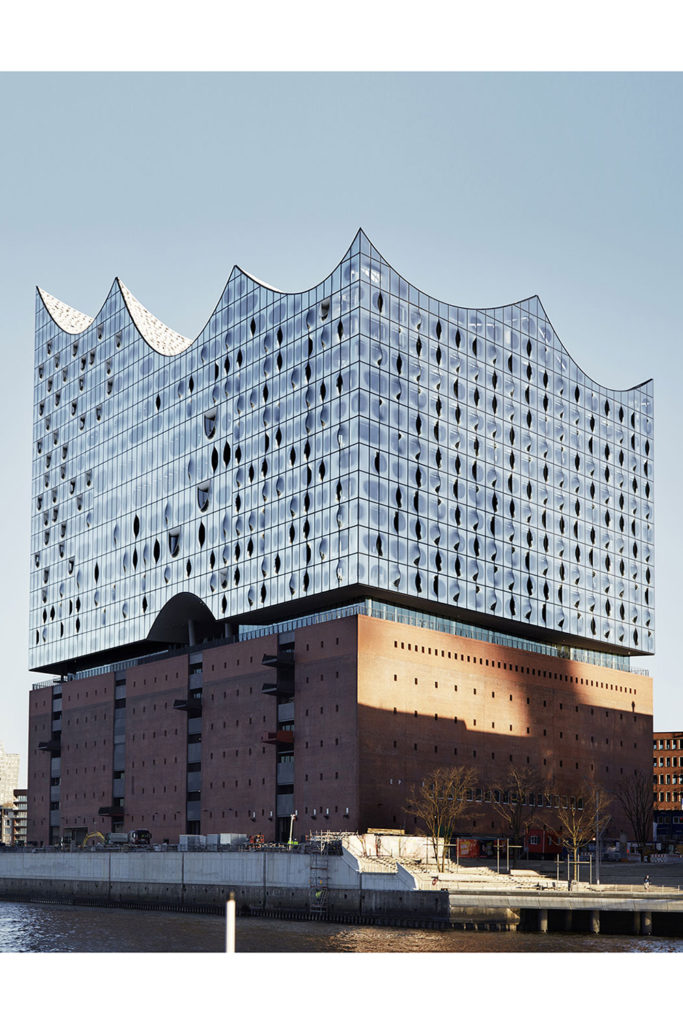 By David Basulto, Founder And Editor-in-chief of Archdaily January 09, 2017
Share
Back

By David Basulto, Founder And Editor-in-chief of Archdaily January 09, 2017

Nearly 10 years in the making, the Elbphilharmonie Hamburg will open its doors early this January. If concert halls have a special place in the city’s heart, this one really strikes a chord. Designed by Herzog & de Meuron, it’s nestled in Hafen City, an area that was once filled by infrastructure serving the Port of Hamburg. Since 2003, the neighborhood has become the site of the largest urban regeneration project in Europe. Now, in a sea of 21st-century buildings, the Elbphilharmonie stands out on the skyline for its ethereal glass form, balanced on the brick walls of an old warehouse. At ground level, the entrance gives way to an escalator that carries visitors up nine stories to the base of the glass structure. Inside, a plaza offers a panoramic view of Hamburg and the adjacent Elba River. This is also the access point for the hotel and residences contained in the complex. At the center of everything is, of course, the Grand Hall, where concerts can entertain an audience of 2,100 and reverberate within walls streamlined for acoustic perfection by Yasuhisa Toyota (who counts Walt Disney Concert Hall among his many high-profile projects). Who wouldn’t like the sound of that?