Beginning in fall 2019, the fine art institution will unveil 2020 Vision, an initiative that puts women on top of the scales.

Beginning in fall 2019, the fine art institution will unveil 2020 Vision, an initiative that puts women on top of the scales.

For the Baltimore Museum of Art (BMA), the future is female. The institution announced a year-long program of 20 exhibitions called “2020 Vision,” which will be dedicated to women and female-identifying artists. It celebrates the 100th anniversary of the ratification of the 19th Amendment, and comes at a moment when most trades—from film to technology—have been taking a stance, following the Time’s Up movement that calls for equal pay and representation for both genders.

“The BMA’s ‘2020 Vision’ initiative serves to recognize the voices, narratives, and creative innovations of a range of extraordinarily talented women artists,” said Christopher Bedford, the Dorothy Wagner Wallis director at BMA. “The goal for this effort is to rebalance the scales and to acknowledge the ways in which women’s contributions still do not receive the scholarly examination, dialogue, and public acclaim that they deserve. This vision and goal are especially appropriate, given the central role women have played in shaping this museum throughout its history.” 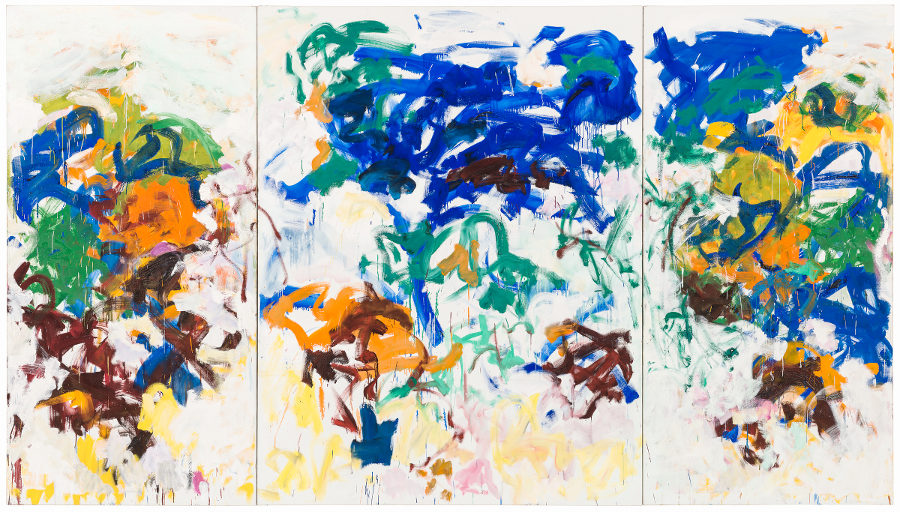 Indeed, the fine art museum already has a satisfactory reputation for promoting women artists and designers, accumulating 3,800 works—from Mary Cassatt and Élisabeth Louise Vigée Le Brun, to Wangechi Mutu, Cindy Sherman and beyond—and mounting exhibitions that show their invaluable contributions to the industry. But with “2020 Vision,” BMA is emphasizing this point with much greater verve. Not only will it devote a year’s worth of retrospectives and presentations, it will also host a series of workshops and other programs with the aim of developing a dialogue centered on the role of women in art history, and how better the art world can circumvent the pervasive, long-standing trope that places men and their work on a higher pedestal.

The “2020 Vision” program will kick off in fall 2019 with “By Their Creative Force: American Women Modernists,” an exhibition that will highlight artists that have contributed to the major art movements of the 20th century, featuring paintings by Georgia O’Keefe, Grace Hartigan, and Elizabeth Catelett. Then, in November 2019, Mickalene Thomas will unveil her large-scale installation, transforming the museum’s east lobby into the artist’s signature living rooms. This will be followed by “Free Form: 20th-Century Studio Craft”; “Adorned: African Women & the Art of Identity”; a rollout of videos by Candice Breitz“; “Joan Mitchell: Fierce Beauty,” and many others from September 2019 until summer 2020. Additionally, BMA has commissioned works by Katharina Grosse, and will erect solo shows on Sharon Lockhart, Ana Mendieta, Howardena Pindell, and more in its contemporary art wing.

Though this push was way overdue, it’s a gallant effort on BMA’s part to be one of the first institutions to pool all its resources into portraying women artists as leaders and thought-provokers—and not just a subsidiary of their male contemporaries. To be sure, time was up.