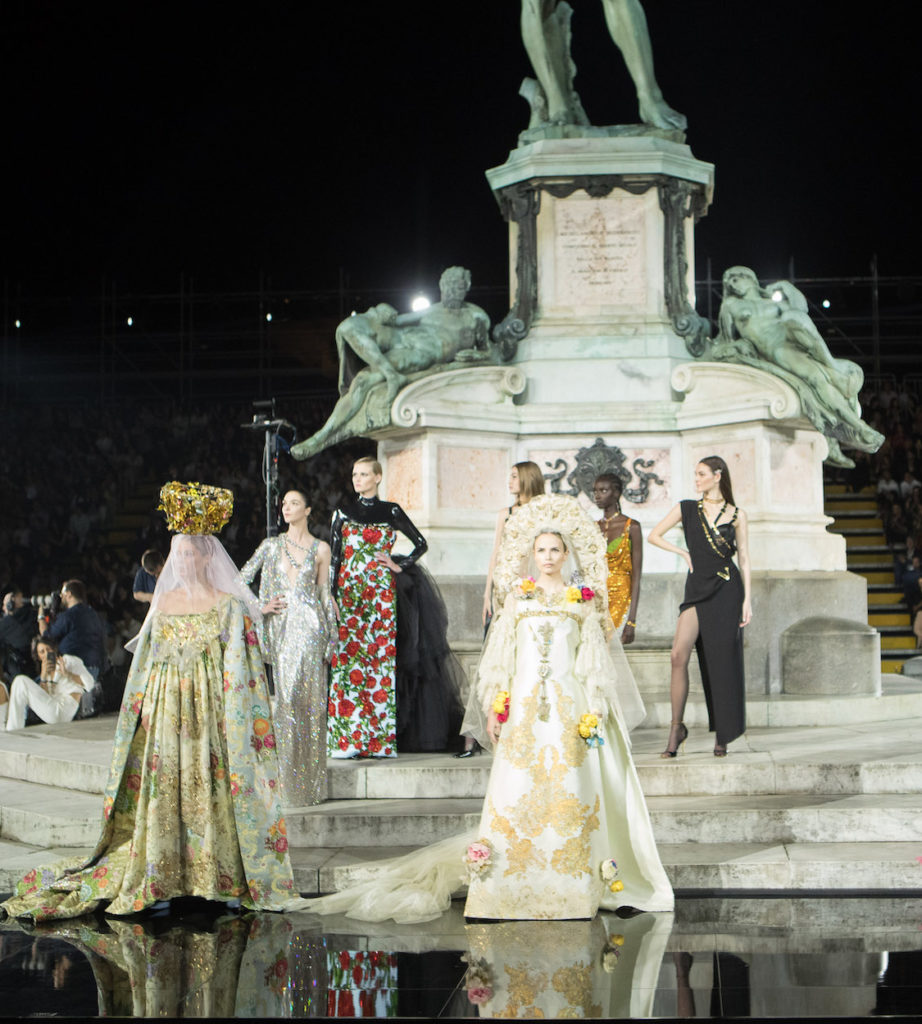 The stylist and editor joined forces with Luisaviaroma for a star-studded event at Piazzale Michelangelo.

The stylist and editor joined forces with Luisaviaroma for a star-studded event at Piazzale Michelangelo.

Carine Roitfeld packs a lot of clout in the fashion industry—a characteristic that was put on full display at the Piazzale Michelangelo in Florence. Here, the stylist and editor staged a behemoth fashion show in collaboration with her company, CR Fashion Book Ltd., and retailer Luisaviaroma, which is celebrating its 90th anniversary. Over 3,700 guests attended, including J Balvin, Heron Preston, Remo Ruffini and other luminaries in the fashion and media industries.

On view was a literal parade of A-list models (Gigi and Bella Hadid, Joan Smalls, Alek Wek, Joan Smalls, and Halima Aden) dressed in 90 looks from the Fall 2019 men’s and women’s collection, along with a few custom pieces, which were all handpicked by Roitfeld herself from brands like Oscar de la Renta, Alexander Wang, Tom Ford, and many more. Lenny Kravitz performed at the finale.

Indeed, with all the star power and picturesque venue, the runway show had all the makings for a once-in-a-lifetime event. Though, Roitfeld and her son, Vladimir Restoin-Roitfeld—who serves as president and managing director of her magazine and studio—plan on staging the same kind of spectacle, which they call CR Runway, annually across major cities around the globe, giving many the opportunity to see the stylist’s work firsthand.

Designer of the Day: Brit Kleinman