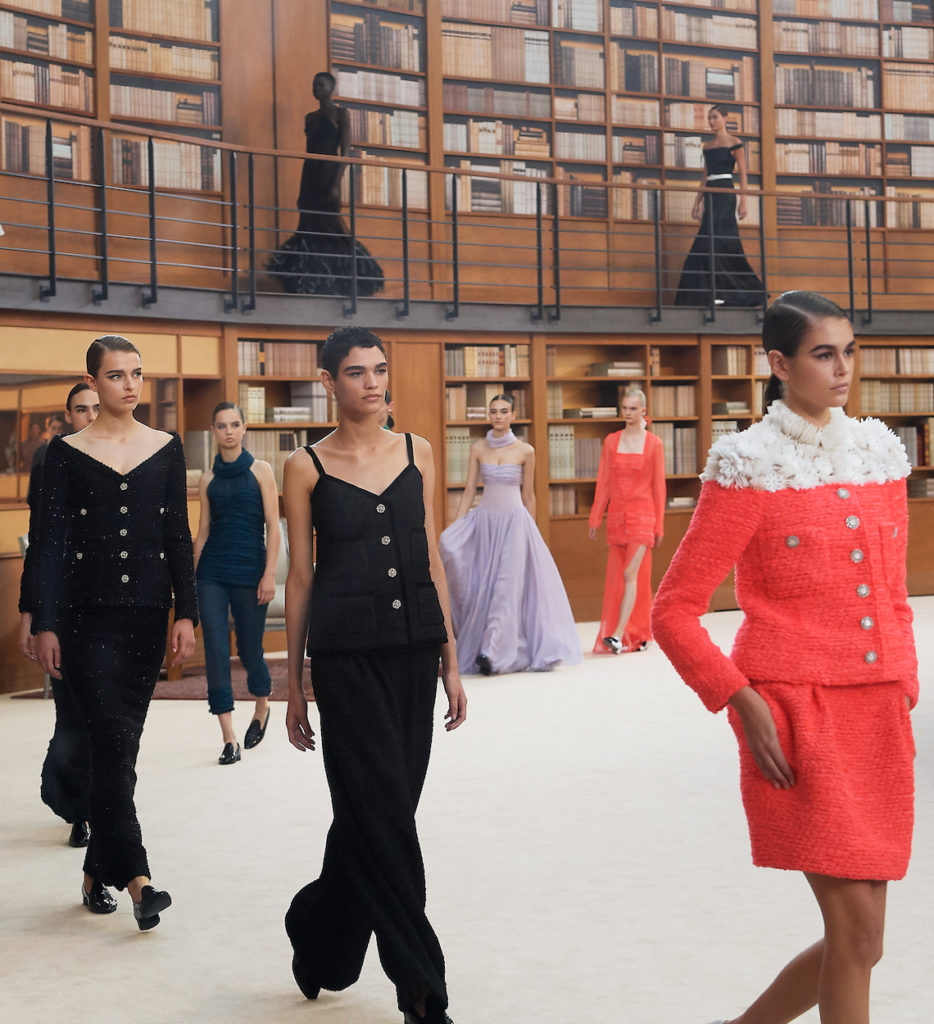 Chanel’s recent show at Paris Couture Week was one for the history books, literally. Virginie Viard, the new creative director for the famed brand, presented her first couture collection for Fall 2019 at the Grand Palais, changing the grand exhibition space into a two-tier circular library. The set design truly emphasized a new chapter for Chanel, whether it was intentional or not.

This is because Viard is only the third person to have the top post at the French label, following the eponymous designer and Karl Lagerfeld, who was lauded for consistently reinvigorating throughout the decades. It’s a tough act to follow, but Viard—who was his virtual right-hand, serving as the head of Chanel’s fashion studio for over 30 years—understands the maison’s aesthetic better than anyone. To whit, her collection was classic Karl. 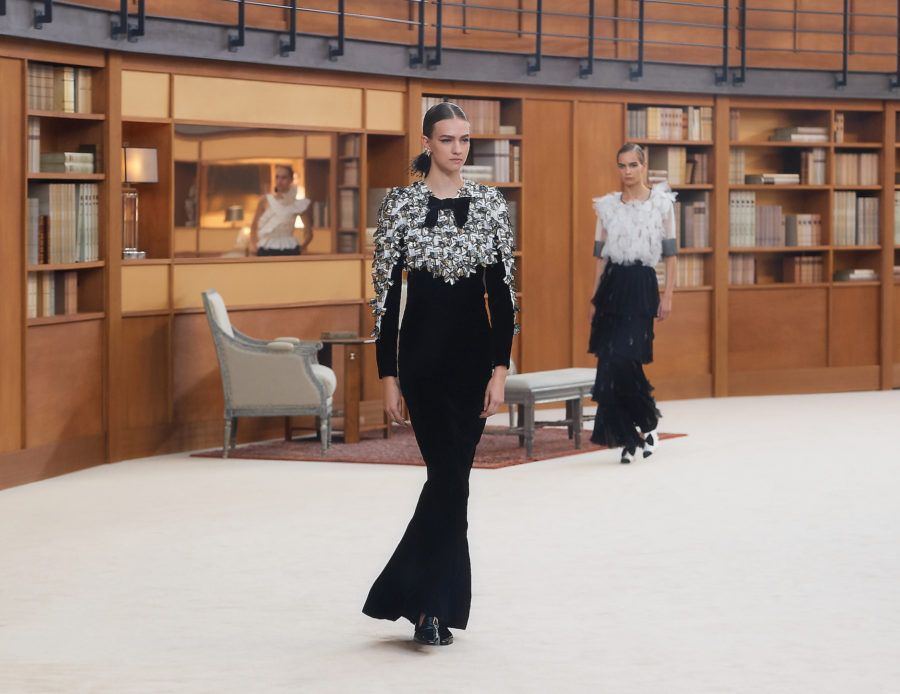 There were the requisite bouclé suites and coats—with the addition of maritime motifs, including sailor collars and admiral buttons—that the brand’s clientele have come to rely on. Peppered in were silk chiffon gowns, and column dresses covered in eye-catching appliqués of camellias or bows. Several looks brought the Edwardian drama (a favorite era of Lagerfeld) with ruffles on the neck, cuff, or shoulders. The color palette stuck to black, white, and navy, with touches of coral, forest green, and purple; and the silhouettes were long and streamlined, with some jackets having rounded shoulders.

Viard’s designs were faithful to Chanel’s DNA, sticking to a formula that has made the company a paradigm in the fashion industry. (As they say, if it ain’t broke, why fix it?) That said, it will be interesting to see what Viard brings to the brand down the line and what her lasting impact will be in Chanel’s hall of records—or on this instance, library.