In the middle of Miami Art Week, Surface’s editor-in-chief Spencer Bailey talked to the president of Rhode Island School of Design and the cofounder of Art Production Fund about the importance of art education and public projects.

In discussing art education and finding success as a creative, Somerson debunked the notion of a “starving artist,” noting the widespread success of her students. Moreover, graduates are putting their talents toward social responsibility, including one who created an animated program for patients at a children’s hospital. Somerson also touched on the importance of putting technology into the context of art. “We’re educating kids for jobs that don’t exist yet,” she said.

Villareal, whose ventures include Prada Marfa by Elmgreen and Dragset and Ugo Rondinone’s “Seven Magic Mountains,” explained that committing to a long-term project requires a strong belief that it is giving to the greater good. “Art is for everyone,” she said. “It is not elitist. It is a necessity.” When prompted about the political noise in today’s world, she said, “Art has never been more important.” 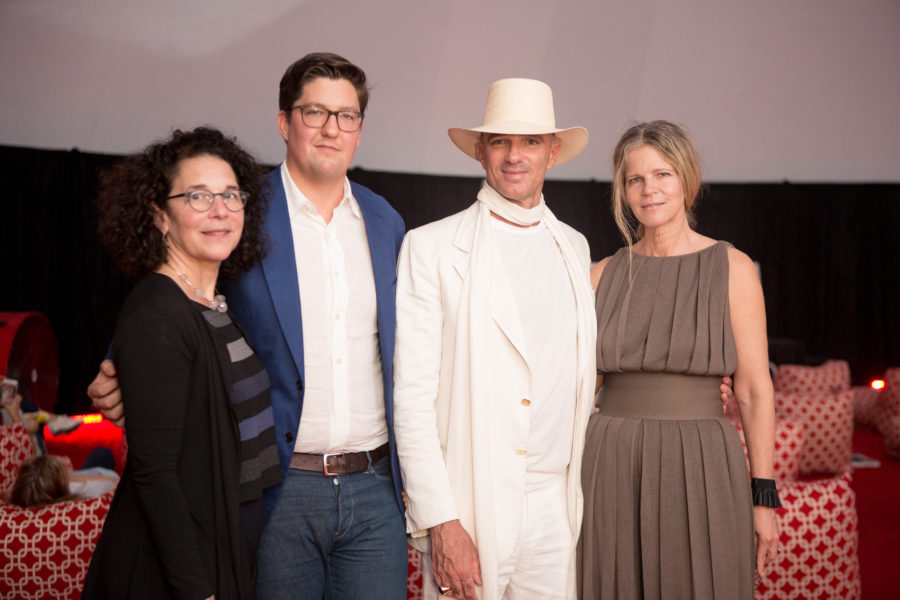 Watch the video of the conversation here. Find out what else Surface has planned during Art Basel Miami Beach here.

An Israeli Escape Injects New Energy into a Lakeside...