The Swiss-born, New York-based artist invites us into his Harlem space as he prepares for an opening with Miami's Bass Museum of Art.

Your two-year-long “Seven Magic Mountains” project with the Nevada Museum of Art and the Art Production Fund opened earlier this year. How did it come about? And how did it then evolve into “Miami Mountain,” the new acquisition by the Bass Museum, to debut during Art Basel Miami Beach?

“Seven Magic Mountains” has its beginning in Manhattan, when I did “Human Nature” [with the Public Art Fund] at Rockefeller Center in 2013. The material for that was rough stone, cut in a way so that the stacked stones would resemble the form of the human body. It was about the contrast between the city and something wild or rough.

My work is built in duality. This dynamic feeds and develops it. For “Seven Magic Mountains,” I went into nature [in Nevada’s Ivanpah Valley, outside of Las Vegas] with the same material, stone, but this time made the stone look artificial. When you see the sculptures, you cannot tell if they’re plastic, styrofoam, or stone.

It’s funny, because during the show at Rockefeller Center, there weren’t as many people obsessed with photographing art as there are now. Now, on Instagram, the hashtag of your name brings up 16,000 results.

Yes. In a lot of the images, people are doing jokey things. One person pretended one of the “Mountains” was a lollipop.

To find the right spot for this installation, we drove down Interstate 15. About 30 minutes outside of Las Vegas, it’s just a state of desert. It’s silent. There’s just the presence of the sun. At some point, I saw, as we were going back to Las Vegas, a long stretch of land. I thought, Oh, that’s it! I could produce the sculptures there.

By coincidence, there was a silver, shimmering light at this site: Jean Dry Lake. This lake was the site of Michael Heizer’s first of his “Nine Nevada Depressions” [from 1968]. By chance, in front of the site, there is a sign that says “The Last Spike,” from 1905. That’s where the railroad came together from the east and west. It’s what made Las Vegas possible. It was a nice coincidence.

Were the rocks in “Human Nature” and “Seven Magic Mountains” from the same quarry?

No,the quarry we sourced from for “Seven Magic Mountains” is limestone. The “Human Nature” rocks are a bluestone. The limestone is softer—that’s why it’s in blocks. With “Human Nature,” they’re more geometric, because more calculation was needed to break them.

“Seven Magic Mountains” looks so spontaneous in the way it’s assembled, but it obviously took a lot of planning to arrange which rock would go where, and which colors each would be.

Once I labeled them, I could play with them later. I didn’t want to really calculate, because I wanted it to still come as a surprise as to what kind of forms they would have. I mean, I knew stacks would have a minimum of three stones, and a maximum of six. The same with the colors, which are the colors of the rainbow, plus silver, black, and white.

It looks like it’s more neon than your other works in which you’ve used color, like “Hell, Yes!” [(2001) at the New Museum], for instance. Was that on purpose?

Yes, because one of the forces in the desert is silence. Dimension is the second one, exerting the inability to calculate how tall something is unless you approach it. From far away it doesn’t make a difference if it’s 40 or 80 feet tall. The third force is the sun—the colors glow and radiate from the illumination of the sun. The sun is an active aid in the way that those colors appear.

Interplay of sun and shadow also speaks to the history of land art.

Land artists respect nature in that they blend in their artwork with nature. I’m doing the contrary. I’m using natural material like they did, but making it artificial for a brutal contrast.

A lot of the people going to “Seven Magic Mountains” now might not have seen your Rockefeller Center work.

My public sculptures are very accessible, so you don’t need to know the background of the artist to appreciate what you’re looking at.

What have the reactions to these projects been? What were people saying about “Human Nature” versus “Seven Magic Mountains” as each were revealed?

“Human Nature” was different because I broke ground for my generation by working with stone. Now, three years later, stone’s become a common material again. So the discussion was more about  using this magic material that has been around since clay, and about bringing a primal material back into the art world.

In the city, you have—by its nature—more people passing by. In Nevada, it’s on Interstate 15—the road between Los Angeles and Las Vegas. In the end, I believe 95 percent of people who see “Seven Magic Mountains” make a field trip to that site. The benefit, or so I hear, is that for the many people who visit Las Vegas and have the notion of gambling and fun and all the rest of it, “Seven Magic Mountains” gives them the notion of the beauty of nature, which Las Vegas is surrounded by. An artwork can open doors to appreciating the landscape.

Yes, definitely. So what led you to make a version for Miami?

Silvia Karman Cubiñá, the director of the Bass Museum, came to the opening in the desert. She asked for that sculpture, and I thought it was a great idea for Miami, a city that doesn’t have mountains. At least they would have their first mountain! The surrounding colors in the city are green and brown, so it really pops.

People joke about Art Basel Miami Beach being similar to Las Vegas. I feel that for that week, it really becomes Las Vegas-like.

I’ve never been to Art Basel Miami Beach. This year will be my first time. I’m going to figure it out.

Miami’s South Beach is an island in the ocean. It’s nature surrounding a city, like the desert surrounding Las Vegas. 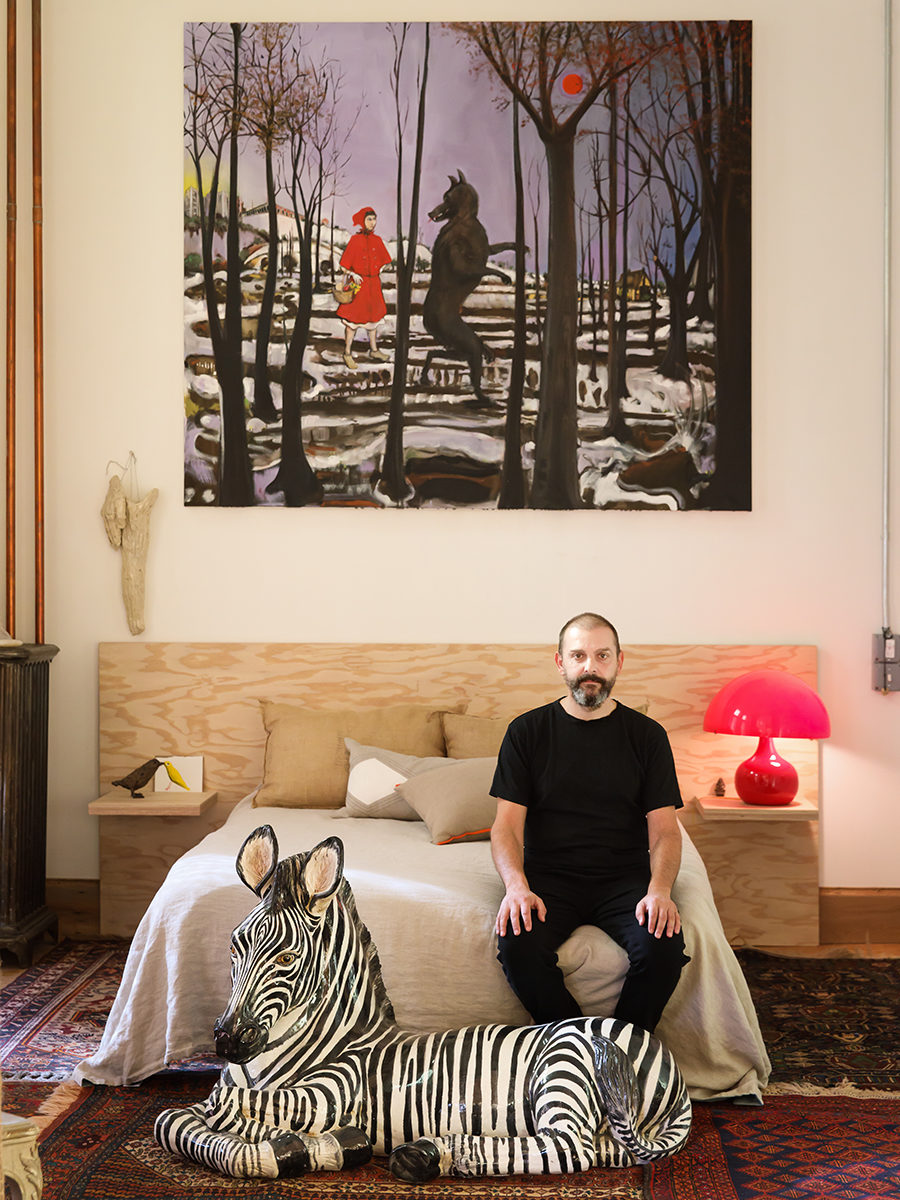