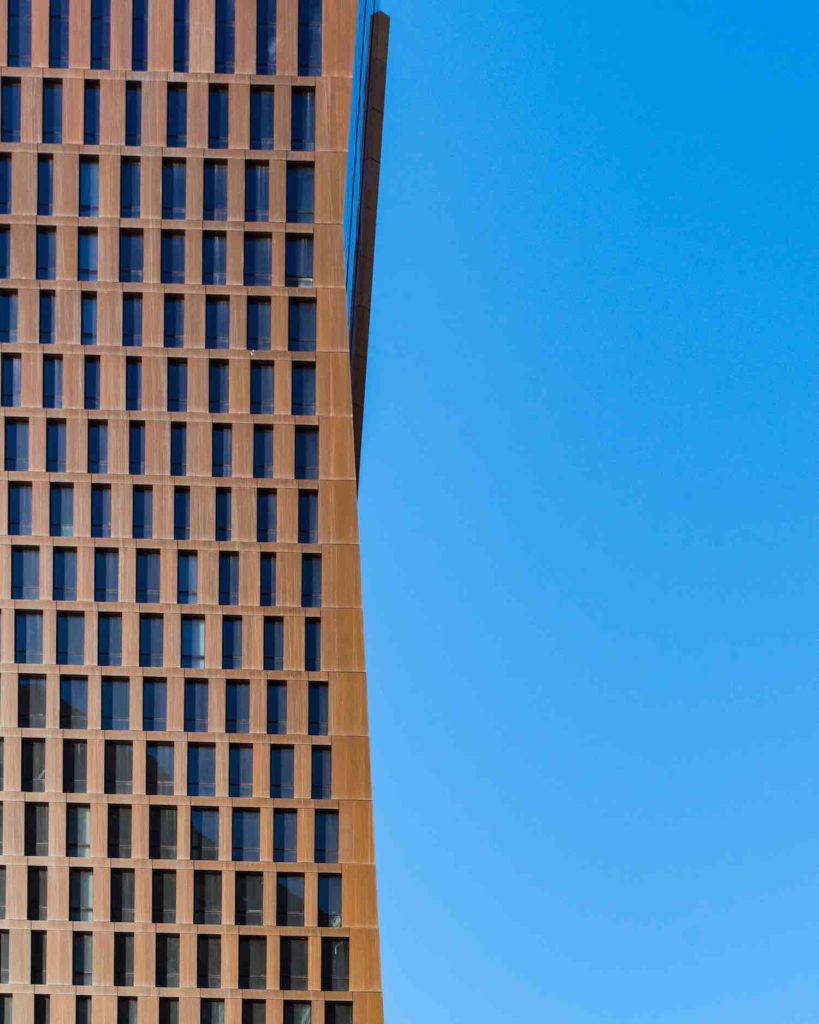 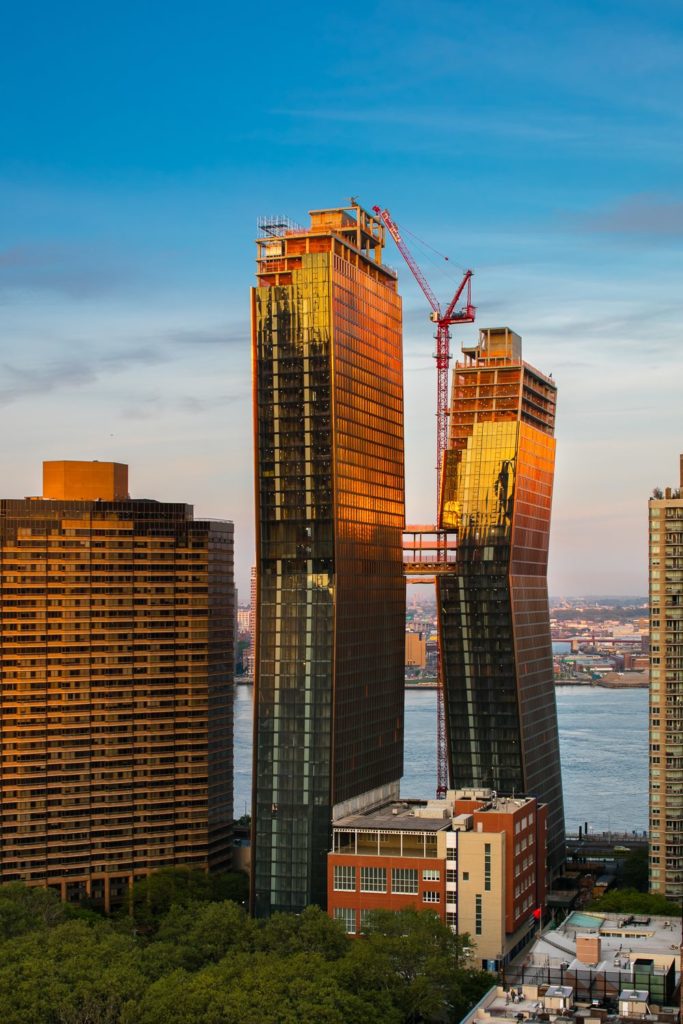 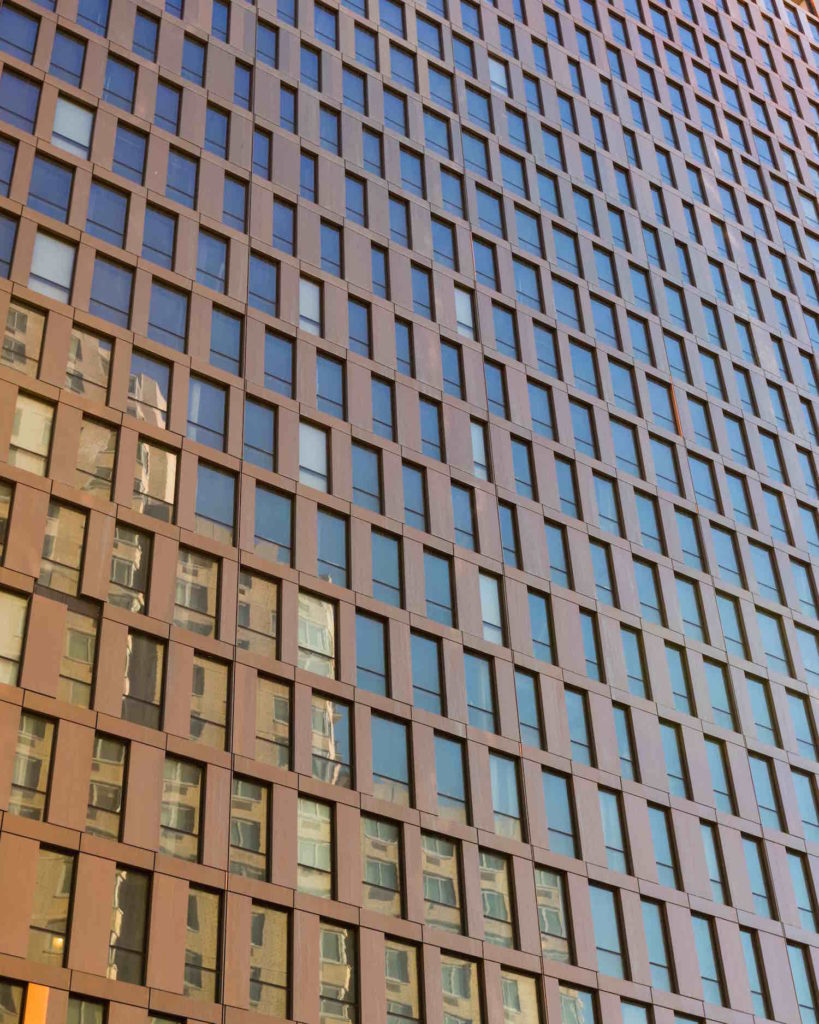 A rendering for the swimming pool inside the skybridge at American Copper. (Image: Courtesy JDS Development Group) …
Partnership

A duo of angled towers bring architectural excitement to a Manhattan neighborhood.

BY DAN DURAY
PRODUCED BY SURFACE STUDIOS IN PARTNERSHIP WITH JDS DEVELOPMENT GROUP November 28, 2016
Share
Back

A duo of angled towers bring architectural excitement to a Manhattan neighborhood.

Kips Bay is on the rise. The quiet swath overlooking the East River, in the far east thirties of Manhattan, is known as a sleepy neighborhood catering more to first-time homeowners and recent college grads than to high-end real estate and cutting-edge architecture. With the American Copper Buildings, a dynamic new complex composed of two skyscrapers from the JDS Development Group, that reputation is about to be upended.

Designed by internationally renowned SHoP architects, the 761-unit residential towers are defined by their distinct tilting effect, 100-foot-long skybridge, and interplay with the nearby United Nations. They look the way Robert Moses might have envisioned them after a few days at Burning Man.

When viewed from certain angles, the towers’ pinched shape can even play tricks on the eye. So much so that during construction, the New York Fire Department called SHoP to ask if American Copper was collapsing. You could forgive them for thinking it. Not only are the two 46-story buildings marked by their namesake metal’s russet hue, which has in places already begun its slow patina into a deep green, but they appear to bend away from each other. “It was a hard building to draw,” says SHoP principal Greg Pasquarelli. “Some buildings you can do the rendering and say, ‘Oh, I get what that is.’ But there’s a lot of subtlety to this building, and a lot of heroic moves, like the bridge, that you only really understand now that it’s built.”

Because of the tilt you can see much of each building, and their public-private entrance gardens, from many of the rooms. The windows create a honeycomb-like facade. But American Copper’s most idiosyncratic feature by far is the skybridge between floors 27 and 29, which features a mid-air lounge and a 75-foot swimming pool. “Where else in the world can you swim laps 26 floors up?” Pasquarelli asks.

Views from the skybridge, and from all the apartments, are not only unparalleled but unprecedented: on one side the Empire State Building in all its glory, and on the other Greenpoint and Williamsburg, reachable by ferry in just five minutes. From almost any floor of American Copper, one can look south and see down all the way to Houston Street.

Outside, on the corner of First Avenue, in Midtown, Pasquarelli playfully bends himself back to take a picture. “We had to pitch gold, before copper sounded like a financially responsible choice,” Pasquarelli jokes. (Copper has climbed in value in recent history: the pennies in your pocket are actually mostly zinc.) The building’s 5,000 metal panels make up one of only two copper facades in New York. “Our office has always been interested in playing with raw materials and living materials,” he says. SHoP, like JDS, like to see their projects age gracefully over time.