On Wednesday, June 28, designer and cofounder of, Exhibition A, Cynthia Rowley, and founder and CEO of CORE real estate group joined Surface magazine’s editor-in-chief, Spencer Bailey, for Design Dialogues No. 36. Inside the Annabelle Selldorf–designed 42 Crosby in New York City, more than 75 guests gathered, including Pari Ehsan, Buxton Midyette, Jilly Hendrix, and Andy Cohen (of Atlas Capital Group), for a discussion that examined the future of retail, technology, design—and of living in New York City. 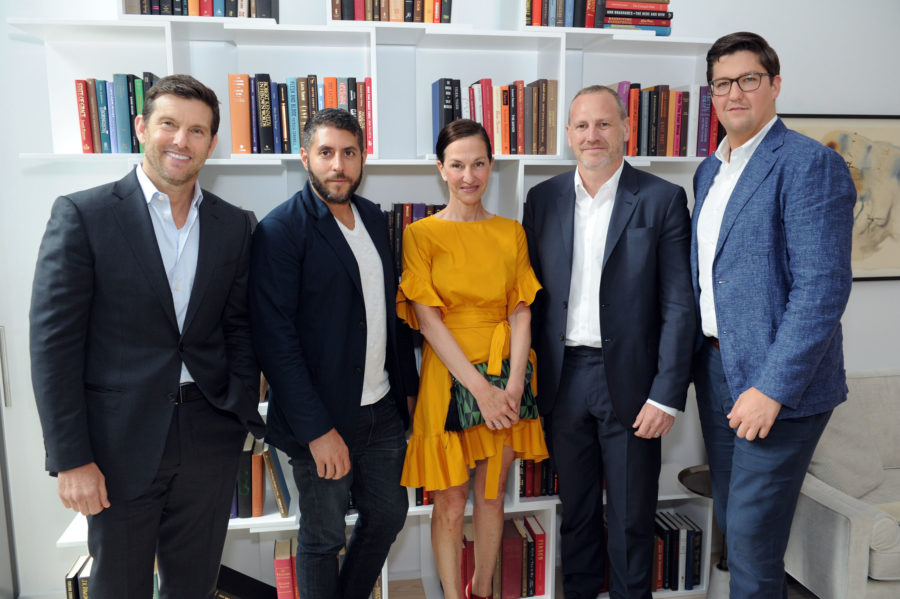 “I didn’t really have the money to pay for it,” said Rowley of her first apartment in New York, “but I could justify it because it was for work and I had a youth-hostel idea, where you could come and stay with me if you worked and helped make clothes.”

Rowley ended the evening of cocktails and snacks with a clever tip for those trying to make it in New York: “If all else fails deny, defy, and sugar coat.“