A century-old rug company debuts a new flagship in the upscale Brera neighborhood.

Art director Francesca Avossa never imagined the hand-knotted carpets of Golran—the fourth-generation Persian rug company beloved by boutique hoteliers, luxury fashion brands, and high-end interior decorators—as objects to unfurl on the ground and stomp all over. She believes the colorful, handcrafted rugs are pieces of art, and has aimed to display them as such, everywhere from the Milan furniture fair booth her firm, Francesca Avossa Studio, helped create for Golran in 2009 to a new boutique, which recently opened in the Brera arts district.

To execute her vision, Avossa charged Milanese architects Storage Associati with a rather hefty ask: to translate the brand’s values—elegance, sophistication, tradition—into a physical space that embraced emotion and innovation. She used the stripped-down white cube from the fair as a template, asking the architects to improve on it for a permanent space.

The resulting street-level store acts as a gallery of sorts, where tufted masterpieces by artists like Bertjan Pot and Isabella Soldi are exhibited beside more traditional Iranian, Indian, and Turkish designs. When customers are ready for a deeper dive, a staircase leads them down into the below-ground showroom. “We made the staircase in all brass to remind clients they’re entering an area of precious objects,” says Michele Pasini, founding principal at Storage Associati.

The ambience of the subterranean catalog of carpets, housed in a massive copper merchant’s chest, is more performance art than retail. Take the illuminated display tracks on the ceiling, a reinvention of the traditional heaving pile system commonly recognized at bazaars. “It gives salespeople an elegant way of moving and showing designs,” Pasini says. 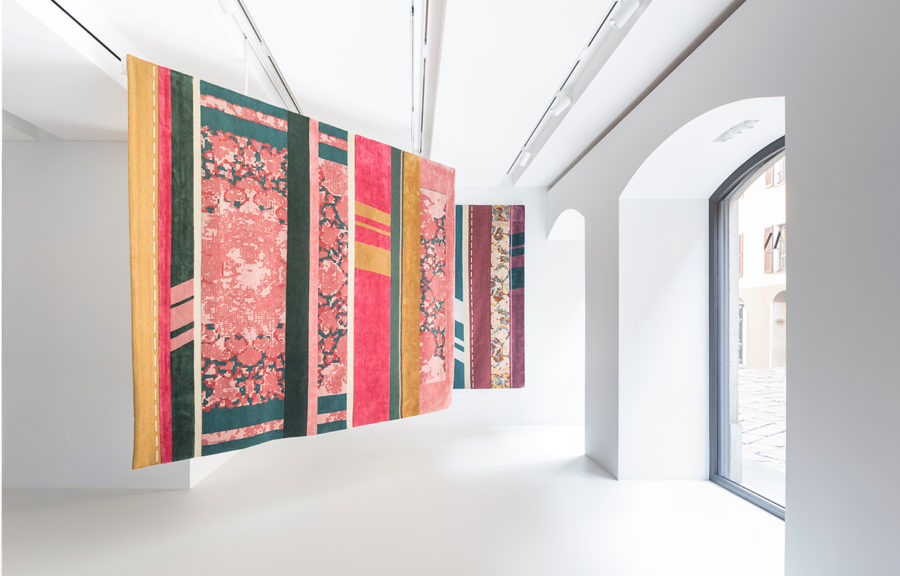 For the Paris-based Avossa, who also works with Ligne Roset and Galeries Lafayette, Studio Associati created more than a mere boutique; rather, it’s a “fascinating creative universe” worthy of its precious inventory. It’s also a strikingly modern expression of a family-owned rug company that traces its roots back to Persia, with a lineage lasting more than a century. It has the cultural allure of a carpet souk, sans the haggling.