Thom Mayne came late to the game. By the time he was invited to contribute a suite to the 7132 Hotel’s House of Architects, a coterie of the industry’s best names—Peter Zumthor, Kengo Kuma, Tadao Ando—had already made their imprints on the property with a series of high-concept, one-off suites. For his contribution, Mayne looked to the surrounding landscape for inspiration. Wedged between two Swiss Alps peaks in a rugged valley, the 7132 Hotel borders on a remote community of 1,000 people that might just be outnumbered by sheep. “This valley, it’s spiritual,” Mayne says. “It’s so unusual in its power.” 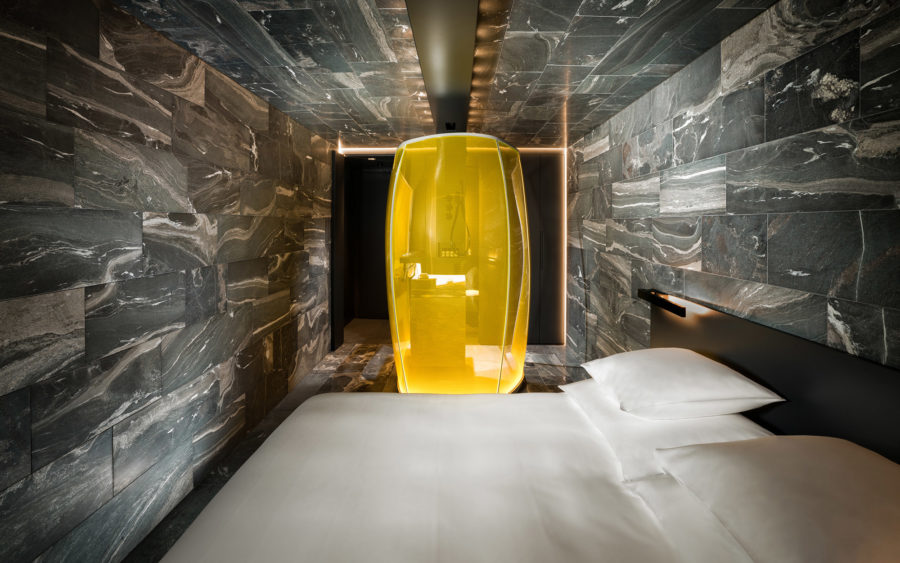 The six rooms are nearly as primordial as Vals itself, with each one encased in a different natural surface—varying types of stone and wood—sourced from the nearby Graubünden forests. A sculptural cast-glass shower in the center of the room feels alien among the earthy materials but, as Mayne explains, there’s symbolism behind the juxtaposition: “It’s the clearly invented, man-made insertion into the natural environment.” Pressed for a deeper philosophical explanation, the architect protests. “I don’t need words and I don’t use words,” he says. “I produce these places—that’s my language.”

As with all art, interpretation is left to the beholder. 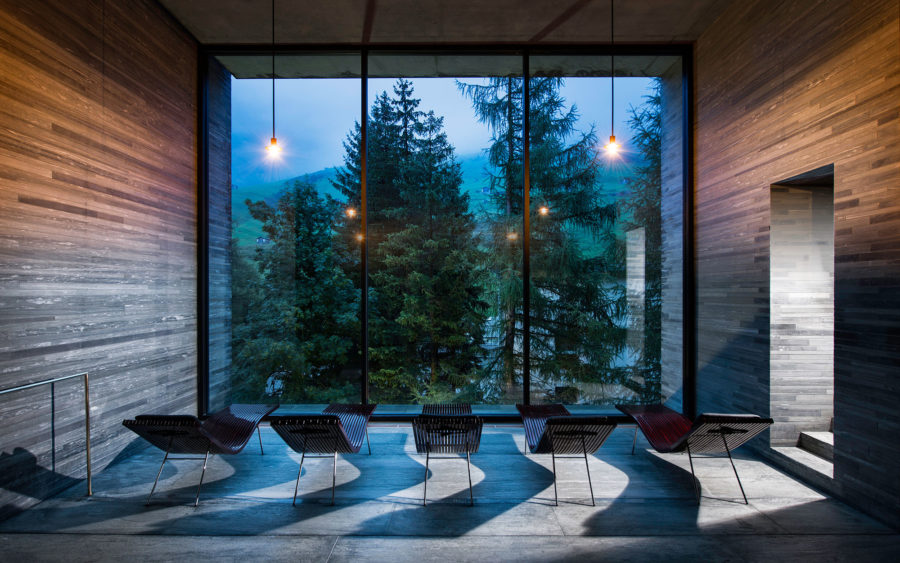