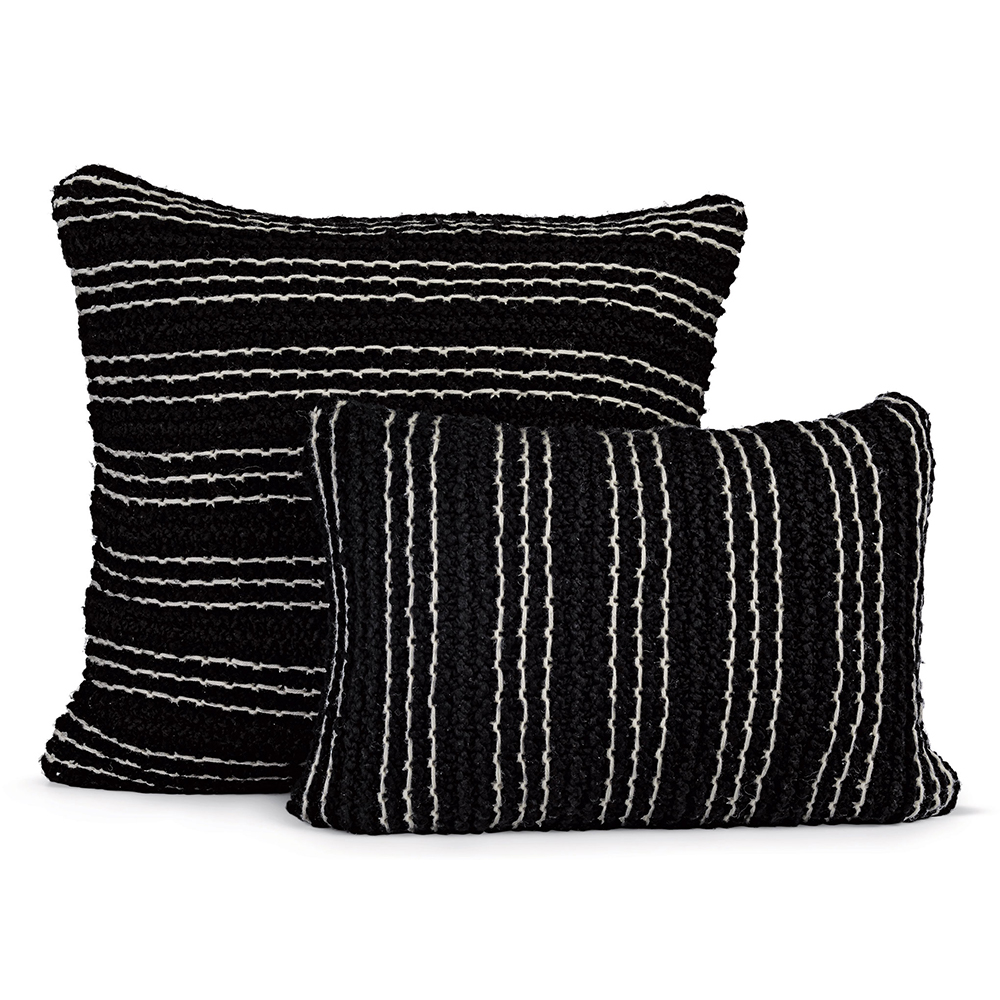 In 2013, knitwear designer Emily Diamandis sensed a growing interest in beautiful spaces as backdrops to satisfying experiences, whether created in domestic realms or sought while traveling. Diamandis had worked in fashion, and, in a 2007 stint, she launched a sweater program for Rag & Bone. When she established her label, Tabula Rasa, in 2013, she viewed it as a blank slate to make room for genre-transcending possibilities for knits. In her inaugural line, for instance, she featured home accessories alongside sometimes-matching ready-to-wear apparel. Since then, she’s continued to knit her way out of the craft’s conventional applications, spinning yarns into animated patterns for a variety of uses. It wasn’t long before her ingenuity caught the attention of Design Within Reach. The American retailer brought on Tabula Rasa, commissioning a capsule collection of hand-knit cushions. The just-released pillows feature a graphic motif adapted from early Agnes Martin paintings. “Yarns are like my pencils or pens,” says Diamandis. “They’re the medium I create with.”