From the Guggenheim Museum to Fallingwater, eight of the famed architect’s designs join the roster of the world’s most historically significant sites.

From the Guggenheim Museum to Fallingwater, eight of the famed architect’s designs join the roster of the world’s most historically significant sites.

Frank Lloyd Wright’s legacy continues to live on. Eight of the famed architect’s designs have been named to the UNESCO World Heritage List in an announcement at the annual conference in Baku, Azerbaijan. The Guggenheim Museum in New York, Fallingwater in Pennsylvania, Hollyhock House in Los Angeles, Jacobs House in Wisconsin, Unity Temple in Illinois, Robie House in Chicago, Taliesin in Wisconsin, and Taliesin West in Arizona have all been deemed worthy of preservation by the United Nations’s cultural organization.

“Each of these buildings offers innovative solutions to the needs for housing, worship, work or leisure,” says the World Heritage Committee in a prepared statement. “Wright’s work from this period had a strong impact on the development of modern architecture in Europe.”

Wright’s selected works join over 1,000 natural or man-made sites across the globe, which include the Taj Mahal, the Pyramids of Giza, the Great Wall of China, and 24 locations in the U.S. The process of getting this distinction took the Frank Lloyd Wright Building Conservancy, with the guidance of the National Park Service, over 15 years to achieve—a goal that, by many accounts, was well overdue. “The Guggenheim Museum is honored to receive this internationally esteemed designation that recognizes the significance of Frank Lloyd Wright’s contribution to cultural heritage,” says Richard Armstrong, director at the Solomon R. Guggenheim Museum and Foundation. “As we celebrate 60 years as an architectural icon, our Wright-designed masterpiece continues to serve as a beacon and inspiration for visitors from around the world.” 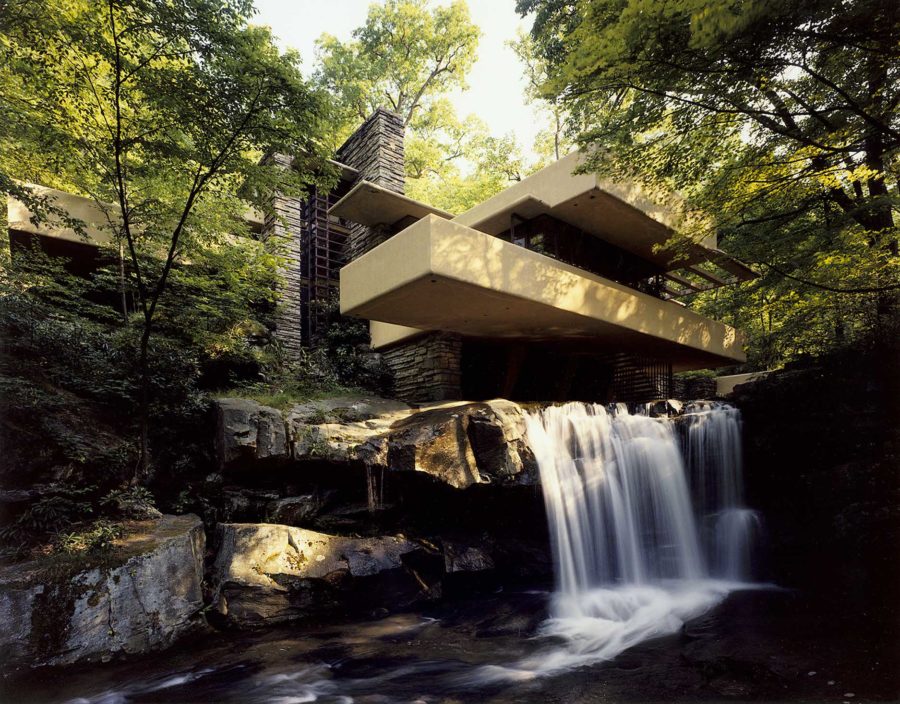 “It is brilliant when architects shape the future, and exceptional when their work becomes a unique part of the city’s landscape,” adds Danielle Brazell, general manager of the City of Los Angeles Department of Cultural Affairs. “We are grateful for the inclusion of Frank Lloyd Wright’s Hollyhock House on the World Heritage List, and thankful that the artistry of his work will be made available for all to experience.”

Considered to be the greatest American architect, Wright has pioneered the use of steel and concrete, implementing these materials in open floor plans that meld into a given structure’s natural surroundings. By being part of this venerable roster, Wright’s structures are given greater protection from demolition for being culturally and historically significant—not just in the U.S., but throughout the globe.

“To have this unique American legacy placed alongside these precious few sites around the globe is meaningful because it recognizes the profound influence of this American architect and his impact on the whole world,” says Stuart Graff, president and CEO of the Frank Lloyd Wright Foundation. “This designation is a great source of national pride, and while eight buildings are included in the inscription, it recognizes the importance of Wright’s work, embodied in every one of his buildings and designs.”

The Blanton Museum of Art Taps Snøhetta for Redesign

Trump Wants All Federal Architecture to Be...

Designer of the Day: Utkan Gunerkan