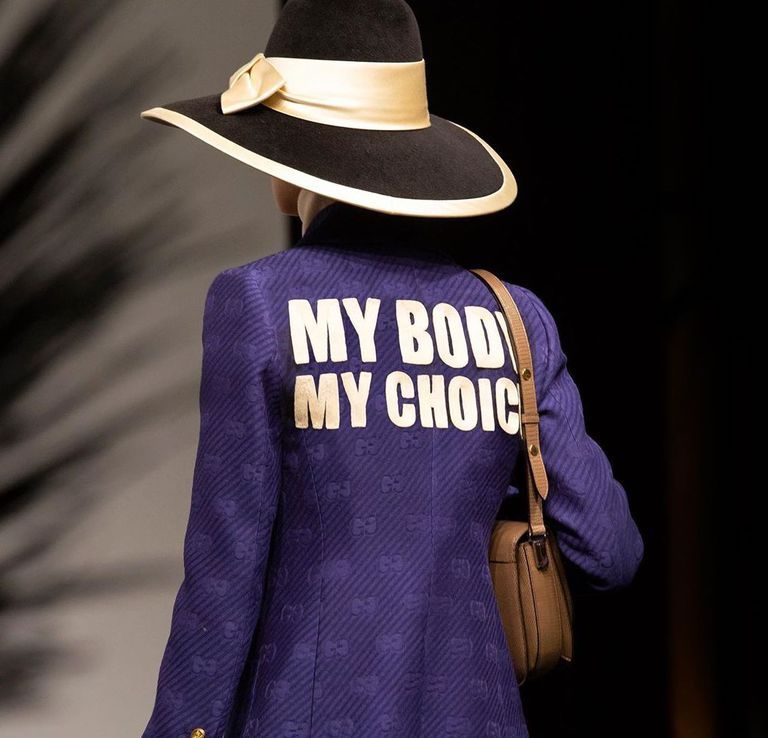 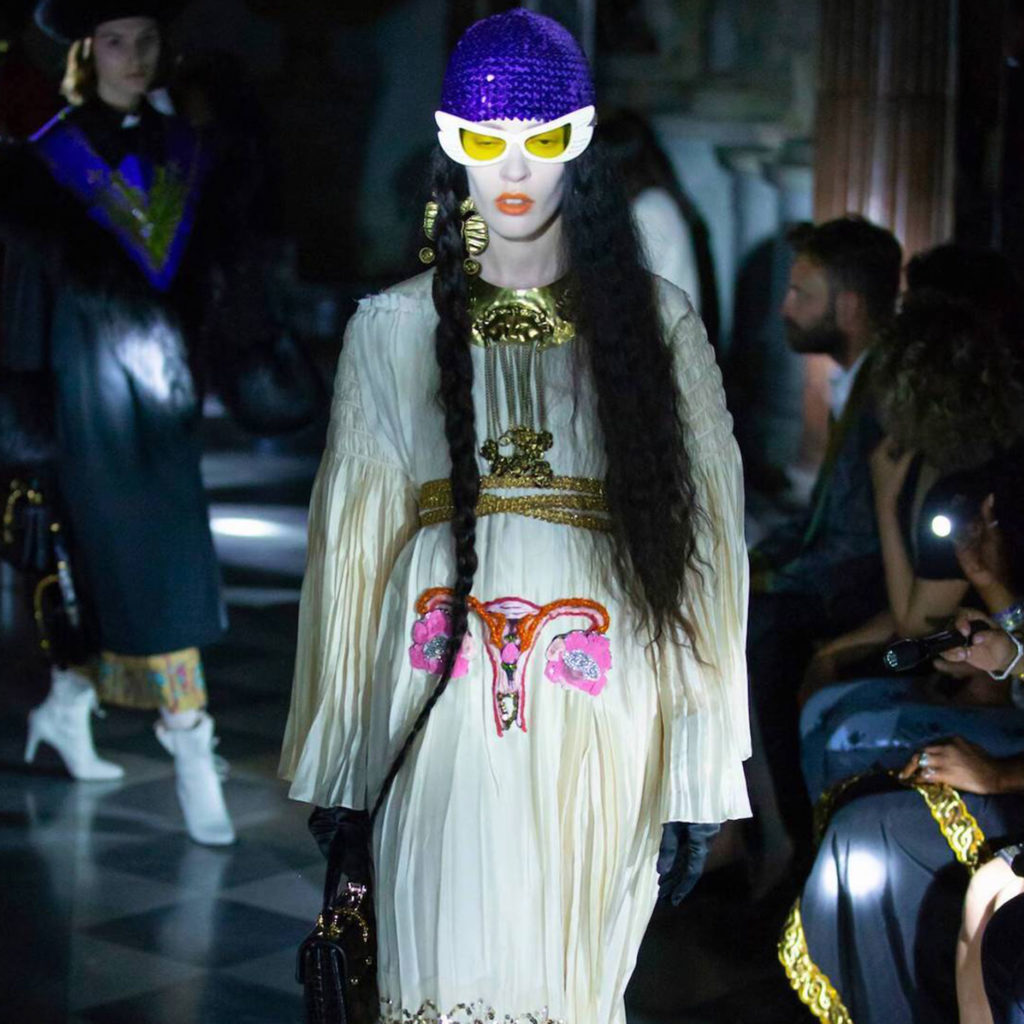 Gucci’s Cruise collection 2020 went on a Roman holiday—in this case, a topical, politically-charged one. The brand’s creative director, Alessandro Michele, showcased 97 looks for men and women at the Capitoline Museums in Rome. Here, the designer chose to take a stand against anti-choice legislation that has lately swept through the South—and has also been a hot-button issue in his home nation of Italy for some time.

“The uterus is a mysterious and wonderful part, we can imagine it with flowers, like a garden,” Michele tells WWD. “Women should really be respected and considered as much as men, they should have freedom of choice, even to interrupt a pregnancy, which is the most difficult one.”

This affirmation was most clearly visualized on a purple jumpsuit that had the feminist slogan “My Body, My Choice” emblazoned on the back. There was also a dress that had an appliqué in the shape of uterus with flowers taking the place of the ovaries; and a mini capelet that had the numbers “22.5.1978,” the date when Italy legalized abortions. Also, to have these pieces walk down a runway in the Capitoline Museums was even more telling. “It was important to organize this show in Rome to pay tribute, to glorify this place of freedom,” says Michele.

The venue—which traces its origins to 1471 when Pope Sixtus IV donated bronze statues to the people of Rome—certainly played into Michele’s sensibilities, which was marked by historical references (think long tiered dresses, togas and Fortuny pleats) updated with quirky prints, sequins and an eye-catching mosh pit of textures. Indeed, the embrace of cultures past and present is a characteristic that is intrinsic to Michele’s output. This collection, however, had a more profound statement in play.

Martha Stewart Is Opening a Restaurant in Las Vegas,...

Storm King Art Center to Undergo a Major Refresh, and...

A Seafood Restaurant in Portugal Needles the Nautical...

This Pillow Chair Is a Portal to the Italian Riviera