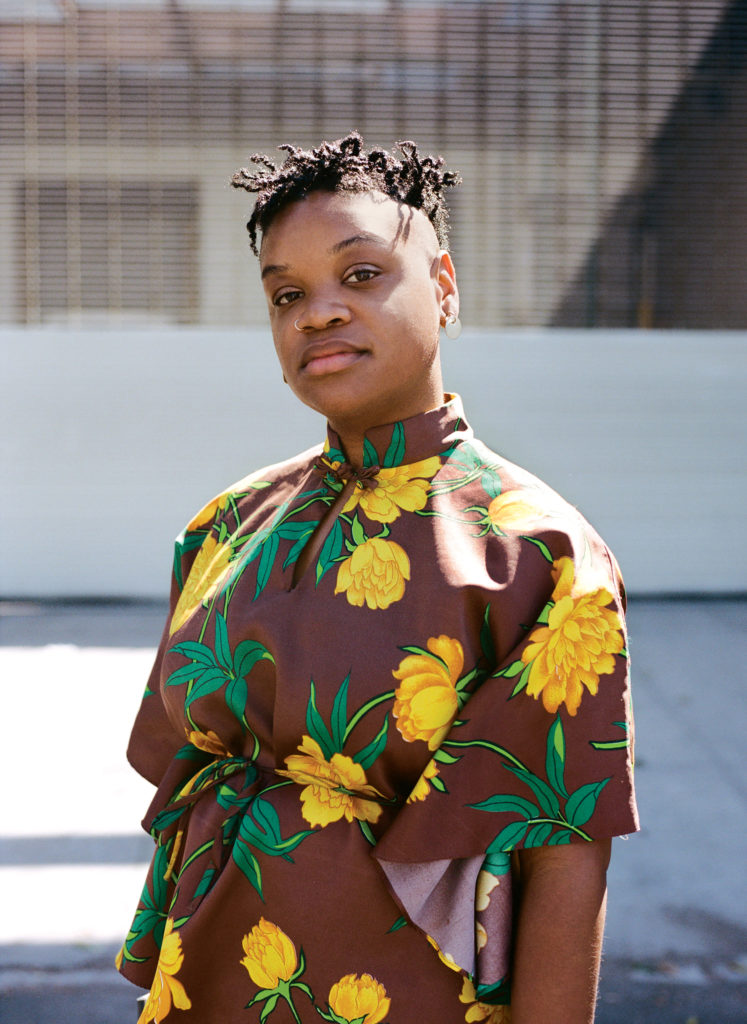 This Hammer Museum Curator Uses Cinema to Educate and Empower

Film has always been a point of departure for Erin Christovale, a rising curator at the Hammer Museum in Los Angeles. So it’s perhaps not surprising that she describes herself as “that kid who would spend most of my time in the foreign film section at Blockbuster, watching everything from the 1998 German thriller Run Lola Run to classics by Chinese director Wong Kar-Wai.” Still, it wasn’t until Christovale saw Jennie Livingston’s iconic 1991 film Paris is Burning about voguing culture, that she recognized film’s potential to tell deeper stories. That encounter with “black folks and the black community being their true, authentic, liberated selves,” she recalls, set her on a course to view herself—as an Angeleno, black woman, and curator—with a new sense of purpose.

Eager to explore the vast archive of black cinematic life, Christovale hatched the touring video program the Black Radical Imagination after earning her B.A. at the University of Southern California’s School of Cinematic Arts. She has since organized screenings at institutions like New York’s MoMA PS1, MOCA in Los Angeles, and ICA in Boston, among other spaces. Her breakout moment came in 2018, just one year after becoming an assistant curator at the Hammer, when she co-curated the museum’s signature “Made in L.A.” biennial with then-senior curator Anne Ellegood, now director of the ICA Los Angeles. Expanding the representation of gender, race, and class in the show, Christovale invited artists to engage with the changing cultural landscape of Los Angeles.

“I wanted to hone in on the political climate leading up to the show,” she says, “and really counter the polarized narratives around it.” The exhibition brought many underrepresented artists to the forefront, giving them widespread national and international attention. “‘Made in L.A’ 2018,” notes Ann Philbin, the director of the Hammer, “will be seen as a landmark show for a whole generation of extraordinary artists like Lauren Halsey, Diedrick Brackens, and EJ Hill, and that is thanks, in large part, to Erin’s vision.”

For the museum’s recent group exhibition “Belonging,” Christovale drew on bell hooks’s essay collection Belonging: A Culture of Place to showcase notable works by artists such as Rodney McMillian, Lorna Simpson, and Betye Saar. From McMillian’s 2004 Chair and Books, a sculpture of found books sandwiched between two repurposed armchairs, to Kori Newkirk’s 2001 Still Nothing, a depiction of an idyllic promenade made entirely of beads and hair extensions, Christovale offered a fresh perspective on place and private spaces. Already at work on an exhibition by artist Ja’tovia Gary and her first major solo-curated show in 2020, Christovale continues to use both her personal history and the larger community as form and content. “I’m always seeking spaces to interrogate and learn from the rich resources available to me,” she says. “I don’t want to be limited.”

An Artist Whose Medium is Extinct Flower Aromas and Birdsong Choruses