A High-Concept Bar Arrives in Frankfurt

What is it about ill-behaved animals and delicate houseware shops? One evening in Frankfurt three friends became fixated on the German expression ein Elefant im Porzellanladen (an elephant in a porcelain shop), riffing on wordplay and brainstorming ways to translate the expression into a physical space.

The idea turned from witty conceit into a blueprint when developer Steen Rothenberger asked his fellow collaborators, bartender Sven Riebel and designer Robin Heather, to conceive a bar for a historic building he was managing in Sachsenhausen, one of the city’s oldest neighborhoods, known for traditional apple-wine restaurants and cheap dives. “We wanted to create an art room, like in a gallery, but a place where you can get a nice drink,” says Riebel, who won awards for his first project, the minuscule Tiny Cup. 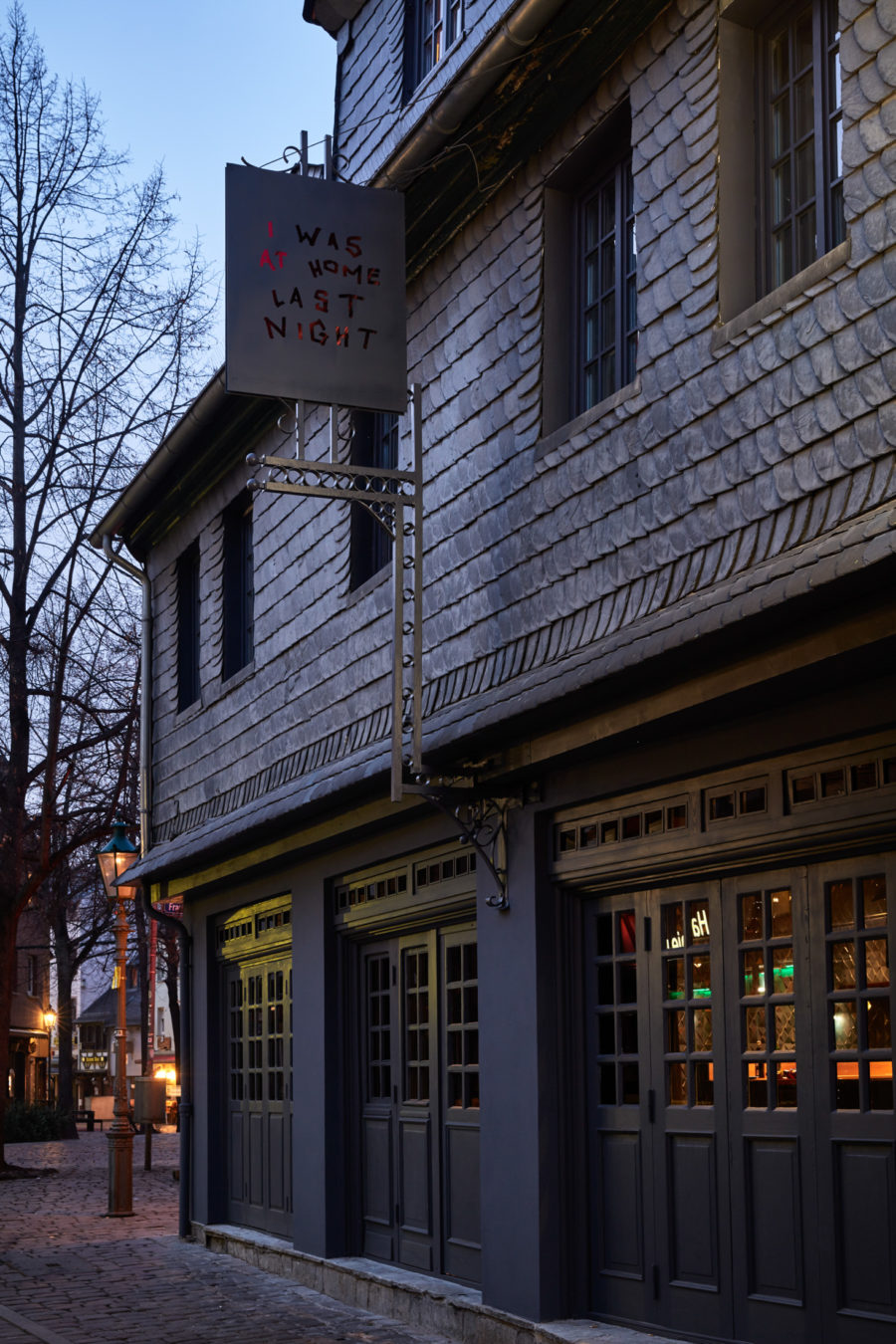 Bonechina is similarly small in stature but big on concept. Heather and his partner at Studio Aberja used the German idiom as a design brief for the space, located in a narrow 18th-century building, tapping a Bavarian ceramic producer to create Prussian blue walls that resemble an elephant’s skin, and local artist Marc Rammelmüller to fabricate a five-foot porcelain elephant inspired by origami. “We wanted the phrase to be a red thread through the design process, with the sculpture being the main element of the space,” Heather says. “The contrast of the heavy elephant and the fragile porcelain was so interesting to us.” Much of the bar counter on which it sits, although topped with pear wood, is covered with the same tiles, while the rest of the room is tastefully outfitted with reupholstered vintage Knoll chairs and museum-style benches designed by Aberja.

The intimate layout puts strict limitations on crowd size, a characteristic Riebel actually prefers. “I like when a place is more of a kitchen party than a bar,” he says. “For me, the point is less about drinking and more about the communication between people.” To that end, at Bonechina there’s no vanity backboard or even an official bartender. Riebel prepares classic pre-batched drinks such as Negronis and Gimlets—there’s also bottle service which comes with artisanal ice cubes in regularly changing flavors like tangerine or rosemary—but otherwise encourages guests to serve themselves. Call it post–celebrity mixologist, where the border between bartender and patron is broken down. “We want the art to stay alive and be the focus, rather than the drinks,” he says, before revealing the elephant’s big surprise: a trunk that dispenses housemade tonic water. “It’s a bit of a geeky secret, you don’t know unless someone explains it to you,” he says. “That way the art becomes like the town fountain in a marketplace.”

Art and Commerce Come Together at the Seattle Art Fair