How It’s Made: Leica

Produced by Surface Studios in Partnership with Leica
February 13, 2017

Taking pictures 100 years ago was impossible without an unwieldy raft of heavy equipment. Then an introverted design engineer and photography enthusiast named Oskar Barnack decided to create a fast, lightweight handheld camera. Thus, in 1914, a rollfilmkamera, called Ur-Leica, was born in Wetzlar, Germany.

In the century since, the camera produced some of the most iconic imagery of documentary and war, and became the preferred tool of photographers such as Gary Winogrand, Elliott Erwitt, and Henri Cartier-Bresson. The film is mostly gone, but the cameras and lenses are still capturing profound moments.

Leica is located squarely in the center of Hesse, one of the German states known for manufacturing and industrial wealth. For generations, glass-grinders and optics specialists have occupied the region, and the best workers and machine-makers are still all concentrated here. Three years ago, the brand opened a new headquarters in a low, curved gray building, set on a plateau ringed with high grass at the city’s edge. Its shape, suggestive of the silhouettes of binoculars and lenses, is symbolic of the innovation that continues to happen inside. 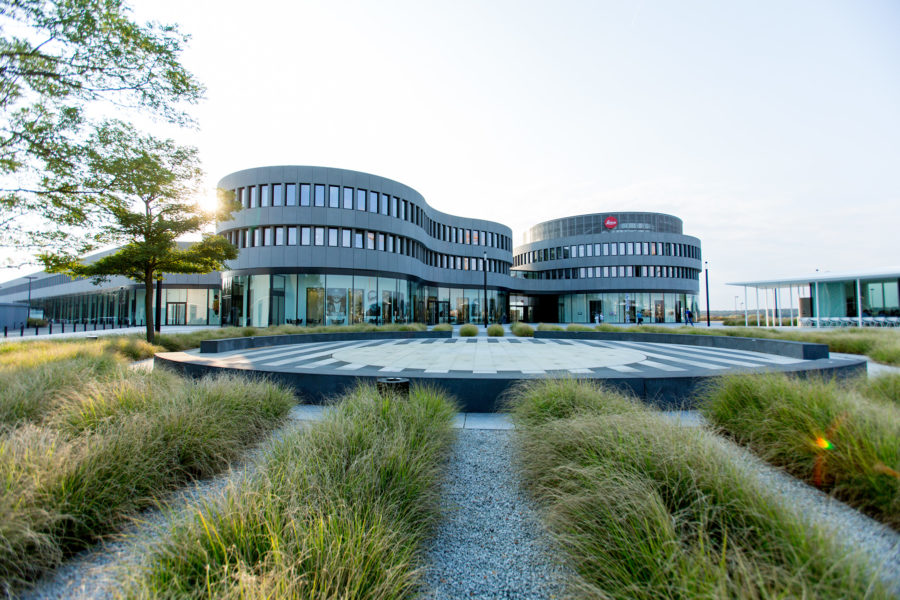 With the silver-and-gray design of Leica’s iconic 35 mm M-camera body mostly unchanged, today the company’s main area of R & D is in cameras, lenses, and optical engineering. “Leica stands for the best quality image, and that’s obviously determined to a large degree by the optics,” says director of operations Svetomir Stankovic, who manages the hometown factory where dozens of specialized craftspeople prepare and assemble lenses and cameras in white lab coats. Their honed-in expertise stems from the brand’s knack for precise engineering and painstaking assembly—the result of Leica’s many years of experience in construction, stringent quality and material standards, and continuous development. Beyond that, Leica is known for its unique bokeh, a Japanese word that means the beauty of the blurry part of the picture, Stankovic says. The company is constantly searching for ways to improve the quality of optical components, experimenting with new manufacturing techniques and lens shapes.

We recently visited the Leica factory to capture the making of the M camera.

The panoramic glass windows of Leica’s modern headquarter in Wetzlar, Germany, run along the base of the building, reminiscent of a strip of film. Inside, the lobby hosts photography shows curated in-house, and a permanent exhibition that displays every Leica camera and lens ever produced.

Because the glass in the lenses is mounted using mostly screws and very little glue, they maintain longevity. “You could buy a Leica M lens from the 50s and you could still use it these days,” Stankovic says. “After cleaning some dust, it would work perfectly.” 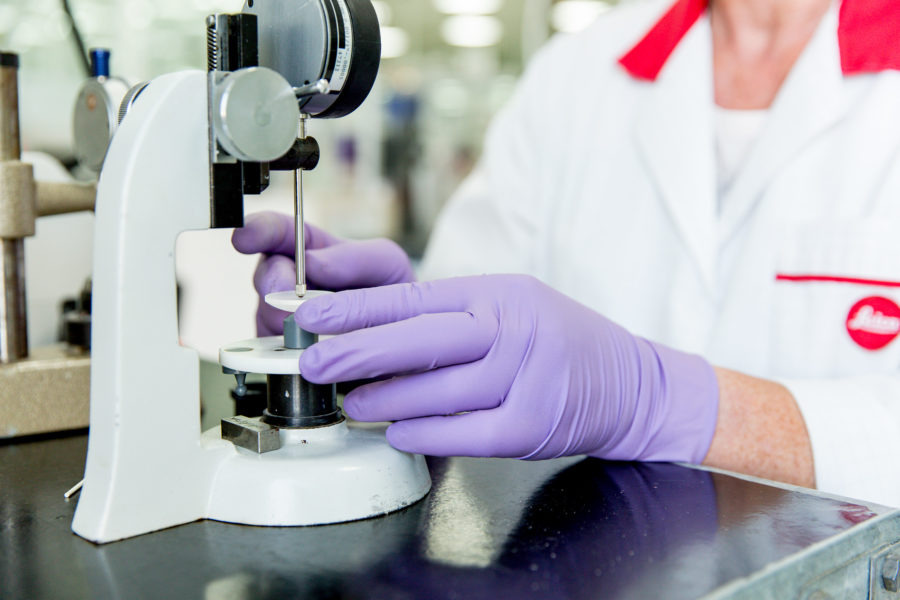 The uniforms of Leica’s specialized factory workers—white lab coats and latex gloves—resemble those of scientists. Much of the glass used in the lenses is highly sensitive and can be damaged by air or contact. The glass used in the topflight S- and M-line lenses arrives encased in soft paper from two suppliers: one in Japan, and the other further west in Germany.

The glass is ground and polished to create an aspherical lens. This specific shape and surface are complex, but optimal for optics. The surface of the lens is tested with an inferometer, which uses a hologram to imitate the optical response to a perfect lens. This is compared against the one being measured. During manufacturing, finished lenses are susceptible to oxidation before an antireflective coat is eventually applied. To combat it, a special coating is used for protection during assembly. Next, the aspherical lens will be built into a lens head. 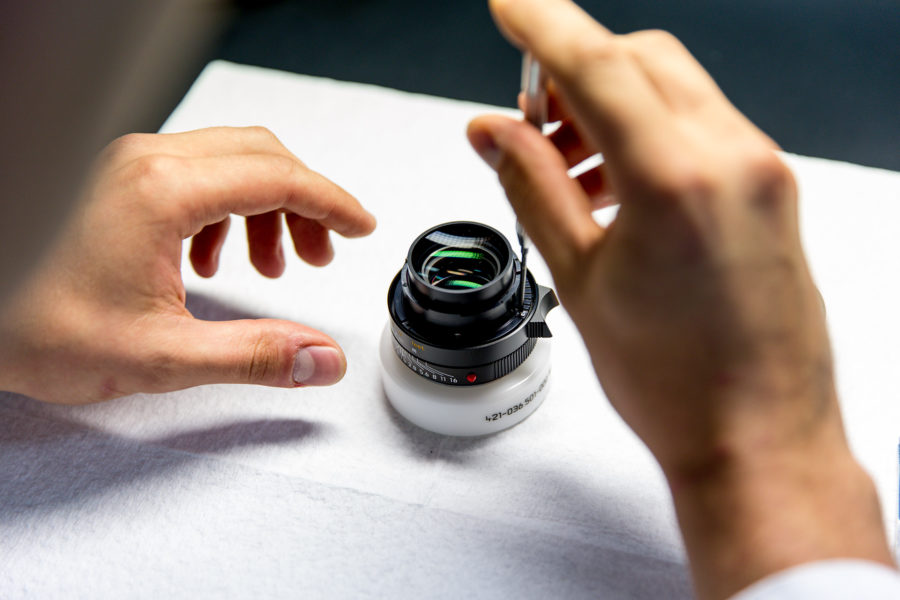 Before an aspherical lens is mounted to its body, it goes through an ultrasonic bath to ensure there is no debris, receives an antireflective coating, and is inspected for dust and cosmetic issues. From there, the lens head is put together by hand, and adjusted for aperture. Sterile workplaces called “clean rooms” are designated for assembly, to guarantee that the environment is free of anything harmful. Outer cylinders of the lenses are blackened and lacquered by hand. The lacquering, aside from its aesthetic benefits, also serves a technical purpose: to absorb stray light. As each one is assembled, moving parts are greased, also by hand. 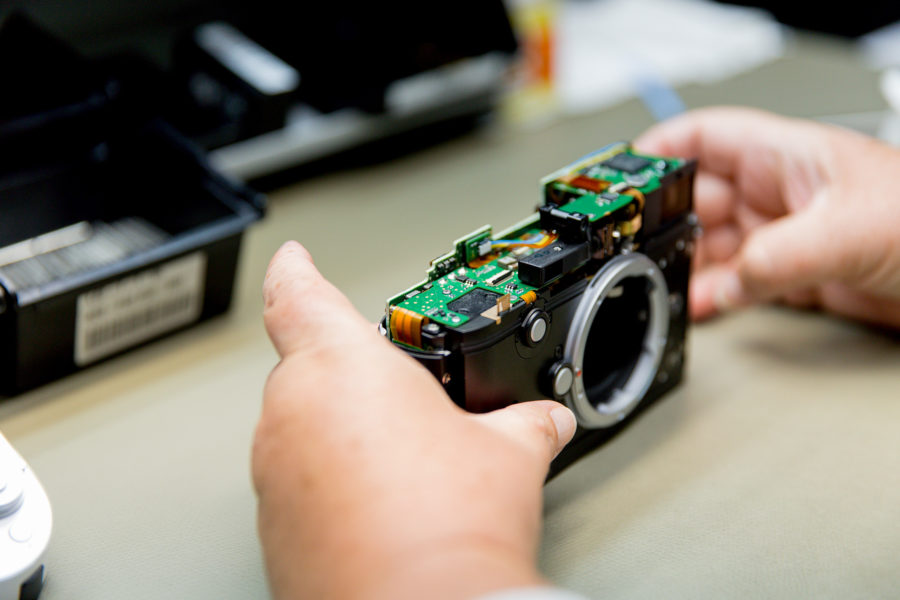 Leica has adapted to the digital age by creating its own chips and light sensors to work inside its cameras. Still, the company notes, that after an initial adjustment, film camera sales are again increasing.

Regardless of the format, it’s the brand’s forward thinking innovation and technology that converts photographers into lifelong Leica devotees—and it all leads back to Wetzlar, Germany.

Learn more about the Leica M-System.