A look at the architect’s set for the new play Lobby Hero, starring Michael Cera and Chris Evans. 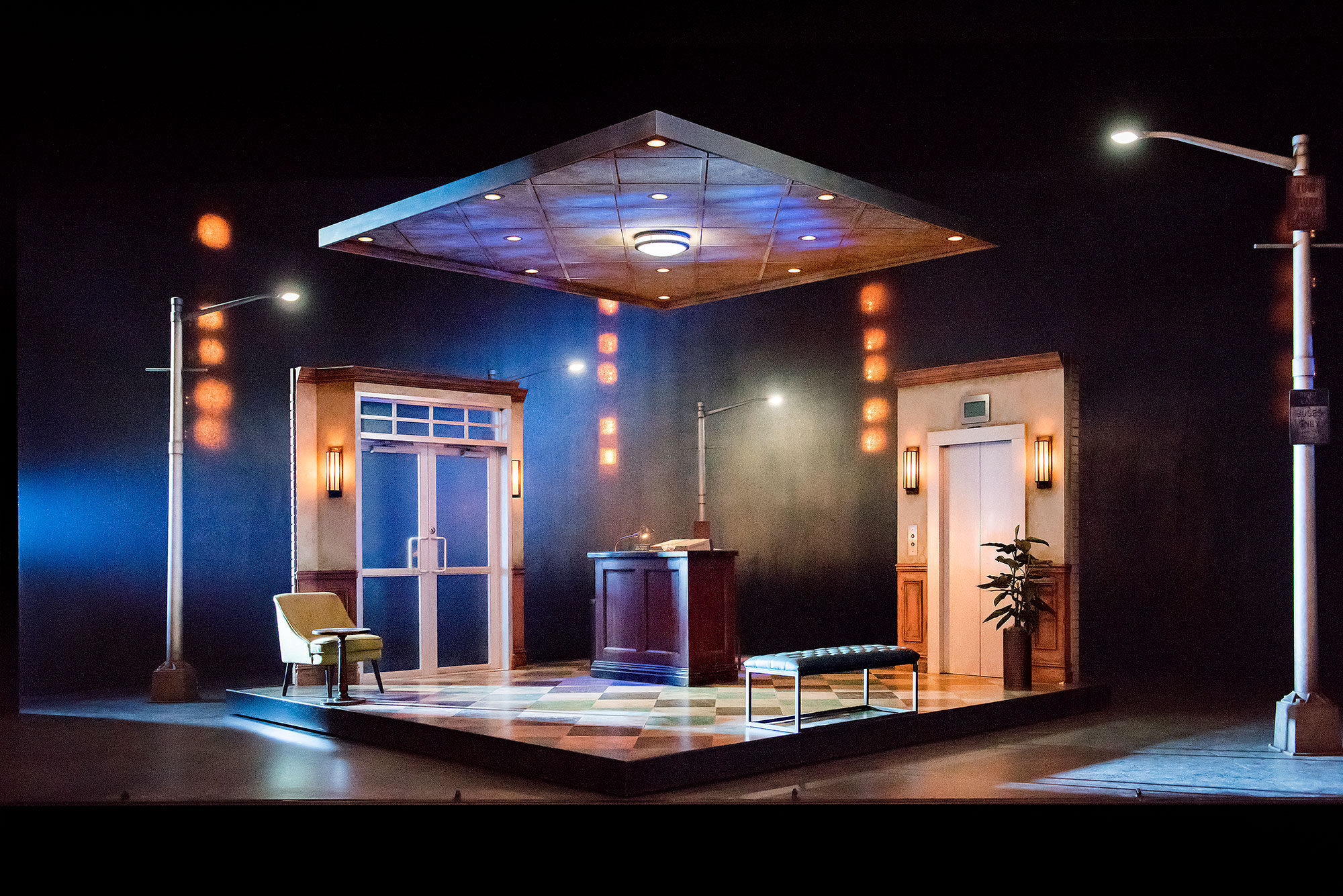 David Rockwell is a self-described theater nerd. Growing up in Deal, New Jersey, his family was involved in community productions—an interest led by his mother—and this passion seeped into his design practice, which is now renowned for its theater and set-design work. (Rockwell Group has done sets for, among other Broadway productions, Lucky Guy, Kinky Boots, and Catch Me If You Can.) For his latest, the play Lobby Hero, his work designing interiors informed him.

As its name suggests, Lobby Hero required him to reinterpret a space he is quite familiar with: the lobby. The nearly two-and-a-half-hour-long play, starring Michael Cera and Chris Evans, takes place entirely in the foyer of a shabby New York City apartment building. “I think it’s such an interesting connection,” Rockwell says. “The lobby doesn’t look like a lobby we would’ve designed. It’s sort of down-market.” It’s simple, too. The space has only one desk, an elevator, a corner chair, and double doors, which rotate together throughout the show, a decision that came out conversations with director Trip Cullman. “For Jeff [played by Cera], who is a security guard at the lobby, we want to see him working, even when he isn’t talking,” Rockwell says. “We want to be able to observe his interactions, even if that means seeing his desk from the back.”

Unlike many of Rockwell’s interiors, the space is not meant to be warm and welcoming. “Lobby Hero is written for a compressed space—a sort of no-escape place,” he says. To that end, the low hanging ceiling is responsible for creating the feeling of being enclosed. “We thought that having this compression, in some ways, is a little bit emblematic of the loneliness in the lobby.” It’s a compelling contrast to the recently renovated Helen Hayes Theater it’s showing in. Rockwell is also behind that updated space, whose walls are adorned in a blue, pixelated depiction of Bacchus and Ariadne, bringing fresh appeal to theater-goers like himself.